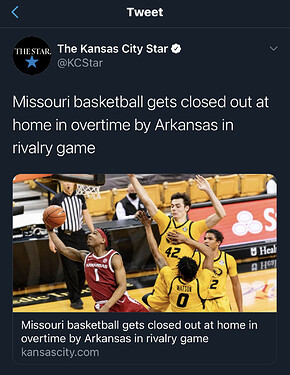 Yes it does. In fact, we’ve won 3 in my eyes. They all begin with the letter M. Then there are the three wins over two coaches I can’t stand. Now if we can just beat the hated gators and the SA offering boy wonder of the bayou, it will be a very satisfying season indeed.

Honest Ben at Moo U
Greaseball Cal at Kentucky
Will the Gangster at LSU
Lying Bruce at Auburn
I would guess those are some that would qualify to your definition of those we should dislike. These gentleman have a few things in common a lack of integrity, when they move their lips you can take it to the bank they are lying
And they lack a moral compass!

Yep. Seems that a lack of integrity is more acceptable these days.
If Washington had a moral compass, it vanished long, long ago.

I’m not familiar with a coach Washington?

I think he’s referring to Freddy Boom Boom Washington, star player at Brooklyn’s James Buchanan High in the 70’s. After his pro career, Washington came back to his old school, as all Buchanan grads do, and got caught up in a play for pay scandal that cost him his job as Head Basketball coach at Buchanan High.

Pretty sure that’s the wrong Washington he’s referring to.

Are you sure Jimbeau? LOL. I like my Washington better!

Some of these coaches never had integrity to start with! Especially Greaseball Cal?