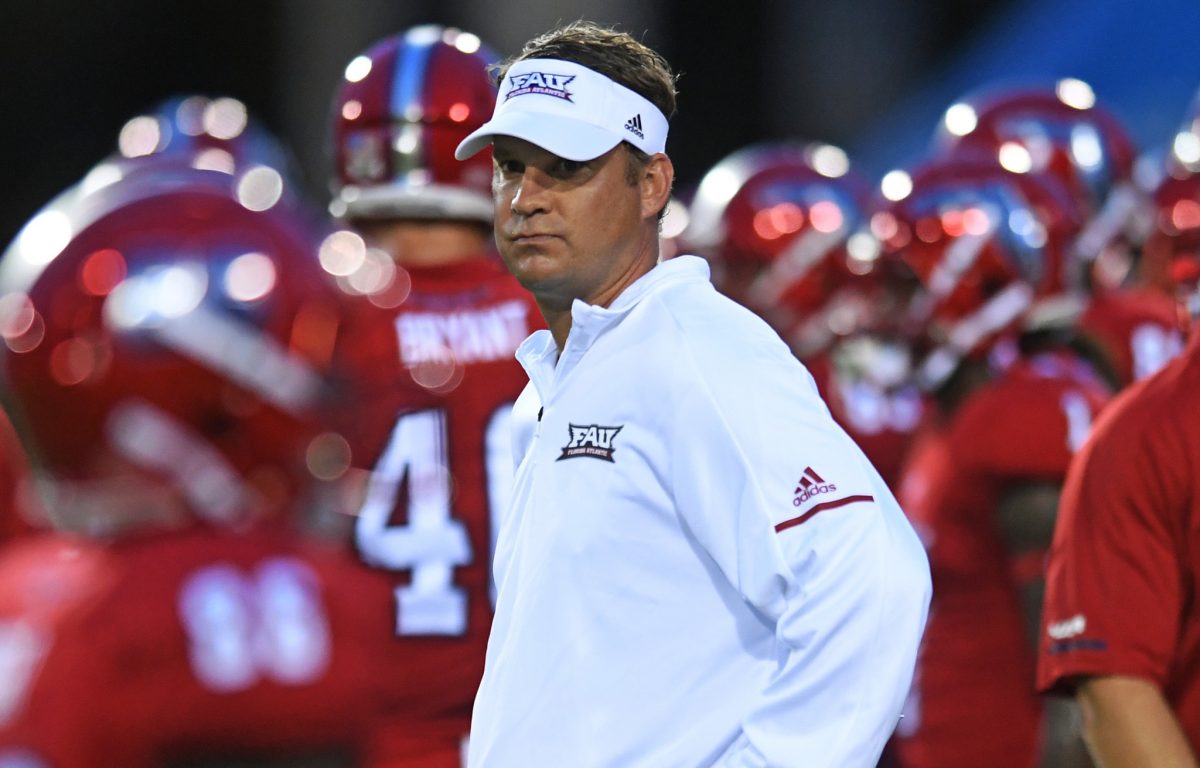 According to sources tonight, FAU is preparing an offer with the intent to keep Lake Kiffin in Boca Raton. We continue to hear that Lane is in talks with Arkansas, but have also heard throughout the process that even if the Razorbacks ultimately...

Well, don’t want him if he doesn’t want to come, and they can’t touch the salary we’d pay.

I’m sure they will remind him that the $500k raise that has been mentioned in some places goes a lot further when you don’t have a state income tax. Still, FAU is unlikely to get even close to the package Arkansas can offer.

Additionally the money Kiffin could make from opportunities outside the contract is probably a lot higher at Arkansas than at FAU.

And it is not cheap to live in Boca Raton.

I can vouch for that, I lived there for 11 years. They more than make up for no income tax with real estate taxes and housing costs.

I’d be much more worried if they didn’t try to keep him.

Still don’t think his going to leave the state of Florida. Just doesn’t seem like Fayetteville would fit is style. Remember what happened the last time he lived in the hills. What it last a year? Cali or Florida for Joey Freshwater.

I’m not saying he is definitely coming to Fayetteville, but he is not staying at FAU. This might be the most clamoring for him that he will ever see again.

He should make a move.

A lot of options in the state of Florida. Don’t see him at Ole Miss or Mizzou.

The lifestyle thing only works if he decides he does not want to coach at a higher level in the foreseeable future. Frankly, based on his previous career moves I don’t think it’s a serious consideration.

Also don’t forget that a Boca lifestyle is not necessarily a Florida lifestyle. The two biggest football schools in Florida are in the northern third of the state, in towns that aren’t on the beach and would be beyond dull if not for the colleges. Having been to Tallahassee a time or two and Gainesville lots of times, I can safely say that the lifestyle in NW Arkansas would compare favorably. I suppose he could hang around and see if Manny Diaz fails at Miami in a year or two if he didn’t want to move from South Florida, but that sounds pretty chancy career-wise.

He’s also out of options for SoCal unless UCLA opened up in a couple of years, which again seems pretty chancy.

Also don’t forget that a Boca lifestyle is not necessarily a Florida lifestyle. T

Yeah. I remember when I moved to South Florida, someone told me that it’s the only place in the US you have to go north to find the South. They weren’t wrong.