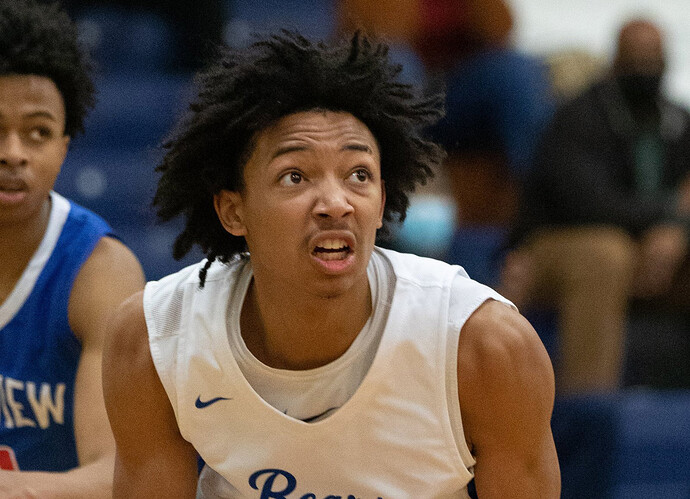 Really want him and Walsh.

Can you imagine. Bring back the winning ways of the mid 90’s. I remember perennial top 10’s- at least I think so. I like the thought of 25 wins being the bar we set.

Has he given a timeline to announce his decision?

Smith is unsure when he’ll announce his college decision.

“I’’m really not sure yet,” Smith said. “I’ve been talking to my dad about it. I’m not really in a rush to commit anywhere right now. Just weighing my options and hearing everybody out is one of the goals I want to get done first before I make any decision.”

I’m starting to think Arkansas might get both Smith and Walsh. Certainly wasn’t feeling this positive about both players a month ago or so. Trying to be patient, but I’m ready for these 2 young men to go ahead and commit.

Interestingly, I’ve been seeing things within the last week that indicates we may be the favorites to land both

I really, really hope so,

BUT, as both RD and DD say, in recruiting nothing is a sure thing

Senor RD are we gonna pull this off? I hope so even if it causes me to shriek so loud in the house it scares my wife and makes her mad! 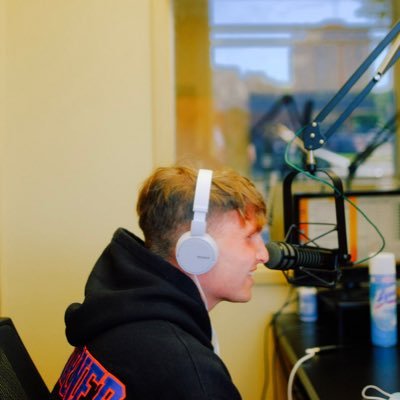 @jakeweingarten
Top-5 prospect and senior guard Nick Smith Jr. is down to Alabama, Arkansas, Auburn, and UAPB, he told @Stockrisers. Has taken visits to all three programs and is TBD on a commitment timeline, despite reports.

Mr. Smith just picked up a crystal ball for the Hogs on one of the sites and now I’m nervous but cant get too excited until I hear something from Senor Davenport or Senor Dawson.

@ArRecruitingGuy
ESPN 5-star Nick Smith Jr. (@ntsmith1402) has announced a top 4 on Instagram. He officially visited the Hill over the weekend. #WPS https://t.co/OWW8qHNdn3 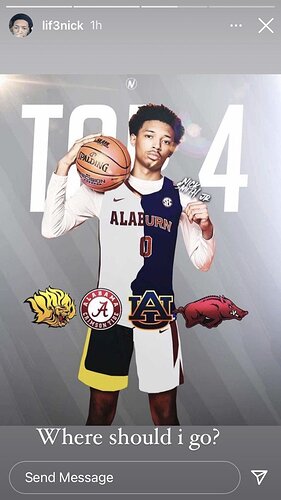 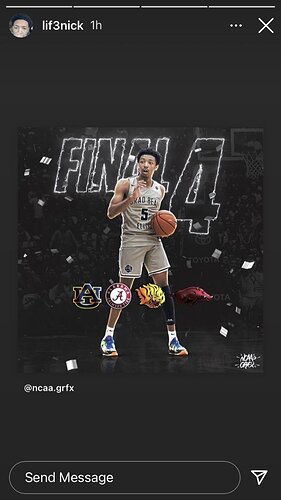 Reminds me of the old Sesame Street song “one of these things is not like the others” .

There’s been a significant push for top African-American athletes to attend HBCUs, so it makes sense that he’s showing interest in one. For someone with his talent, I don’t think it really matters which of the 4 he attends as far as reaching the next level.

Still too tough for me to read an predict.

I would have said there’s no way a month ago.

I would not say that now, but still not ready to call it.

Is Nick intent on only playing a 2G spot? Is an entrenched Devo an impediment for him?

OR, could Muss have sold him on comparing him to Moody as a player. He’s only 1 inch shorter than Moody. I don’t know his wing span and I guess he’s a little light to play a 2/3.

Or, maybe Muss sold him on how he would use Nick and Devo in the same lineup in his position less line-up? I don’t know much about Nick’s stats other than scoring. Is he a good rebounding guard?

Or, is Devo thought to be a 2 and done and headed to the NBA? That should be extremely attractive for him to come in as Devo’s replacement.

Dang, I had given up on Smith, Now I’m getting excited again. I really don’t want to get disappointed twice with Smith.

But I would LOVE to have hm.

No, not intent on just playing the 2

Nick is more athletic than Moses, but I am sure there have been some comparisons drawn between the two

Nick is solid all around

Yes - it is all about being position-less these days

Unless Devo has really improved his shot, I don’t see him as a 2-and-gone

Thanks Dudley. Really solid answers. I appreciate it.

I’m hearing conflicting stuff. Not about to predict.

If I hear otherwise I’ll say.

As Nick said the other day, no timeframe for a decision.