Fairfield lost its first game in the MAAC tournament

Which brings up the question, would the committee give them an at-large bid if they lose again, thus taking a spot away from somebody like Alabama or Georgia? They’re still #3 in RPI.

Probably. They would not want to be accused of regional bias.

I have no idea how weak their conference is, but it’d be tough to deny them a spot in the 64 team field. They might be really good.

They played a conference only schedule. That makes RPI a weak statistical tool with the lack of heterogeneity in their schedule.

In previous years, their conference (MAAC) was somewhere in the bottom 3 of all conferences RPI.

That said, I want to see them in.

I’m sure the MAAC is quite weak. Having said that, going 35-1 in the regular season is still unbelievable even in a bad league. They were never going to host but IMO they should get in, even if it takes a spot from a bigger name. Of course they could make the committee’s life easier by coming back out of the loser’s bracket.

Beating Monmouth temporarily moved Fairfield back up to #2 in RPI pending what Vandy does against us tonight.

I would be good with them taking a spot away from LSU.

They don’t deserve it any more than another bottom feeder league winner losing in their tourney. RPI is not a good tool in this instance. Meaningless since they played weak teams.

I’d be willing to bet if we’d played a 36 game MAAC schedule we wouldn’t have gone 36-0. It’s baseball and weird things happen. Bad bounces, bad umps, slipping in the outfield, forgetting how to throw strikes. Yeah it’s a bad league but 35-1 is still impressive. 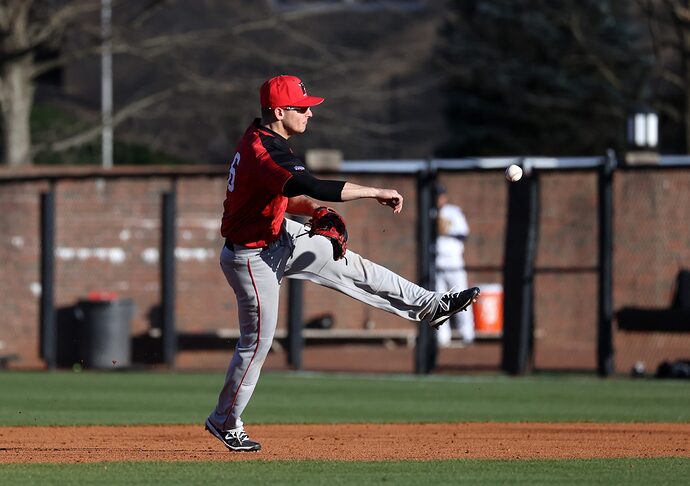 Canisius on Wednesday upset Fairfield in the MAAC Tournament , dropping the Stags to the loser's bracket and reinvigorating debate about their NCAA Tournament resume, plus other news from bubble teams.