Exclusive: Texas, Oklahoma reach out to SEC about joining conference 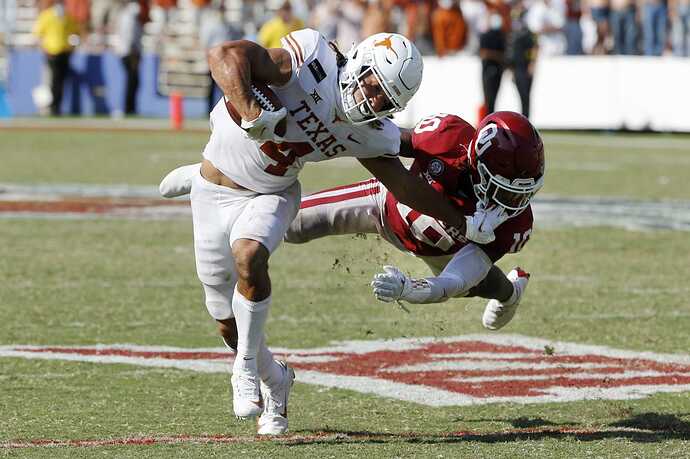 Exclusive: Texas, Oklahoma reach out to SEC about joining conference

Schools have reached out to SEC about forming a 16-team super conference, a high-ranking...

Funny how that worm has turned. Can you imagine texas trying to get A&Ms vote on this. Beg suckers!!

Can’t read it without a subscription. 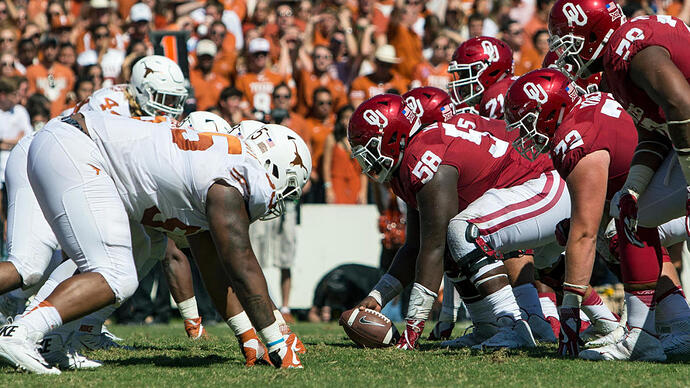 Talk about full circle. Arkansas and A&M and Texas were planning to leave the SWC but the Texas government got involved so Arkansas came over but the others did not.

Georgia Tech wanted to come back to the SEC but the guy from Auburn vetoed that.

If this move actually happens, the SEC would be beyond belief.

Texass wouldn’t accept being in a league where they couldn’t call the shots IMO. And Bevonet would also have to be folded into SECN. But if it’s gone this far…

Unimaginable power level in multiple sports. Send one east and one west and flip Auburn and Missouri.

Holy cow! Does A&M have enough clout to block UT?

A large portion of Hog Fans can resume their SWC-inspired hatred of burnt orange.

You talking about send OU to the East? That’s even dumber than putting Misery there.

I think 16 teams would mean the end of divisions and a pod system of scheduling – three or four permanent opponents and rotate the rest. Take the two best records for the SECCG.

But if you had to have divisions, I like Piggus’ setup. EOE, the Clips and Misery to the West, send Bummer and the Bagmen to the East.

Here’s how a pod could work: A nine-game SEC schedule would be preferable but it could work with eight. Give everyone three schools that they play every year (Misery, TAM and OU for us, maybe), and rotate the other 12. A nine-game schedule would mean you play half one year, half the next, and play in every stadium in the league once every four years. If you kept the 8 game schedule, you’d play five rotating teams every year and it would take five years to get to every SEC stadium instead of four. Which is still better than the current setup (Georgia still hasn’t been to Kyle Field, for instance).

I wonder what schools like Ok State, Texas Tech, and Baylor are thinking.

Hoping for some politician with clout to bail them out.

I really find it hard to believe Texas would give up the Longhorn Network for anything, it makes a buttload of money for them.

I wonder what schools like Ok State, Texas Tech, and Baylor are thinking.

They would be screwed, first and foremost. Because the Little Dozen would be deceased and nobody’s going to want to scoop them up in the Power Five (Baylor in the Pac-12? Not a chance, not if they don’t want BYU now).

I really find it hard to believe Texas would give up the Longhorn Network for anything, it makes a buttload of money for them.

Bevonet is worth abut $15 million a year to EOE. They’d make more than that from SECN right off the bat.

No, numbskull, Missouri should be in the west. Aggies would likely push hard for Texas to the east. Auburn has often been mentioned, with sound reasoning, to the east. I know stats are easier for you than strategic thinking but lean into it. Even people with average intelligence can see this as one potentially leveling set up. Regular match ups between OU and Texas could be accommodated. Texas playing Georgia and Florida every year would be a fun match up of those three rich hotbeds of high school talent.

Don’t take the bait, Jeff. This is a good thread thus far.

Let me clarify here. I’m not calling you dumb. I’m saying it would be dumb for the SEC to do that. Want to even up the divisions? Put Bama and Auburn in the East. The West would still have Texas, OU, LSU and A&M, which compares favorably with Bama, Auburn, Florida and Georgia in the East.

What would be extremely shortsighted is to make divisional assignments now based solely on perceived strength, as the Big Ten found out when Michigan fell off. Yes, Bama is a juggernaut now. But they weren’t always a juggernaut and at some point in the future they’ll fall off again. They fired Mike DeBose for a reason, and Saban won’t be there forever. OU was pretty mediocre before Stoops got there and they’ll be mediocre again in the future. It happens. Texass is mediocre now. Whatever happens with competitive balance in the future, at least Bama-Auburn to the East makes geographic sense. But a pod setup makes a lot more sense.

You so swift. I was reading one of your timely and fact filled post somewhere in the last day or so and it came to me after admiring the BOBBY, BOBBY t-shirt that you need a shirt that reads{FACTOID MAN}. Truly, I am amazed and appreciate all the informative information you bring to this board. And tuschhawg, anytime can be naptime. 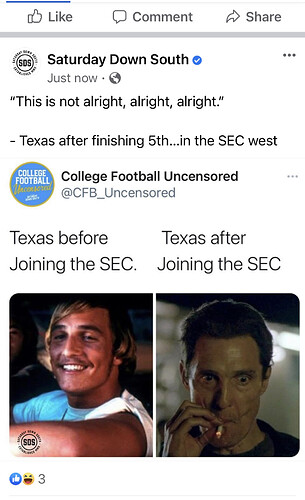