I was watching American Track League and when they showed 400M, there he was in Lane 1, double amputee Hunter Woodhall. He finished dead last in 48.37 to winning time of 44.73. But, he was interviewed along with the winner. He mentioned Hogs and seemed very happy, specifically because he has found his dream girl. He talked more about her than himself. His girlfriend Tara Davis was there also competing. Tara has a great shot at making the US Olympic team. She is the junior world record holder in Long a jump. Unfortunately she competed for the Longhorns.

So glad to see he is leading a normal life. 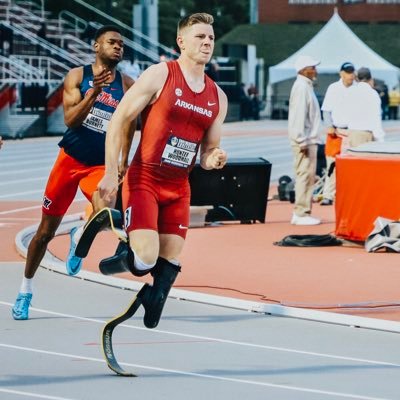 I decided to change National Girlfriend day to The 3rd, so I’m not half way across the 🌎 But while We’re all here look how flawless she is. https://t.co/OF9xWfmF9U 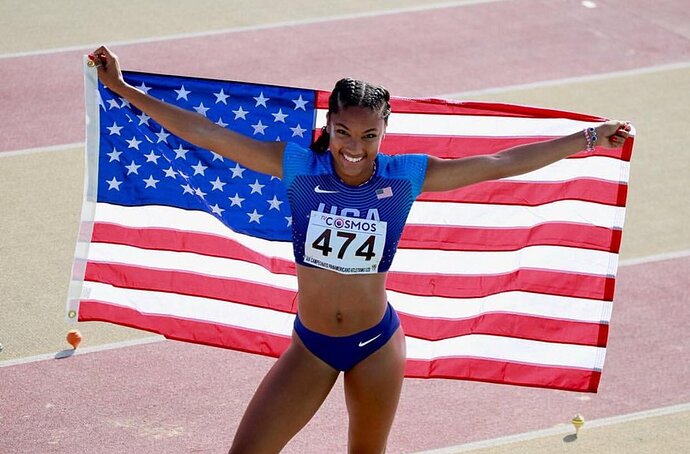 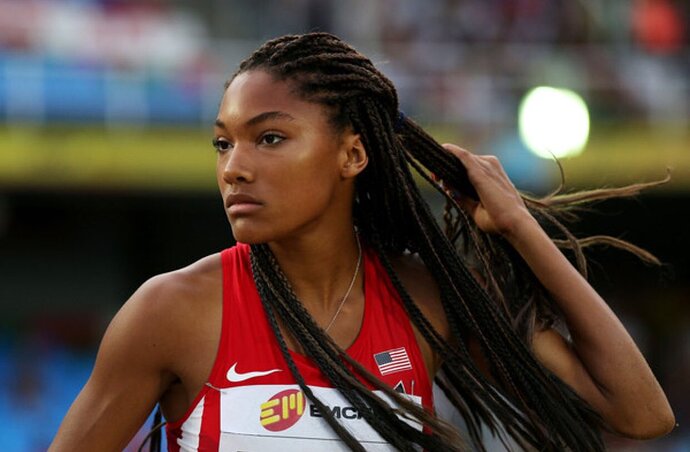 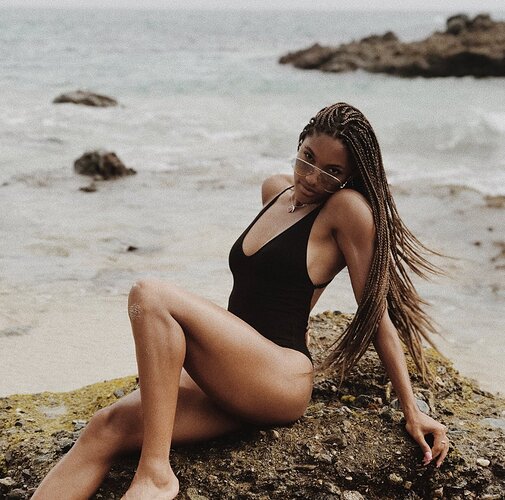 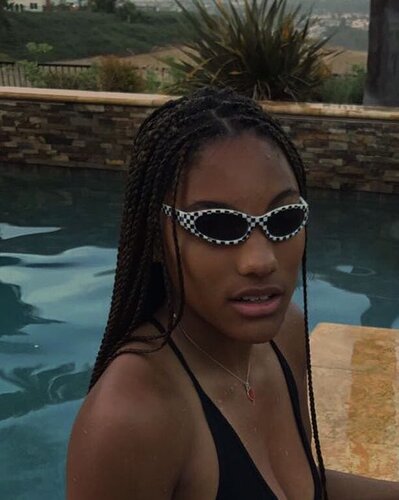 If you recall, Woodhall left UA because NCAA was cramping him on social media. The NIL rules came a little too late for him. He has 2.6 million followers on TikTok but NCAA wouldn’t let him cash in, He also has a popular social media account together with Tara.

Gracious, she is gorgeous.

He has 2.6 million followers on TikTok but NCAA wouldn’t let him cash in, He also has a popular social media account together with Tara.

That is awesome. Also saw where Hunter and Tara do YouTube segments. Saw them together at another Track meet. Haven’t seen any couple happier together than these two.

I heard Hunter Yurachek say something a few weeks ago to the effect that they think Hunter Woodhall might be able to regain eligibility after NIL rules take effect.