Because of COVID worries, I have not used my tickets at all this year, but watching on TV, I am amazed how loud it still sounds at 25% capacity. Of course not as loud, but loud enough and that is a tribute the Hog fans.

It got loud in there last night. Not full capacity loud by any means, but loud enough to make a difference.

According to my son, his section stood and yelled most of the game. Across from the Arkansas bench, close to the floor, near the basket. Said it was loud and the fans were awesome.

I just wish this team could experience the TRUE Bud Walton Arena then they would know what loud is really like.

I was a student there for 8 years… yes thats a long time, but working your way through while holding a job took me awhile. Anyways… on to my thoughts.

Two of those years were in Barnhill and that place was rockin. I think the Arkansas vs UNLV game was one of the loudest 1st halves of basketball I ever saw in there until the final year when LSU and Shaq showed up for one of the last games in Barnhill. We did the whole Spirit bowl gig and Dale Brown even came out and spoke. He even mentioned hearing what my buddy, the late Larry Newcomb, had yelled during the game. “HEY DALE, YOU BETTER DIAL 911”. I’m sure there were other monster games as far as noise there during the Sutton years with teams like Houston and Phi Slamma Jamma (with Drexler and Olajuwon) but I only saw those games on TV.

As far as Bud Walton Arena went, IT would be hard to beat that first Missouri game there when we beat them like an ugly red-headed step child something like 120-69. I thought the roof was going to explode off the place that night. As it turns out, for the 1st couple of years, many games were just like that if not equal. I remember some really big Alabama games there with Sprewell and some even bigger Kentucky games there when Pitino was still their coach. We were easily in the top five places people hated to come play. We were a real 6th man back then. Still I think I’ve never seen a louder game than a few years later when a #2 Auburn came to the Bud with their best player (I think his name was Porter… can’t remember for sure) but I actually saw dust falling from the cat-walks and rafters that day.

I don’t make many games anymore… health, job, family, or just life in general seems to conspire to keep me away so I can’t judge later games short of how they look on TV, but I have to think the Qualls dunking on Kentucky game had to be a pretty loud affair.

Still I wish our current group of players could experience Bud Walton the same way I did in its prime when you really were walking into 40 minutes of Hell and one of the most intimidating crowds / arenas in college basketball. It was simply amazing. I hope Muss can get us back to that but times are different and its too easy to watch the games other ways then pack the house like we use to do.

One big difference between Barnhill and Bud Walton (other than the seating capacity) is that at Barnhill the fans were practically sitting on the court. And if you didn’t like tight spaces, you would not have liked going to a game. Everyone was packed into those bleacher seats like sardines. It was a suffocating atmosphere for opposing teams.

BWA was actually designed pretty much the same way – supposedly 19,000 people closer to the floor than any other arena of that size. The worst seat in BWA is closer to the floor than the worst seats in Barnhill, even with an upper deck. I think the acoustics of Barnhill were more menacing, but I’ve been in BWA a few times when it was absolutely earsplitting. I’ve mentioned the '95 Auburn game a few times when we came back from 15 down late to win a close one on Senior Night. I had a headache all the way back to Little Rock that night and I didn’t care.

That Auburn game when they were #2 with Chris Porter was like that, and the time we destroyed #2 Florida in 2013. The overtime win over Florida in '06 too, when the Wallets would go on to win the NC. I wasn’t at any of those particular games but my TV set was rattling. The Qualls dunk game with Kentucky too.

I posted something similar Monday about how I feel for this team in that they just have no idea what BWA could be like. As mentioned above, no one would be able to hear today. Dykes even mentioned last night would have been like with 19K in there last night. That would be followed this Sat. by an even louder crowd to “greet” LSU.

Just because we have not been winning at the rate we were in the 90s, some undersell the loudness of the BWA crowd in this century, I have been to most of all games since the early 80s and I can say with confidence that fans have been equally loud in several games in the Heath, Pelphrey and Anderson eras. Hog fans deliver at BWA no matter what. Being one of them, just want to defend all my fellow Hog attendees of BWA.

That Auburn game was the loudest, I have ever heard Bud Walton, my ears hurt for several days after that game.

Two other facts people tend to forget is the impact the Hog Wild Band had on the atmosphere during Barnhill and Early Bud days. Second in late 1990’s , Bud was sold out on tickets for every game with a waiting list nearly equal to the 19k seating capacity.

The comment that Bud was designed differently is true. The fan’s noise was planned and built into the atmosphere which was rare for a new facility to have but it was built for basketball only versus concerts, etc.

That Auburn game was the loudest, I have ever heard Bud Walton, my ears hurt for several days after that game. 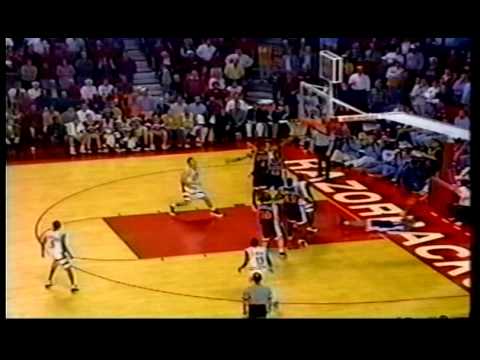 They were all hyped up on whoppers.

Thanks for sharing. We must have set a record amount of dunks during that beat down of Auburn. 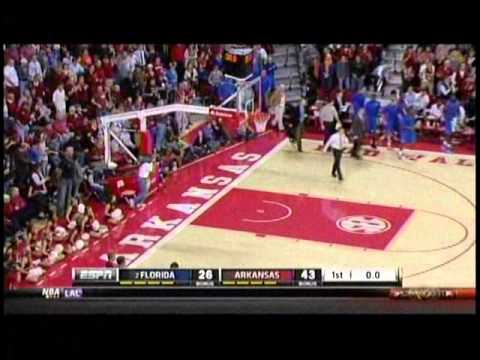 Thanks Jeff. A great way to start my day!

I would say top 5 atmospheres in BWA history

Glad you reminded me of Kentucky '99. And here 'tis 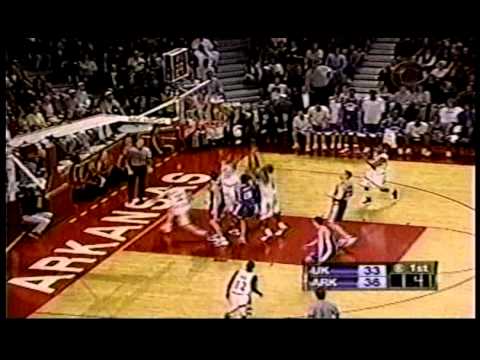 Personally I’d swap 1 and 2. . I was at both of those games. . . .The Missouri game was absolutely incredible I’ve not seen anything like it since. . . .