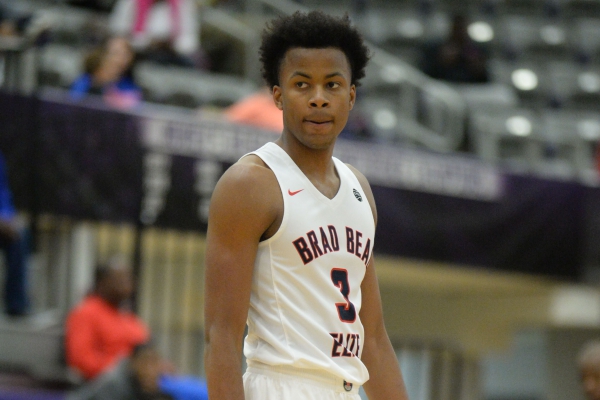 ESPN's Biancardi: A lot to like about Moses Moody

I know the star system has been discussed (and cussed) over and over again, but if Moody is the #29 overall player in the country and is a 4 star, I guess there are even fewer 5 star players out there than I thought.

I don’t have a clue about how this works.

I might be wrong, but they might just give 5*'s to the top 5 players at their position, so Moody would just fall short of that line. But I could be wrong.

Moody is a great shooter, perhaps Isaiah Joe like, nice court vision and high BB IQ. The reason he is rated relatively lower is he doesn’t have the quickness and athleticism of the 5 stars. That is the same reason he does not have offers from Kentucky, Duke or North Carolina. If he had that, Coach Cal would have made Moses a priority like he did with Monk.

Let’s be thankful he is ours and not worry about his star rating.

Should Joe leave next year, we won’t miss him.

Moody’s commit moves the hogs to #28 on 247s composite team recruiting rankings. But it also moves us to #11 nationally on their “average” ranking, at 97.07.

Great commit by Coach Muss, now we just need a couple of the bigs to sign on as well KK and possibly McBride.