ESPN team for this week

Mike Morgan (play-by-play) and Todd Walker (analyst) will be on the call for all three games. Walker was in Fayetteville two years ago with Clay Matvick for the Arkansas-Ole Miss super regional.

Wish we had KP

The option I choose is to watch the ESPN feed and listen to Phil and Bubba on Tune In. Once you get it synced it’s so much better.

I think KP is assigned to the Moo U-Notre Dame regional, which should be a helluva battle. He’s still doing it from his basement in Omaha though.

If I were a Leghumper fan (and someone please shoot me and put me out of my misery if I were) I’d be scared to death of ND coming in there and doing what we did to them in March.

We visited the ND campus a couple of weeks ago. From the outside the baseball stadium looked pretty good. I’d say they have the $$ to go first class.

According to their annual report to the feds, ND had athletic revenue of $165 million in fiscal 2019-20 and a $7 million surplus. Our revenue was $124 million, which we spent all of that. Yeah, the Domers are doing just fine. Ballpark seats 2500, but then I suspect northern Indiana is a tad cold for baseball well into April. 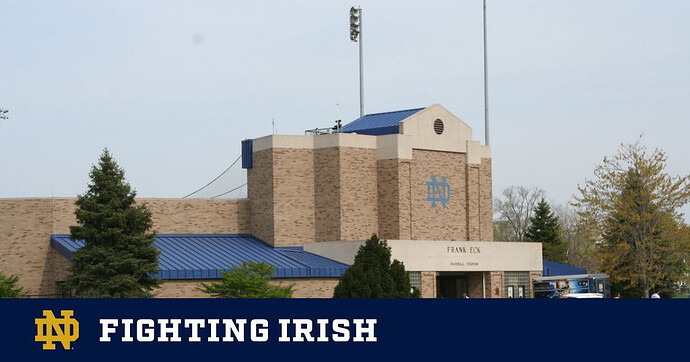 Agree. Irrelevant to me who ESPN has on the broadcast. This combination makes the decision even easier for me.

anyone’s better than who we had last week!

I hope the umpire crew from last week don’t come back either. Of course we might as well expect The good old Perry soon!

Of course we might as well expect The good old Perry soon!

He will be in Omaha! So get ready when the Hogs advance. He’s not the only one that has put the hose to our hogs that will be there.