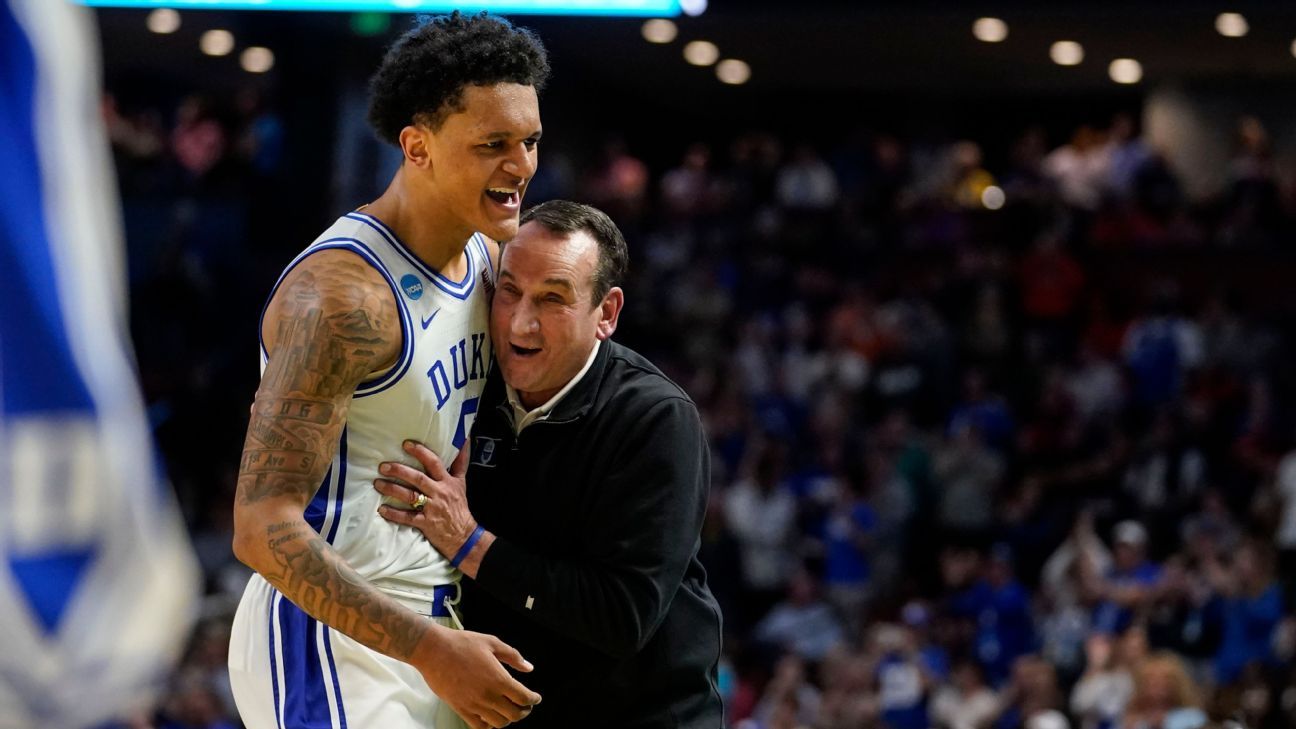 And then there were 16. A shake-up was inevitable in the reseeding of the teams after the first weekend of the 2022 NCAA tournament.

Not surprising. The way the SEC showed up in this tournament, I don’t blame blame them much in discounting our 17-3 run. Like you, I’m glad for all the motivational locker room material they give us. They just cannot comprehend that defense is just as important, if not more, as offense.

After we win the National Championship, these same pollsters will probably vote us 5th or 6th in their “final poll”.

For the next five NCAA tournaments, there will be flashbacks of Coach K’s exit.

And LSU will still be higher in the NET

I wouldn’t have seeded us much higher than that either. Shooting 27% is no way to impress anyone. And if we shoot 27% again Thursday, we’re toast. But we’re still playing.

While hope springs eternal, I really doubt we win the next one. That said, it would be SO MUCH FUN to rub all of this into these guys faces!

I’m still impressed no one’s talking about NMS’s win over UConn and their likely underseeding. Instead, the Hogs failed…while winning.

You can be sure that if Tenn had won, they’d be above us in the re-seeding…not that it matters.

But that’s just it…it DOESN’T matter. We are alive and Tenn, Auburn and KY are at home.

And it doesn’t matter what they “seed” us now; we either win and advance, or we don’t.

We play a good game win lose or draw I’m good, I’m as proud as I can be with this team. The Zags have lost some games this year so they are not unbeatable by no means, so I’m thinking this thing comes down to the buzzer. WPS

We play a good game win lose or draw I’m good, I’m as proud as I can be with this team. The Zags have lost some games this year so they are not unbeatable by no means, so I’m thinking this thing comes down to the buzzer. WPS

Of course, I want to win. But we have met my pre-season expectation for this team…so anything past this is gravy. And very good tasting gravy, at that.

I know it’s vastly different for fans and the players, but I hope that in some way, the team also feels that the pressure is no longer on their shoulders and can “relax” a bit, and have a “nothing to lose” type of performance. That could make it very interesting indeed.

Absolutely! nothing to loose attitude is what’s needed, don’t pressure yourself, your a good team go out there with no fear. As I said above these guys are beatable if we just play our game. Our game was good enough to beat the best in the Sec and those teams pressured themselves right out of the tournament! Play and enjoy the game and do what you done when you went on the winning streak, that team is good enough to win against the Zags. WPS