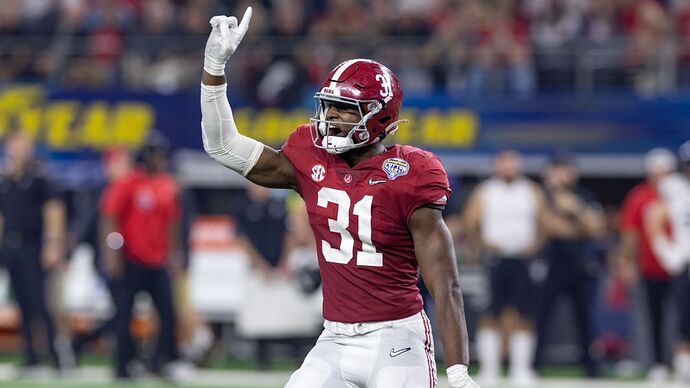 Alabama, Ohio State and Georgia obviously lead the way, but which other teams fill out the first College football power rankings of the season?

Preseason College Football Power Rankings - Alabama once again starts the season at No. 1

Several pre-season polls and other pre-season rankings have the Hogs ranked as 4th best in the SEC. I imagine that hasn’t happened since 2011 (maybe 2012, before John L Smith appeared). That’s almost certain to be a top 5 bowl, not counting the play-offs as bowl games.

Now we’ve just got to go out and accomplish that goal on the field. Or beat A&M, and maybe slip into 3rd. Or maybe … no, I’m not even going to say it.

Easy Harley, but I feel ya. Go hogs