ESPN - Could the SEC Stage it's own Football Playoff? 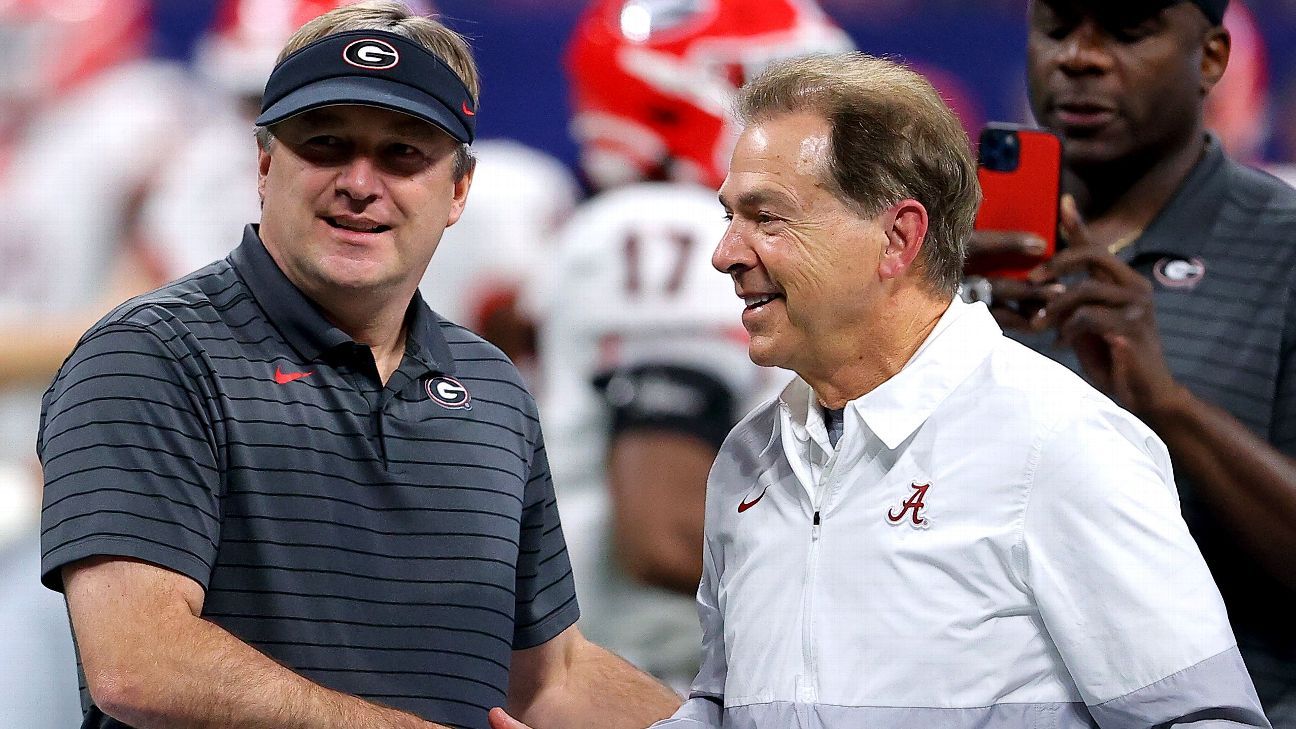 Could the SEC stage its own football playoff? It's all on the table at spring...

Would the SEC think about really shaking up the college football landscape with its own playoff? Greg Sankey addresses that and more ahead of the league's spring meetings next week.

Interesting that Pete discussed a 1 and 7 scheduling model. If they decide to stick with 8 league games, that’s the best way for us to see everyone in the league quickest. I presume we’d get stuck with BLR for our 1, but maybe it would be A&M since Texass and OU would likely choose each other.

Interesting that Pete discussed a 1 and 7 scheduling model. If they decide to stick with 8 league games, that’s the best way for us to see everyone in the league quickest. I presume we’d get stuck with BLR for our 1, but maybe it would be A&M since Texas and OU would likely choose each other.

In that model, would not surprise me to see LSU and Aggies matched up. Would lead to a lot of posturing/smoke screens about who choose who. Both Aggies and Longhorns pretend that they’re “over” each other, but if Texas chose OU over the Aggies…or A&M chose LSU over Texas, that would indeed ruffle feather on the other end. All sorts of spin would be put on who actually chose who. Probably the favorite refrain would be “the SEC office chose the pairing…we had nothing to do with it”…

It’s the first time I’ve seen the 1 and 7 model mentioned. I don’t see it happening. It would break-up too many annual rivalries that are supposedly “sacred”, plus I think the TV networks will push hard for nine conference games. With Texas and OU added to the league, they are going to want as many big match-ups as they can get.

For those like me that many times has to spend time deciphering SwineFusions constant need to make his posts filled with cryptic names, BLR is Battle Line Rivalry. I guess Missouri was too hard to say. Who knows.

I presume we’d get stuck with BLR for our 1

I would take that. Having a team you’d figure to run no better than middle of the SEC Pack most years would be preferable to getting paired up with a perennially-strong team.

Of the things one could complain about with Swine, this one triggered you? I like to think Swine and I have a detente’. I’m fine with about anything anyone posts as long as its a high and mighty type thing or insulting some other way. Now, I may disagree with the point but it doesn’t trigger me.

I was not triggered. I just think its a foolish quirk to refuse to use the name of a team and only refer to them as some obscure nickname or even some other thing like BLR. Like saying the corndogs, or the luggage, and just assuming others can understand what you mean. The automatic response would be “well I don’t care if others can understand or if they like it or not” but that doesn’t really hold water to say that. Because if you really didn’t care if others understood it or not then why come to a open forum to post your stuff in the first place. Just by the act of coming here and posting you have a desire for other to see your thoughts. Just saying its a foolish quirk that can make his posts sometimes difficult to decipher.