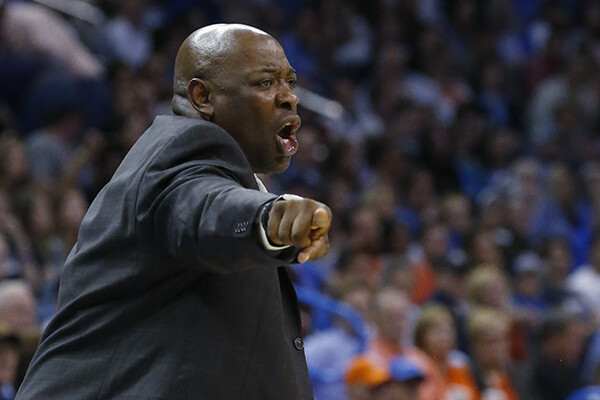 Yes! Our coaching staff is complete.

Absolutely a great hire!! Recruits will love this!

The man continues to impress both recruits and fans.

that was a "smart’ choice on behalf of our head basketball coach.

Certainly don’t expect him to be around long. Hopefully long enough to attract top recruits.

Certainly don’t expect him to be around long. Hopefully long enough to attract top recruits.

He has never recruited players to college before. Why do we think he will recruit well? I can see him better at coaching NBA style of play. That is what he brings. Rest has to be proven,

He may not have to be a great recruiter if he does a great job of “coaching up” the recruits that we have and those that we are going to get. If he’s a good enough developer and coach, the recruiting part might handle itself.

Wow. Coach Muss is just showing that he wants and expects top drawer. He mostly gets it. He continues to impress more and more.

I don’t think he will have to work too hard at recruiting his resume does all the recruiting for him, not to mention his accomplishments as a player.

don’t think he will have to work too hard at recruiting his resume does all the recruiting for him, not to mention his accomplishments as a player.

You make recruiting sound very simple. Hope it works. It would help create jobs for ex-NBA players that didn’t make a lot of money in NBA and need to keep working.

Smart hasn’t been a player in a very long time and didn’t do much at the pro level. That shot against Cuse was 34 years ago. Not sure that will help him much.

Being a NBA head coach will certainly carry the most weight but hitting game winner for the championship cant hurt either.

Muss is damn good at packaging what he is selling to recruits, and every one of these TOP 100 kids has the NBA firmly planted in their brain as the next stop. NBA head coaching experience shines a light on their chances to fulfill the dream and no one has a resume better than this staff at the college level.

I wish Coach Smart had a year of eligibility left. Dude could play. I’m sure he can teach our big wings a thing or two about the finer points of the game. Also gives Muss a little more freedom to get tossed from the game. We’ll be in good hands if that happens.

I’m not an NBA guy until it gets in the finals, I had no clue he even coached in the NBA much less was head coach for three different teams LOL

Those worried about if he can recruit… he sold himself well enough to be an NBA head coach- three different times and as a man of color! I think the guy will prove to be a top notch recruiter. He understands how to sell himself at the highest level. Muss with the deep three on this hire!