Manchester United vs. Liverpool, which would be kinda like Cowboys-Giants or Packers-Bears in terms of a rivalry. ManU fans gathered outside the stadium two hours before the match to protest the club ownership, the Glazer family of Florida (owners of the NFL Bucs). From there two groups of fans invaded the stadium and roamed the field; another group of fans blocked the ManU players from getting on the bus at their hotel to get to the stadium. No word yet on when they might actually try to play.

I’m trying to imagine, say, Cowboys fans protesting en masse over Jerruh’s mismanagement, and getting a game at JW postponed. But I can’t. Remember, English soccer has no fans in the stadium still because of COVID. There are no fans there to attend, only to protest.

They should have just played somewhere else - but I guess if you can’t leave hotel that’s a problem.

And where could they play where they could maintain security, if they couldn’t keep people out of 75,000 seat Old Trafford?

They’ve been upset with the Glazers since they bought the team; the Glazers essentially paid for MU by taking out a mortgage on the team. But the failed Super League scheme has brought things to a head.

American owners in England are generally unpopular; there were protests outside Arsenal’s stadium last week against their owner, Bud Walton’s son in law Stan Kroenke. But they didn’t invade the stadium and postpone the game.

Those fans who protest American ownership might be speaking German if it were not for America and our participation in World War II.

Nice try. But wrong. The chances of Germany invading Britain were over as of the end of the Battle of Britain, which was 14 months before Pearl Harbor. And there is considerable evidence that Hitler never intended to invade; the airborne assault was intended to get Britain out of the war so that Germany could do what it wanted on the European continent. Invade Russia, basically, which he did anyway.

Their complaint about the American owners, by the way, is that they care only about maximum profits and not about the traditions of the English game. Their preference would be the German model, where all teams, with a couple of grandfathered exceptions, are controlled by the fans. The Green Bay Packers, in other words.

Game will now be played on a different day. Too much damage at Old Trafford. I believe there was also concern about disinfecting areas invaded by the fans, which reportedly included the MU locker room.

There is a pyramid system in Euro football that’s been in place for many, many years. Its like the minor leagues in baseball, except rather than an individual player being able to move up (or down) to teams permanently at the major league or AAA or AA levels, ENTIRE TEAMS move up or down in terms of what level–or league–they play in. It is possible for a football club to be, say, 2 leagues away from the top league…do well…and be moved to a higher league. if they do well in that league…they can be moved to a higher league again. Manchester City–maybe the best club team in the world right now (a fact which grieves me and Swine) is an actual example of a lower division club being promoted to higher leagues and eventually becoming a power. (Yes…influx on $ played a huge role ).

The idea of a local club having the opportunity to move up in terms of their league is simply integral to the European game. I think its important to remember that there are no real collegiate sports teams…not like we know them. Whereas in our country “regional” sports loyalties are often associated with universities…in England its all about the football clubs. Every town and city has one. And…again…the idea is that ANY team, from a philosophical standpoint…can play with the big boys.

The FA Cup is an actual tournament in which exactly that happens.

One way for an Arkansas fan to understand would be if, say, Bama, Ohio State, etc. etc. formed a football league of their own. Say, the “top” 15-20 college teams. And left out the likes of the Hogs. Or Oklahoma State. Or South Carolina. We wouldn’t like it. We all remember our glory days, and relish the thought…the chance…that our beloved team could improve, beat those “top” teams and someday with the national championship.

And when decisions are being made by owners that often don’t really understand the euro football culture…it ticks people off. I applaud peaceful protests…but now as I write they have started vandalizing. Don’t approve of that.

Swine, you might want to eliminate making emphatic opinions as something factual when you are wading into military history. Hitler would not have hesitated using an atomic bomb to eliminate England as a threat to his plan to conquer and consolidate his control over all of Europe. Hitler was an insane, delusional warmonger that would not have stopped with Europe or Russia. He had jets and rockets already in use. Be thankful he did not attain the A-bomb first. There was no limit to his fanatical hatred.

Thanks, Swine. That is the first time I have every seen you post a compliment to a fellow poster.

Yes, that is the reason for protest. The Glazers have apologized, but it is too late. Damage had been done.

Bottom line is ManU fans just cannot stand the club being owned by Americans. Glazers haven’t done anything to Americanize ManU. But fans act like Glazers have hired Ted Lasso to coach the team.

Remember Arsenal fans protested the American owner Stan Kroenke also. They wanted him to leave just like the Glazers.

The best time to have invaded Britain was right after Dunkirk. They didn’t. There were plans for an invasion, codenamed Operation Sea Lion, but they kept getting pushed back, blaming their lack of air superiority. But they did not really need total air superiority. The RAF would have been little more than a nuisance to an invading force. The Wikipedia article on Operation Sea Lion covers it pretty well: Hitler preferred that Britain leave the war via a negotiated peace. 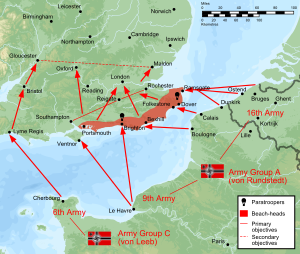 Operation Sea Lion, also written as Operation Sealion (German: Unternehmen Seelöwe), was Nazi Germany's code name for the plan for an invasion of the United Kingdom during the Battle of Britain in the Second World War. Following the Fall of France, Adolf Hitler, the German Führer and Supreme Commander of the Armed Forces, hoped the British government would accept his offer to end the war, and he reluctantly considered invasion only as a last resort if all other options failed. As a preconditi...

Yes they did. And the Liverpool fans aren’t happy with Fenway Sports Group either.

I think Hitler’s largest mistake from day one was his desire to outdo Napoleon by invading and he thought defeat Russia. I feel Churchill was correct in saying when America entered the war it was not the beginning of the end, but the end of the beginning.

Yep. The Russia obsession was a huge mistake. Remember, there was a German-Russian nonaggression pact
signed a week before the invasion of Poland, which Hitler broke. But he would have broken it whether Britain was in the war or not.

The Glazers started off with bad feelings. It didn’t just happen lately.

I am a Man U fan and would prefer different ownership. 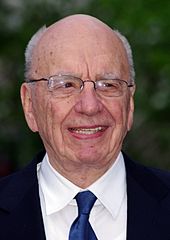 Manchester United Football Club is an English football club based in Old Trafford, Greater Manchester. The club was formed as Newton Heath LYR Football Club, the works team of the Lancashire and Yorkshire Railway depot in Newton Heath, in 1878. The club split from the railway company in 1892 and remained under private ownership for almost 100 years, changing its name to Manchester United after being saved from bankruptcy in 1902. The club was the subject of takeover bids from media tycoon Rober...

Like I said, the US fans haven’t liked the Glazers from day one. I’d prefer different ownership at Arsenal too. The US ownership model of milking every last dollar (hi Jerry) just doesn’t work in the EPL. And I guess if some Brit came in and bought the Spurs or the Packers I’d be miffed too. Especially if they then tried to run it like a soccer club.

I believe the Brits have protested other foreign owners aside from Americans. I think only 7 of the top 20 teams have primary ownership that is UK based.

I do not believe the NFL will ever allow foreign ownership. If you got the coins, you can own an Premier League team no matter if you are from Russia, China, Saudi Arabia, US or anywhere else.

Shad Khan, owner of the Jacksonville Jaguars, is Pakistani. Made his money in the US and became a US citizen in 1992. He also owns an EPL team, Fulham, whose fans don’t seem to hate him. But then Fulham wasn’t invited to the Super League party either.

There are plenty of former Rams fans in St. Louis who would join the Arsenal fans in protesting the giant arse known as Stan Kroenke.