Lately NCAA has been handing out waiver approvals like Christmas cookies, until today when Keyshawn Embery-Simpson’s request for immediate eligibility at Tulsa was denied.

PJ, do you know if he used the fact that Mike was fired as his reason for transferring?

I believe he announced his intention to transfer before Mike was fired, so I don’t think he was able to use that for his justification for a waiver.

No it was after Mike was fired.

The reason I asked is I remember the rumors early on that he wasn’t happy and was going to leave. That was during the season.

I do not know what reason he filed. But I am betting just like Connor, he is using at least “coach getting fired” as one of his reasons or the only reason.

Correct. Anderson was fired on March 26 and Embery-Simpson entered the portal on March 28.

DAMMIT!! This means they are only up to the E’s (Embery-Simpson). I’m beginning to wonder if they will even get to the V’s (Vanover) before its been a year and its a moot point!! If we were Duke, Kansas, Kentucky, North Carolina, etc; I’d bet it would be on the fast-track. Shame they don’t go by alphabetic order based on school name!! sigh Could really use Connor this year.

I’ve been led to believe that the coaches won’t be too broken up if Vanover’s waiver is denied. Really want him to have a development year and then have him for an extra season.

I thought that had been said before. On here. Am I wrong?

I remember seeing a quote from Muss to the affect of (something like) him sitting out a year maybe beneficial to his game. Gives him a chance to get stronger and work on his overall game.

Could have been on another site, or a fan may have said it and I thought it was credited to Muss. But I remember something about it. You hearing the same thing makes me think there is something to it

I’ll bet that would have been the coach’s preference if they had signed Blackshear or another grad transfer big that would have made an immediate impact. Since we didn’t (other than Cylla, who’s more of a 3/4), IMO, their preference now would be for Connor to get his waiver. Even though he lacks the strength to bang under the boards in SEC play, he still would be a major impact player on this team, this year.

Jeff Goodman’s latest Up to date tally on waivers

We can squash that theory… 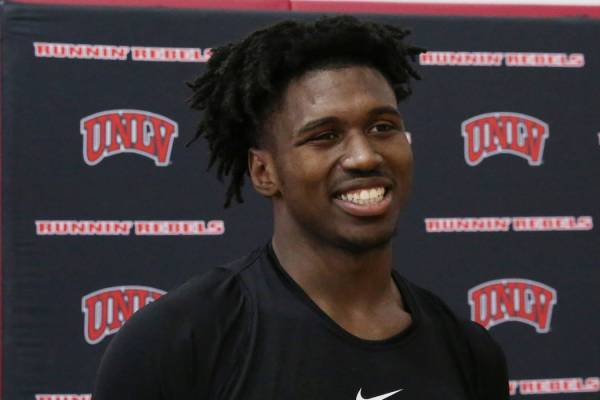 UNLV junior forward Donnie Tillman, who transferred from Utah, had his waiver approved Tuesday by the NCAA to play this season.

I don’t actually believe its by alphabetic order. I’d be willing to bet its a FIFO Queue. Just used that to make a point its taking forever for us while through the years some schools seem to get fast action. BTW for those that don’t know what a FIFO Queue is… it means First In First Out. An old term I learned years ago in an old comp sci data structures class.

I dunno…NCAA probably pulls 'em out of a hat!

don’t actually believe its by alphabetic order. I’d be willing to bet its a FIFO Queue. Just used that to make a point its taking forever for us while through the years some schools seem to get fast action. BTW for those that don’t know what a FIFO Queue is… it means First In First Out. An old term I learned years ago in an old comp sci data structures class.

I believe too it is FIFO.

Your background must be from financial industry. The terms FIFO and LIFO were used a long time ago to determine how interest was calculated on our bank accounts.

Nope, but you are correct FIFO and LIFO or FILO did start out as financial jargon, but were co-opted by the computer science industry as means to describe certain data structures and how they are stored and retrieved. Queues are FIFO and Stacks are FILO/LIFO. Of course that was back in the early 80s when I was at U of A in the Comp Sci department. I’m sure all I know is completely outdated like myself now.