DVH as a player

This got stuck in my head today. Does any video exist of DVH as a player? I know it was a long time ago, no offense DVH.

He was only a player at UA for one year, 1982. Voted team MVP and then drafted in the 10th round by the Braves. Maybe one of the local TV stations has some video. Certainly weren’t any TV games. 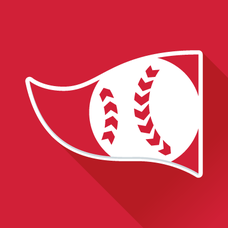 3 seasons in pro ball, topped out at A level. no pro vids on simple search.

I’ve heard he was also quite of a high school QB.

I would think the Pryor Center might have video. I have run across a couple of photos of him playing.

Well, not that there’s any easily available (to the general public) video tape of the games, but i do remember seeing a handful…maybe 2 or 3…games on TV when DVH was playing. I lived in DFW even back then, and every now and then the Texas stations would show a SWC game involving Texas, A&M, Baylor, Tech and/or us. There was a channel called HSE…“Home Sports Entertainment”…that was a pre-cursor for what became FOX Southwest (now “Bally”), and they showed various SWC games from a variety of sports. I think they broadcast many of the SWC Tournament (Baseball) games at the end of the regular season.

So, there were some TV games…but not a lot.