---------------------- that our batters were focused on just getting a hit, making good contact, not on getting the next home run. Stovall and Battles for sure and Slaven as well seemed to shorten his swing, just trying to make solid contact. This season, we have not been hitting a high percentage with runners in scoring position, always seeming to look for the next homer. The Hogs were different in a good way coming back against the Tar Heels. More of that might be a good idea. JMVVVVVVHO

I think that’s a product of their refocus after the regular season. they no longer are looking over their shoulder for regional hosts, winning the west, etc. It’s now 100% focus on the game at hand. That takes away the pressing and whatnot. Also, success breeds success. I think we are seeing that over the last few games.

I agree. It also makes the pitcher throw more pitches with wears on him and gives you better looks and pitches to hit as well. We have been making the pitchers work more and walks are deadly esp. if someone makes an error of doesn’t record the out when chance is there. Even more so in the heat as the ball will fly better too.

We saw a lot more first pitch swings by the Hogs and, success…

I like to see the hogs swing early especially when it’s right down broadway. You get 3 strikes so why not take 3 good swings if you need them. Don’t wait to get to 2 stokes to think about taking a swing!

Listening to Bubba talk about hitting, he talks a lot about the hitter looking for a certain pitch in a certain count, and if it isn’t the pitch you were looking for, you let it go, even though to us it looks like the perfect pitch right down the middle.

Maybe there is a little more to this baseball thing than “See ball, hit ball.”

In this age of analytics, how has the “always taking the next pitch on a 3-0 count” still exist? When are you most likely to get one right down the middle? Batters talk about being patient, waiting for that pitch they can really hammer, and their coaches make them just watch as one goes by, hoping for a 4 pitch walk. Over 90% of the time, there is no walk. So why don’t they swing away on the best chance they are going to get a pitch they can really hit. I know there is a reason out there or they wouldn’t do it. I just don’t understand it.

I know there is a reason out there or they wouldn’t do it. I just don’t understand it.

The reason is that it’s how DVH likes to play it, maybe his analytics. DVH has a style /method set in stone…I’m not complaining.

I love to see players take a swing on a 3-0 pitch if it’s a strike. I hate to see them go from 3/0 to the dreaded turn to the dugout after a K looking st all 3 strikes. That’s just plain silly! Take a lawn chair and take a seat! Take a book to read or a cold drink and relax u til blue Calls you out for the K.

I’ve wondered about that, but it might be as simple as the fact that after 3 straight balls, it’s not a bad bet that the pitcher throws a 4th ball. You’d sure hate to hit a pop up or ground out on a 3-0 count. However, I bet there are times DVH will let a batter swing at a 3-0 count. I can’t come up with such a situation right off the top of my head, but I still have no problem with the general rule of taking the pitch on a 3-0 count. It sure puts pressure on the pitcher to then throw 3 straight strikes.

Yes we have been much more aggressive on1st pitch cookies(hittable pitches) throughout both regionals and it has benefited us Greatly…Battles Grand Slam, Webb Hr against NC,Stovall HR against NC and his clutch hit in the 9 th all were on first pitches that were left in The hitting zone and we have made them pay dearly for it. That is the key, know the strike zone!!!, be ready to attack and if it’s where you can drive it then swing and try to get a big hit. We don’t need to be swinging at pitches that are out of the zone on the first pitch that is how you get yourself out.
We have been doing a much better job of this and we can hurt Williams from Stanford if we will do the same thing, he makes mistakes and when he does we have to make him pay dearly for it.

He does let some swing. I cant think of who, but I’ve seen it as well.

You are playing the odds that a pitcher won’t throw a 4th ball. The moneyball of baseball places a premium on OBP. Therefore we now see fewer bunts and more taking of pitches.

I don’t like taking 3-0 but imagine 2 on 2 out with a 3-0 count and batter pops pitch up or a weak grounder. Board would go nuts.

You are playing the odds that a pitcher won’t throw a 4th ball.

Not at all. If any pitch is right down the middle, let the batter swing whether it is 3-0, 2-2, first pitch, whatever. I am saying why force the batter to ignore the best pitch to hit he is going to see, hoping for a walk? Great pitches to hit are few and far between. Take advantage of it when you can.
,

r. I am saying why force the batter to ignore the best pitch to hit he is going to see

Because more often than not he will not get a hit and it’s only 1 strike if it’s down the middle. Now, if it’s Ted Williams at the plate, you might let him swing, but if it’s even a .300 hitter his chances of getting on base are better with a walk than a hit.

Interesting article here that outlines probability of outcomes by pitch count for MLB.

I’ll note that 3-ball counts (regardless of # of strikes) resulted in walks in over 40% of plate appearances, whereas hits occurred in only about 25%. That’s a pretty serious argument for not swinging.

And if your average across all counts is as low as Gregory’s, even more so. 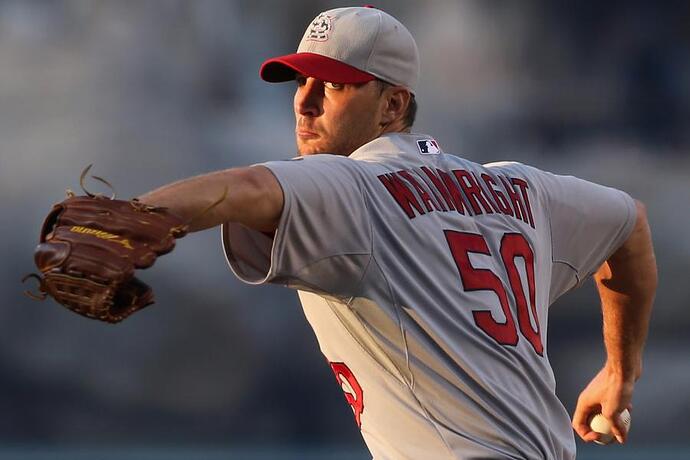 The Truth Behind the Significant Decline in MLB Walk Rates

The primary lesson everyone learned from reading Moneyball is that walks are good. They make pitchers work and get hitters on base, and runs (Hooray runs!) tend to happen when hitters get on base...

Stovalls hit in the 9th was on the third pitch. Think it was a 1-1 count.

Stovalls hit in the 9th was on the third pitch.

They fixed the losing pitcher in the box score on the UNC website. Palermo, who allowed the hits to Battles and Stovall in the ninth, got the loss; they had given it to O’Brien who gave up the single to Slavens.