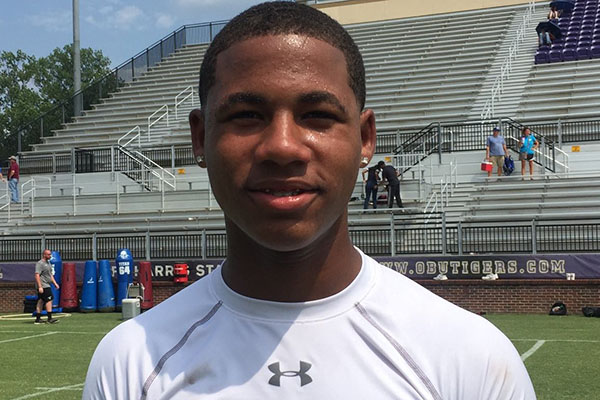 Arkansas might have its center fielder of the future in Texarkana high school standout Braylon Bishop.

Outstanding, love these Stick player’s. Braylon will nail down the CF position.

I’m confused to why you would say that after reading the article.

He could always go to a junior college and be in next year’s draft.

Knowing that was a possibility, my question to him was clear about being at Arkansas next year and not going to the Pirates or any other school.

Me too. He needs a little attitude adjustment from what I hear from a few baseball coaches down in the Texarkana area. DVH won’t put up with his shenanigans.

I always thought it was unlikely Bishop would play at Arkansas, but for now I take him at his word that he’ll be here next season.

That said, I don’t think anything is set in stone regarding the roster. A lot is going to have to happen to get it trimmed down, if not before the fall semester, after it.

What were his averages and stats?

The article isn’t what I’m basing my comments off of. Do you believe every printed comment you read? When he shows up on the fall practice roster, I’ll be proven wrong.

No I do not believe everything I read. Reading this article and him not going pro stating he wanted to play ball for the hogs was convincing to me. That’s why I asked if you read or heard any different abt him is all. Yeah he may not work out with what I’ve read after asking my question With his attitude and may have to go to juco.

And we report what they say, what they do and what those around them say.

I wasn’t questioning your reporting in the article, just that I don’t think he’ll enroll/attend at Arkansas. It’s just my opinion, based on what I’ve heard for months, and it won’t be the first time I’ve been wrong.