Have an NIL deal? If he doesn’t, he most definitely should. With that smile, some dentist should snap him up. He would be an awesome representative for anyone really.

The reason I ask this is because I saw that big Oscar from Kentucky has a $1 million NIL deal that might keep him at Kentucky for one more year, and allow him to bring his family here from the Congo.

I don’t THINK that JWill is going anywhere, but it would be awesome to provide his family some comfort to keep him here one more year. I personally think that, outside of getting Black, keeping JWill is the most important recruiting job Muss has to do. We could legit win a Natty next year, and JWill is the perfect Muss big. JMO. GO HOGS!

If you don’t know B-Unlimited, it’s one of the largest companies in Fayetteville. Will soon have 250 employees.

Here’s a recent story about the company expanding with a large new warehouse in south Fay: 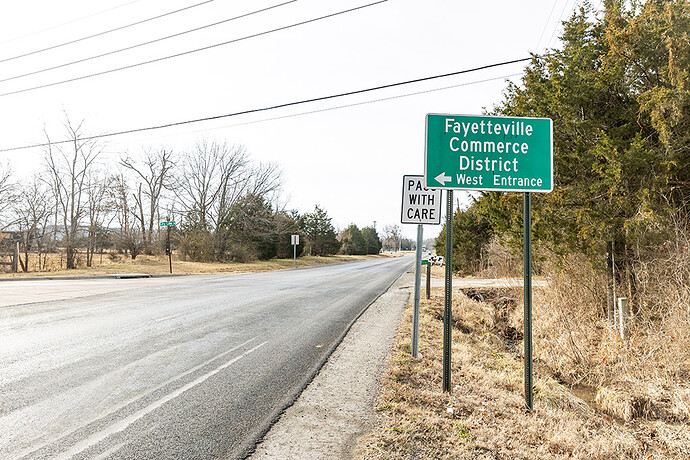 Fayetteville will sell at least one piece of city-owned land in the Commerce District to longtime local screen printing company B-Unlimited.

Very cool! Thanks for sharing. I sure would LOVE to keep him one more year. Wish I had enough money to sponsor him.

Hopefully he’s got more than one!

Maybe one of the banks can get him a deal with Visa/ Mastercard. After all, he is the Charge King!

He’s on several commercials. I think one is UAMS, another for a law firm. Bobby Bones also hired him to do some promotions (basically a gift from Bobby).

@jeremy, everyone likes Oatmeal Crème Pies. I’ve been known to drop some off to friends.

He’s previously announced deals with a car dealership in Fort Smith and Sassy’s. I’m sure he has others I’m missing.

I’m on board. He’s certainly “Unwraped a Smile”……

I have a friend of mine, born and raised in Louisiana who until this year never had a little Debbie oatmeal crème pie. Now, her hunting bag is full of them.

The Athletic had a story that Oscar is getting more NIL offers than he can shake a stick at, and not just from Kentucky.

I’d have to think some of that is coming JWill’s way. He’s done some UAMS radio ads so I presume they’re paying him something, plus this shirt deal, and there may be others beyond what Scottie mentioned.

Also saw something this morning that JWill might have played himself up to somebody “taking a chance” on a second round pick. Second round picks are more like a ticket to the G League. He can make more money than that by coming back.

That’s what I’m hoping for. I also really believe he loves being a Hog and can’t wait to play on next year’s super team! Play in the G League or play for a Natty…seems like the choice is clear. And one more thing, J Will’s parents are all Hog. I saw the picture of J Will’s mom hugging Black. That was awesome! 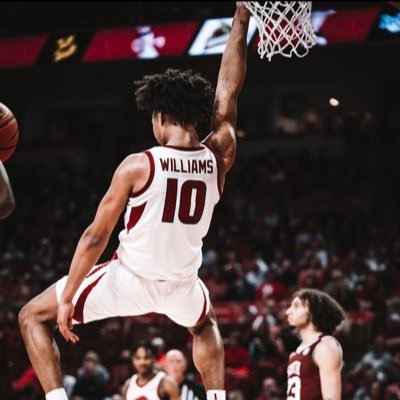 @Jay_MWilliams_
Loving the service that I’m receiving from @uamshealth as they’ve had my back this season! https://t.co/SACuRsknMa 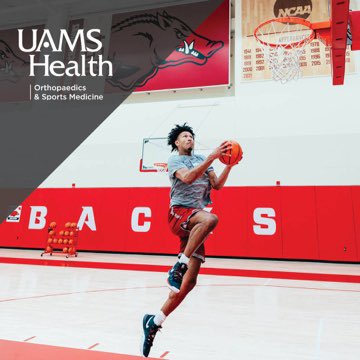 Heard Jalen Battles on a UAMS radio ad during the baseball game tonight so he’s cashing in too.

It would be interesting to know if UAMS is using private or public money to pay for this advertising. Is State money going to pay players?

Why does it matter? They have an advertising and promotion budget. So does every other state university (remember, UAMS is the state’s medical school). If some of that budget goes to JWill and Battles, okay with me.

Would you be upset if the state parks department were paying them to promote visits to Devils Den or the Crater of Diamonds?

One problem would be other students and UAMS employees who are in the commercial. Are they also going to be paid? If they are recognisable you will have to have them sign an NIL release, and pay them something too.