Do we want another grad transfer QB? 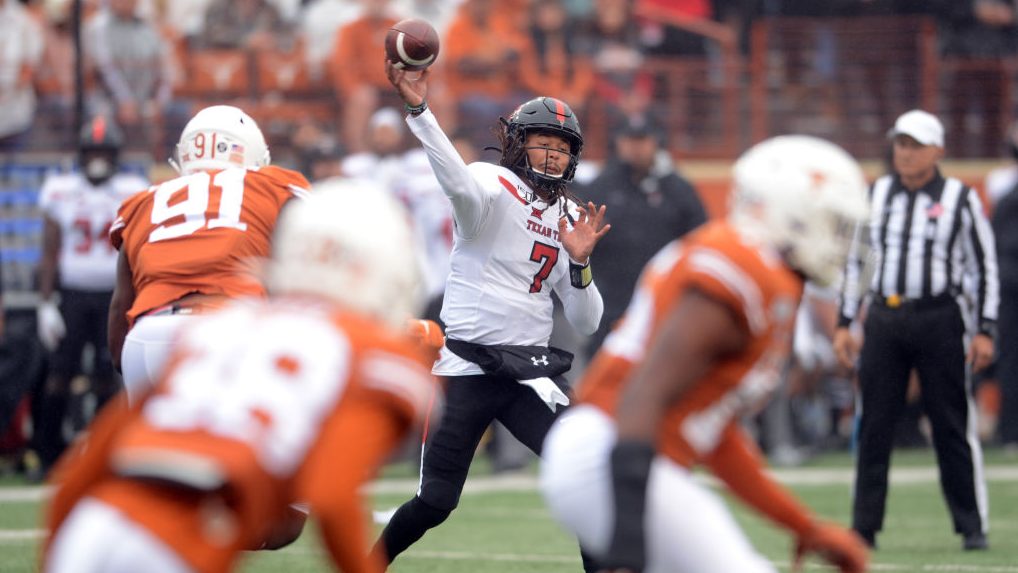 If we can land this guy, you take him. He is a baller and it would give KJ another development year that he needs badly before being being thrown into the fire.

I have no idea how anyone draws a conclusion on KJ given the small sample under ridiculous circumstances.

I remember people saying Brandon Allen didn’t have the “it” factor and wasn’t sec quality.

Give KJ a spring under the right guy and who knows what we get. Kid can run, is big, and has a pretty strong arm.

Given how ridiculously inaccurate all of qbs seemed to be, bad reads, etc., anybody making assumptions about our qbs potential based on the last staff’s oversight really has no idea.

Having said the above, and given the age of our roster, we clearly need more qbs in the barn.

We have to have another qb, don’t we? Whether KJ is ready or not…we have to have an SEC ready quarterback. Right now, don’t we have Starkel, Lindsey or Jones and KJ? That would lead most to believe we better get somebody. None of those guys looked SEC-ready to play.

I don’t think we should judge other transfer portal QB’s by what happened to us last year. Wasn’t Joe Burrow in the transfer portal? I think it just depends on the QB, not how he gets here.

I don’t think anyone is saying KJ doesn’t have “it” just that he needs another year to develop before he starts. Duffey would be a great get, he can run and throw the ball.

I don’t think anyone is saying KJ doesn’t have “it” just that he needs another year to develop before he starts.

Well to be fair, it seems the QB coach he had was an utter disaster.

Perhaps a good coach can help him progress more quickly.

I really wouldn’t mind one coming in, because there’s no guarantee starkel will turn around and in my opinion KJ needs another year just from a passing standpoint.A great quarterback coach may come in and change that immediately! But I would still not mind a good transfer coming in if nothing else for competition and depth

With Starkel leaving, I bet we go after a grad transfer for sure.

With Starkel leaving, I bet we go after a grad transfer for sure.

Definitely. We need to get our OC on board quickly. I don’t know if the TT transfer is the guy, but we really are going to need an experienced QB for this coming season. It would also be preferable if the transfer has already graduated or will graduate after this first semester. He would really need to be here for spring if at all possible.

It will be interesting to see how the quarterback room shakes out.

I figure that John Stephen Jones and Jack Lindsey will be here regardless, because of their connection and that of their respective families to UA. However, suppose we bring in a grad transfer, and we sign Jacolby Criswell. What impact does that have on K.J. Jefferson’s decision?

I would like us to get back to the days where we had a clear starter and a clear back-up.

I figure that John Stephen Jones

I could be mistaken, but I [thought] JSJ was transferring to play somewhere else.

I’m seeing 10 immediate-eligibility QBs on the portal, or at least the 247 recreation of the portal. Of course one of them is Starkel…

Note: I have no idea if any of these guys would be a good fit, but they’re what’s on the portal now.

duffey best of that bunch

duffey best of that bunch

You cannot go through SEC with only 1 QB or you end up like Kentucky this year though they did ok without a real QB. I remember a game against Georgia and Crowe or Kines was the coach, we went through 3 QB’s in 1 game. We started 1 QB , he got hurt went to another QB and they got hurt, and then to walk-on and he got hurt, ended up going back to first QB because he was least hurt of the three. Is JSJ still a member of the team?

Jack Sears… very impressive, would probably be my pick. Very pure passer and much faster than he looks similar to Matt Jones but not nearly as fast. Probably Not interested in coming from Cali though