They got every break from shots off the top of the backboard to fall away prayers answered. They played well and were hungry for it and we stunk the joint up. I wouldn’t switch teams with them going into the tournament.

I appreciate everyone defending Muss. I admire the loyalty. I am one of you. I rarely criticize Muss. I think he’s great.

But I do feel like their defensive scheme today took us completely took us out of our offense…as gashog accurately pointed out. And their offensive scheme really killed us. We kept helping against dribble drives, and they murdered us with dishes to the perimeter. We were step late in helping every time. Then when we stopped helping…we were already in foul trouble. And just had to watch them score on drives. Lots of dunks.

You can blame the players if you want. Say it’s all on them. That’s fine. I’ll not say another word about coaching today.

One thing for sure…I love this team. Anyone that reads my posts with any regularity knows I am usually positive and optimistic. I’ve been accused of wearing red tinted glasses more than a few times.
Today, however, I just felt like the aggie staff had a plan for us that just killed us. They deserve credit. I am not saying our staff failed. I am saying their staff succeeded.

Need to get off the board for awhile anyway.

Really? After one game now we don’t deserve to be where we are. Silly.

Nah. I’m asking the guy who said we were our coached for his reasons.

I seriously doubt Smart got on radio and said they were outschemed and unprepared.

What I saw was a team that played slow and uninspired and for outworked and outplayed.

I love this group but they didn’t show up ready to play. The staff undoubtedly could have done better but chalking it up to being outcoached ignores that they were outplayed and outworked.

And, they also played dumb. Two of JD’s 3 early fouls were dumb. He just grabbed the guy unnecessarily on the first one and then put himself in a bad spot on the 3rd one.

And, he and JWill were really sloppy with the ball.

It was a collective clunker. No idea how or why anyone would chalk it up to scheme and coaching when they were so flat and uninspired.

What, specifically did he do to get outcoached?

Really? After one game now we don’t deserve to be where we are. Silly.

Ya. That’s a weird comment. But, I get it. People get mad when we lay a big egg.

But, we definitely deserve a 4. Idk if we will get one but we deserve it. We have had a very good year.

I agree he didn’t lose the game for us. Muss didn’t coach bad. But buzz did a hell of a job to change his team completely. And Keith smart didn’t say they were out schemed, more like surprised. He said they were unprepared for this team because it was a completely different team, different players and different schemes than they played with all year. Bruce Pearl said the same thing yesterday. Interesting neither coach blamed it on effort. So gotta give buzz some credit. Even tho we did just make a lot of stupid plays

That’s a really vague way of saying you just wanna vent on the coach. We adjusted ri their defense and got a ton of layups on weak side cuts to the basket.

And, defensively, we got carved up because unlike most games, we didn’t guard the ball, didn’t rotate well and didn’t close out shooters.

Muss isn’t infallible but this is just a vague generalization.

We also had 15 TOs, many of which had nothing to do with scheme and came against pressure we see all the time and normally handle.

Sometimes you just get outplayed, outshot and outworked. That’s what happened, but if it makes you feel better to blame the coach, have fun with it.

I do give Buzz credit. He had them ready and they played well. But, if you watched the game and didn’t think they played harder, I’m not sure what to say.

I think it was 100% effort. Almost impossible to match the effort of a team fighting for their season life. That’s why theres no way we lose for the same reason in the big dance. And when I heard Bruce Pearl talking about their loss and how they only had one day to prepare and a&’em played different and all that it really sounded like making excuses. So I wasn’t thrilled to hear coach smart say the same things, but it did make me think a little bit. Like wow both coaches saying the same thing here maybe it wasn’t all just our players fault for the crappy effort. Maybe

“Today was not what Arkansas basketball has been the past two months.” - Eric Musselman

We have not played a bad game since early January. The 93-94 championship team had a few bad games that they lost. It happens.

One thing I noticed was that Buzz was subbing two or three guys at each whistle in the second half. I took away from our rhythm.

And, they also played dumb. Two of JD’s 3 early fouls were dumb. He just grabbed the guy unnecessarily on the first one and then put himself in a bad spot on the 3rd one.

And, he and JWill were really sloppy with the ball.

It was a collective clunker. No idea how or why anyone would chalk it up to scheme and coaching when they were so flat and uninspired.

To sum up before I continue…everything, to me is coaching. All of it. Player execution. Playing hard. Recruiting. Coaching is not just “scheme.” Players get blasted on this board all the time. I am a little surprised wirth the strong reaction to me simply saying I think we got outcoached TODAY. I am not “venting” on the coach. I love the coach. Think he’s great. I am talking about TODAY. Not the whole season.

To continue, since you asked me to…Our answers to their defensive scheme did not work. They were able to double JD and the high post, and we could not make them pay. Their rotations were spot on over and over. We made them pay some with backdoor cuts along the baseline. But, more often than not, their traps, double teams at the high post and determination to cut off driving lanes bothered us. Alot. When you face pressure you must make them pay for gambling. Same as in football. You have to make blitzing teams pay…or they will destroy you. There were times JWill was triple teamed. And they got away with it.
Is that strictly player execution? Or does coaching have a role in player execution?

I will agree Muss can’t shoot the ball from the sideline. Perimeter shooting would have helped. But they wanted us to shoot 3’s. Just like they wanted Auburn to shoot threes. They exploited our offensive weaknesses.

Defensively, they made us wrong for everything we did. Yes…some of that was their hot shooting. But their dribble penetration and our help scheme resulted in plenty of wide open threes.

I am not saying Muss doesn’t know schematic solutions for everything they threw at us. I am certain Muss has schematic solutions for everything. And, Muss can read a game and make adjustments. But today, adjustments didn’t work. I refuse to just say “that’s strictly on the kids.” Players have to execute schemes…that is true…and when they do not, it lies partly on their shoulders and partly on the staff. Schemes have to be practiced. Player execution is coaching. Coaching is player execution. They go hand in hand. Singluar mistakes can be blamed on a player. But when something bothers a team for an entire game…I think it’s on everyone. Players and staff. Some blame and credit always rests with both.

To use my career as an example. If a choir or orchestra that I have rehearsed makes a mistake here and there in a concert…that can perhaps be blamed on them. But if they just don’t give a good concert overall…aka lots of mistakes or just playing uninspired and without musicality, rest assured I am gonna blame myself. I should have prepared them better.

Yes, they were indeed outplayed and outworked. Why? Not sure. I personally think it was shock. And frustration. Not just lack of effort. I don’t think any team coached by Eric will ever just not try hard.

Maybe that is the disconnect. When I say coaching, I don’t strictly mean scheme. I mean execution too. The Aggies gambled on defense today…and we could not execute and make them pay. Blame the players completely if you prefer. To me, it’s both.

To me…it’s ALWAYS both. Win or lose.

That said, I am moving on. I am a natural optimist, and I am going to be excited to hear our seed tomorrow and hope we can make the program’s 7th Final Four Appearance.

OK…I just spent way more time on that than I should have. I got work stuff to do. Unfortunately.

To sum up before I continue…everything, to me is coaching. All of it. Player execution. Playing hard.

I disagree. Coaching isn’t a chess game with men that move totally at the will & move of the coach. The players have their own wills, feelings, & motivations.

I totally agree! I teach college kids! I know better than most that college kids have their own wills, feelings and motivations. God–I deal with that every day.

But it’s my job to motivate and teach them. And it’s their job to execute what I teach them.

You are right. Players are not just chess pieces. Totally, completely agree.
But players are also coached on how and what to do and when.
They don’t do what I tell them? That’s partly on them. But its also partly on me. I should have taught them better.

All I am saying is coaching and player execution and motivation go hand in hand.
That their players outplayed us today is evident. On the scoreboard.
All I am trying to say is Buzz got the better of Eric today. TODAY. Only today. In MY opinion.
Just like Eric gets the better of Buzz and most other coaches, far more often than not.

t am sure my opinion is partly based on BEING a college and professional choir director. When my singers don’t perform well…I blame myself.
Never just them.

I appreciate the dialogue man. Please know I support Muss. I certainly do. 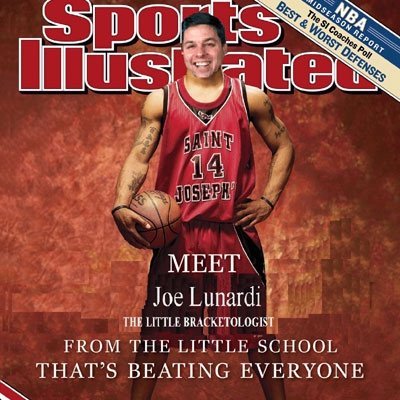 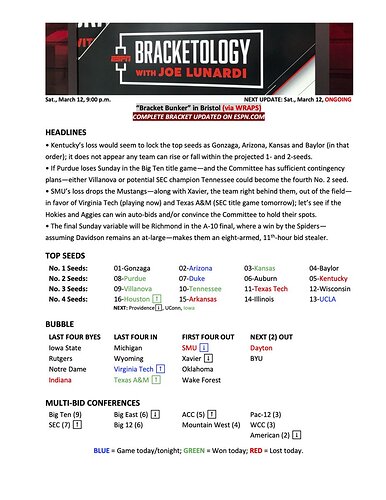 What I saw was a team that moved its feet (A&M) and stayed in front of the offensive player and another team that didn’t. I saw one team get open threes and get the lead because of penetration and kicks. It’s similar to what I saw early in the season, but not lately. A&M got much better looks.

Call it whatever you want. All of A&M’s players got penetration, even sometimes from the 5 spot (where they played an undersized guy).

When Arkansas made a run, they didn’t get defensive rebounds. That has not been the problem for this team for much of the season.

Someone already wrote this, but it looked to me like one team was playing to extend its season. The other team didn’t quite have that sense of urgency. That was mainly at the outset.

Focus and determination was a big part of this game. A&M was locked in. I didn’t see that from Arkansas. Blame who you want.

You either guard someone or you don’t. Maybe there were some scheme issues. But I saw the backup guard drive against JD Notae (and get his third foul) when JD did not move his feet. I don’t know if that was a foul or not, but guarding means you move your feet.