I saw my mail carrier with my magazine, so I went out to grab the HI. I met my new carrier. It seems she had been on the job for a few months, but I had missed her. She is very nice and we had an interesting talk.

From what she told me, training is a big issue with the postal service. Often periodicals and other third class mail are thrown in with packages, even though that is improper procedure. She has complained often. She told me that there are many new people and she believes they are NOT being properly trained. She also told me that she was not trained. When she started, she was thrown into the deep end, being sent out by herself after one day of training. It was on a homecoming day and she had a horrible time. She was so upset that she cried and finally at 8PM just returned without completing her route. She went to her union rep and complained. They then allowed her to receive a week of training, which should have happened in the first place.

I’ve learned the best place to meet new people is to visit with my mail carrier when they drive up. One of my new friends was upset that her mail vehicle had multiple mechanical issues. I assured her if it quit I’d take her to the post office. I’ve also gotten to know neighbors better by delivering their mail in person to them that was put in my mailbox (and vice Versa).

I’m accustomed to getting HI very late and have learned not to worry about it.

And with all the problems going on around us these mail issues are way down my list of things to complain about.

I usually get mine on Sunday from the previous game. I just figure it’s being read and eventually makes it’s way to me. 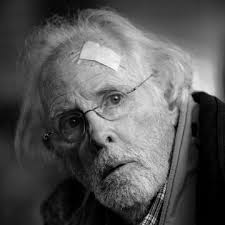 He claims that he is in the running for the Nebraska coaching job.

FedEx is basically the same way when I started with them I had a little bit of training but they put me out on routes that I’m not familiar with in trailer parks with hardly any visible numbers and in no sequential order. The same way for apartment complexes. I drove around 30 minutes in a trailer park trying to find two stops. The delivery business it’s tough especially from November to the end of the year.

Please make sure to pass this along to Matt since his team is looking into this. Maybe he can approach someone at the drop shipment point to help make sure they don’t get thrown in with packages. I received the South Carolina issue in the mail today living in Springdale. I’ll look at the photos and read a special article but the main reason I want it is to read about the team we are going to be playing that week.

I have passed it along.

I received my Cincinnati issue in the mail today in Rogers. Just FYI.

NOTE: the issue that I got today was the SC issue.