As how it relates to Joe Burrow. Also mention of BA’s truck misfortunes (egging and arson). 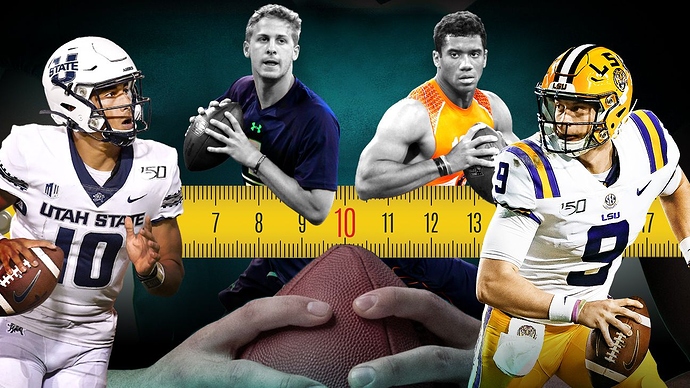 Every spring, the cycle of the QB Hand-Size Myth begins anew, with scouts dutifully reaching for their tape measures. But there's no evidence that bigger hands are better for NFL quarterbacks. What's the deal?

Having large hands is an advantage in basketball, football or baseball, but it is just one factor among many that determine if a guy is going to be a quality player in his sport. It means something, but not much, I would think. Ryan Mallett had massive hands, among the biggest ever for a quarterback. He could throw the ball about as impressively as anybody, but he didn’t make it as an NFL quarterback.

The combine is a meat market, but I usually watch it. It is interesting.