A school in Northwest Arkansas had an interesting start to classes. They had to give directions this morning for a family who was lost. They came to school this morning to get “directions to the virtual school.” They were told go back home. It’s right there. So funny, but so sad. Communication is important. Take nothing for granted.

Two stories from my days as a Sunday School teacher:

Little girl asked me “Where is the state of Dismay”. She said her mama was from there since she said it all the time. Wanted to know if it was close to Arkansas or Mississippi.

Next story. We were teaching kids the various names of God in the bible. Father, Lord etc. We asked the kids if they could think of one. Little boy says “Art”. We were puzzled and asked him where he got that. He said from the prayer. “Our Father who is Art in heaven”.

Probably walked to school, or carried their lunch.

When I was young, we lived in Meadowcliff sub division in SW Little Rock. Near the south edge of the sub division just past the school was a small grocery store. The name of the store: Nichols. It’s been gone for many years, the building leveled.

We were allowed to walk there to buy baseball card packs. But if you went, you had to leave a note. My older brother tried to write a note to my mom (since he was in charge) but none of us knew how to spell Nichols. So we wrote a note that said, "We have gone to … " And, we scotch taped a nickel to end the sentence and put a period. All four of us went to the store and each one of us bought a pack of baseball cards. I remember it vividly. My father loved the note. He took it to the office the next day and it appeared in the Our Town column by Richard Allin in a few days.

My father loved the note. He took it to the office the next day and it appeared in the Our Town column by Richard Allin in a few days.

Instead of keeping that private, your dad exposed the three of you to public ridicule…you might say that he gave you no 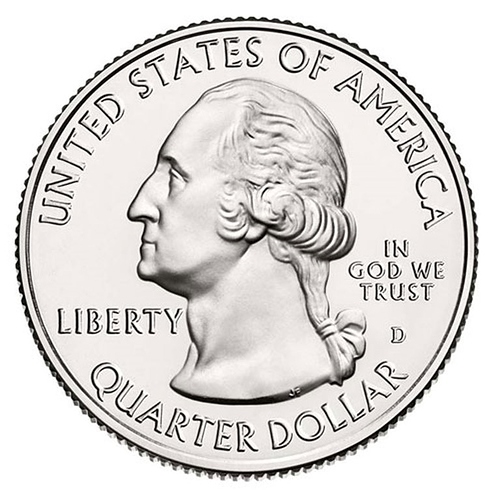 Yeah…that was a reach…

I liked it. Good reach.

Years ago, when my now 35 year old daughter was in preschool, she was learning the difference between a city, a state, and a country. I explained that she lived in Little Rock, a city, Arkansas, a state, and the United States, a country or nation. She looked at me with big eyes and said, “Where is Tisovee?”. I didn’t understand, and she explained, “Every morning we sing, ‘My country Tisovee’.”

My great uncle owned two state run banks back in the 50’s/60’s/70’s in California. Bank of America was exploding in growth and many smaller banks were going out of business or being bought out. He changed the name of the banks to “The Bank” and customers thought they were branches of B of A… sometimes you need to feed the expectations.

when my 35 year old daughter was in preschool,

I think I’m losing it, above is how I read your post the first time …

Years ago, when my now 35 year old daughter was in preschool, she was learning the difference between a city, a state, and a country. I explained that she lived in Little Rock, a city, Arkansas, a state, and the United States, a country or nation. She looked at me with big eyes and said, “Where is Tisovee?”. I didn’t understand, and she explained, “Every morning we sing, ‘My country Tisovee’.”

When I was learning my “ABC’s” back in the day, I would get to M and say the next letter was O. My parents tried to correct me, told me N was after M. I said “so N is in there twice?” They were confused. I explained that N was already near the end of the ABC’s. They looked at me funny. So, I said, "you know “X Y N Z”

That’s so awesome. Kids are great.

Goes to show how viewing something with a fresh eye yields new insights. Most of us just sing that line and have never considered to what it’s referring.

That’s pretty cool. Thinking out of the box, or pocket.

Man, I wish I had the baseball cards. That was in the early ‘60s.

We lived down the street from Johnny Sain growing up. My older brothers had baseball cards and signed baseballs from the Yankees and Twins. I used some of the cards in my bicycle spokes, and played catch with a Mantle and Maris signed baseball, oh what we know now.

My dad was on the committee to pick the Look All-America team. He went to New York City for the announcement of the team on the Ed Sullivan Show. He came back with a white autograph football with all the signatures. He pitched it to me and my brothers as he came in the house. We took it outside to throw it in the street. The autographs were gone in 10 minutes. It sure was fun.

If you had a ball similar to the one I had, it included Elston Howard, Bobby Richardson, Tony Kubek, Clete Boyer, Whitey Ford, Yogi, etc. to go along with Mantle and Maris.

Yeah, it was signed by the whole team, we also had one from the Twin with Killebrew and the rest of the team. I think it survived and Bill has it.