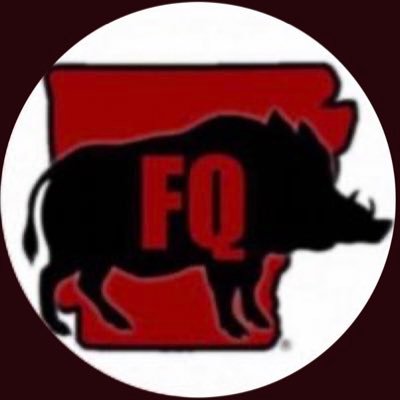 @FQArkansas
🚨 Assane Diop, (6-10, top 10 center via 247) has picked up a predictions to Arkansas via Rivals’ Travis Graf🚨 Assane is from Denver… So Muss is crootin crootin. https://t.co/crlLDbWDnM 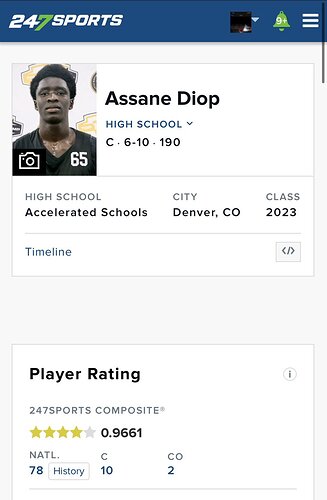 Pretty much a defensive guy isn’t he if I remember??

Makes sense if he and Baye are a package. Yes please.

Someone on another Hog-related message board said after watching both play, he felt Diop had a higher ceiling than Fall. Said he came away very impressed with Diop. Although very talented, I have a hard time believing that Diop has a higher ceiling than a 5-star recruit so take that tidbit of info fwiw. But getting both in a package deal would be

I’ve seen some highlights of him but hard to tell much about his game bc they are just a few dunks but he’s tall and lean and runs well,be great if we can get both for sure.

I’ve seen some highlights of him but hard to tell much about his game bc they are just a few dunks but he’s tall and lean and runs well,be great if we can get both for sure.

Yeah, he actually projects as stretch 4 or possibly even a wing. He’s a good passer and has some ball skill. He’s obviously very long and is a good passer, which matters a lot to Muss. The thing he has going for him most perhaps is that he plays hard and doesn’t shy away from physicality, which is another set of traits that Muss values.

I know there’s some debate of taking him or High. I think High is probably better at this point, but he also tends to float around the perimeter too much at times. Diop is close enough to High’s value and if it helps significantly with Fall, I take him. It appears that might be the plan.

Although very talented, I have a hard time believing that Diop has a higher ceiling than a 5-star recruit so take that tidbit of info fwiw.

Yeah, don’t believe it, for sure.

No, more perimeter skill set. I think he’s closer to Shawn Marion, but with about an extra 4 inches

Yeah. Figured he might’ve been overhyping Diop a bit. Still like him as a player and seems to have good upside. I’ll gladly take both (Fall and Diop) and hopefully we can nab Holland too.

Man, 247 has dropped Diop out of their top 100 rankings and now has him listed as only a 3-star recruit. What the heck happened I wonder?

Let’s get High and Fall. While also getting Dioped.

High, Fall and Holland are the 3 bigs I want

We might have to take Diop to get Fall though

It’s not like Diop is some scrub. I would be thrilled to have him.

Diop isn’t a one & done but he is definitely a take even without Fall.Trevon Brazile was a 3 Star on 24-7 also with a very similar skill set.

Don’t think Diop is a scrub, but there are better bigs Arkansas is actively recruiting right now.

Our recruiting guys always warn us that it could be because other kids moved up.

Don’t think Diop is a scrub. Surprised by drop in rankings though.

I don’t think Diop wowed during the core AAU season. Most things I read suggested he was solid at best. He’s a long play.

Come on man. If you got the choice between Fall and Diop, which one you taking? It bothers me a little that we might have to take both to get Fall. Never been a fan of “package deals.”