Different way of looking at the NCAAT Bracket

Saw this elsewhere - liked it - and thought I’d bring it here.

Note that various shades of red are the dominant color of the Sweet 16, and is represented in all four regions. Also notice that orange has been relegated to a single quadrant of the tournament. In fact, 6 of the 7 schools whose primary color is orange were in that region. 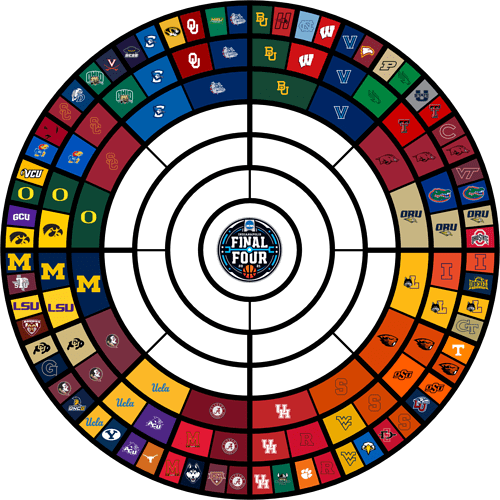 That would look great in 3D, either as a cone, or a stepped cone. A 3D printer could knock one out easily. The paint and logos could be a challenge. But it would be a thing of beauty and pride for the team sitting at the top at the end. The physical representation of that top of the heap, pinnacle of success would be striking. Especially if it were a running Razorback statue.

That is really cool

That’s always been my favorite. Wish we used it more.