I’ve noticed this for years. But why don’t all of our players wear the same style helmets? Not facemasks, but helmet types. I’ve seen at least three different styles watching a replay of the Red-White game.

All helmets have to be approved by the National Operating Committee on Standards for Athletic
Equipment (NOCSAE) by rule. Beyond that it’s largely individual preference. I’m not sure what the other two models are, but some of our guys wear the Riddell SpeedFlex, which can be identified by the hexagonal cutout above the facemask:

You will notice AA wearing one here: 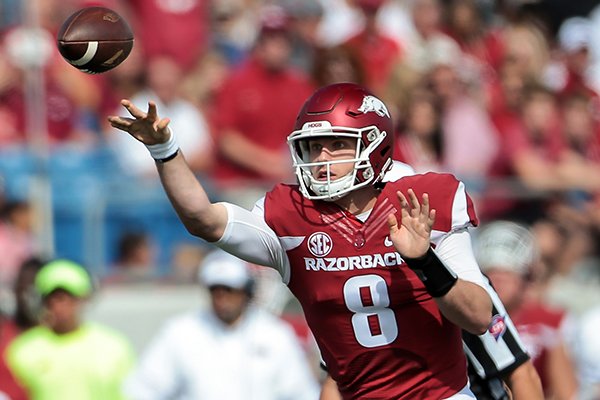 (Yes, I chose this image just to troll Fred.)

Each SpeedFlex costs $400, by the way. I don’t think we have any kind of a helmet deal with Riddell.

Somewhat guessing here, but I think some of our guys wear the Riddell Speed, which is similar to the SpeedFlex except the cutout.

Not sure, but I think the third model we use may be the Schutt Air XP, judging from the pattern of holes in the shell: 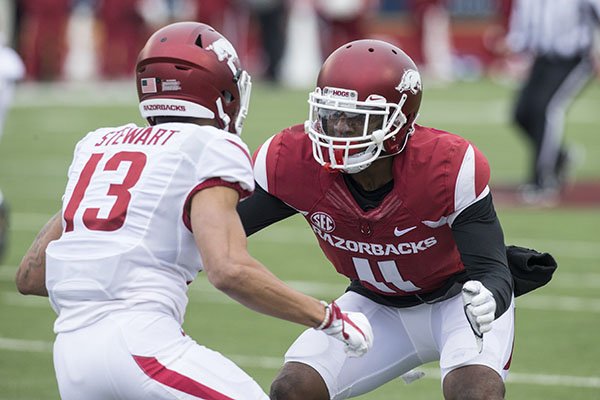 I found a pic of Maleek Williams’ hat from yesterday that doesn’t match any of these, so there may be four models.

It’s just the players preference. You see it in the NFL also. It seems the most popular is the SpeedFlex.

There is a new helmet brand, Vicis, that supposedly is an advance in reducing head impact and rotational forces. (Rotation control may play a role in avoiding concussions, although they’re very careful not to say they can reduce concussions). NFL and NFLPA did helmet testing in 2017 and the Vicis Zero1 model was the best helmet they tested. Some NFL players wore it last year; Notre Dame will wear them in 2018. (They’re $950 a pop, by the way).

Here’s Alfred Morris of the Cowboys wearing one:

I’d be interested to know if UA has any Vicis helmets.