Did I miss the end of two ICONS?

Was listening to sports radio and they were discussing what conferences would have the most dominant basketball. One guy was saying with the loss of Coach K at Duke and Coach Williams at North Carolina, the ACC may not be top of the pecking order anymore.

I remembered hearing about UNC and Williams, but had not heard about Coach K and Duke.

How the hell could I have missed that. That’s like the end of an era. Like Hostess saying they are stopping Twinkies. Just hard to believe. 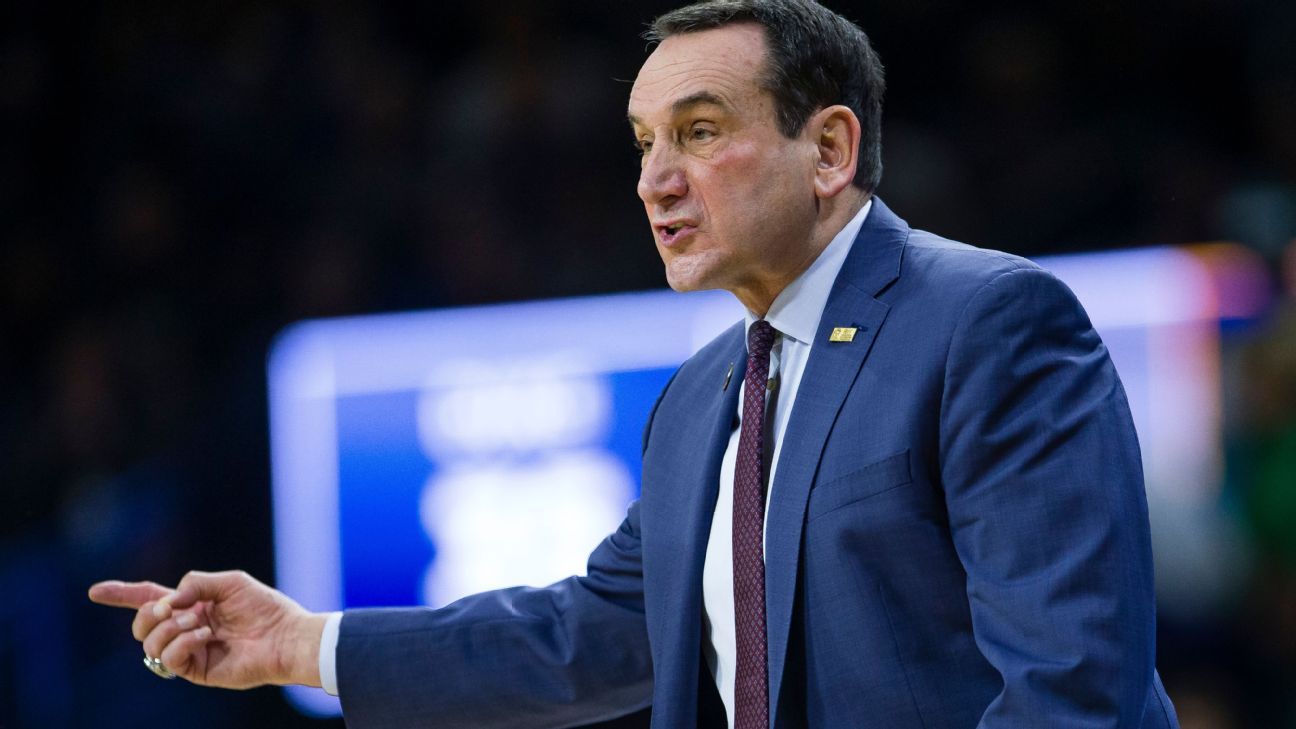 Hall of Fame coach Mike Krzyzewski, who has led Duke to five national titles in his 41 seasons with the Blue Devils, plans to retire after the 2021-22 men's college basketball season, the university announced Wednesday.

He announced his retirement, but he’s coaching this coming season. Retiring after that.

I hope Coach K takes a ton of losses in his farewell tour!

Coach K has been a great coach and influenced the lives of many young men in a positive way. He has coached the US Olympic teams. I am sure he has a very competitive spirit but he has never given me a reason to wish him a bad ending to an illustrious career. I hope he has a good final year, as long as he doesn’t beat the hogs, should they play each other in the NCAA tournament.

That will change the dynamics of that conference in the long term. Great coaches. I did get to spend some time around Roy Williams at Nolan’s golf tournament (and covering the Big 8). He seemed like a decent guy. I’ve covered Coach K games, too. He can be OK, but surly and agitated, too. Can he coach? You bet. I won’t be sad when he’s gone.

Duke under Coach K has been this whole “holier than thou,” “we do things the right way” vibe, which he’s not entirely responsible for but hasn’t discouraged either. Being holier than thou didn’t stop him from having his thumb in the whole Zion Williamson mess, for instance.

Yeah, I have gotten some of that vibe from him also. He is no saint but how many college coaches haven’t been involved in some kind of “mess”, either known or unknown.

I first began to lose respect for coach K when he kept playing that thug, can’t think of his name-kept tripping people, stepping on people, “accidentaly” punching players genitals. And coach K, Mr “do it the right way”, just kept playing him. I couldn’t believe it.

But when the FBI stuff came out, and then Zion, it was very clear that coach K has not “done it the right way”. fantastic coach sure, but what a tarnished rep.

then last year to come out and lose every game and suddenly want to cancel the season, sheesh. clearly time to retire.

It may be a situation where he may have been told it’s time to exit stage left! Coach K has been a little arrogant at times I will never forget the smarter team will win!

there you go, thanks, I was too lazy to look it up lol. man, that guy was irritating.

I didn’t realize there were still twinkies for human consumption. Thought that was just bear food.

Which thug? Christian Laettner was stomping on people’s chests 30 years ago.