Many players display various hand gestures when posing for a picture. Commonly, players flash 2 or 4 fingers.

I’ve noticed Desi’s hand gesture to be different. He crosses his 2 middle fingers. It is difficult to do (I can only do it with assistance from the other hand). 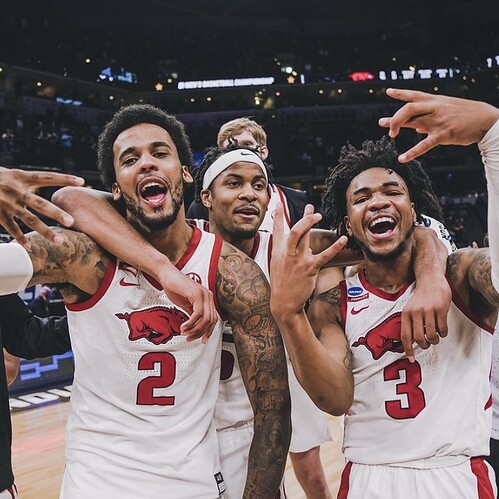 That’s a symbol for 3 for winning three games so far.

Thought it was for WWooooo pig sooie

It is difficult to do (I can only do it with assistance from the other hand).

I can do that with my left hand (without help), but not my right.
(Note: I’m right-handed.)

That sign often means “West Side”. I’m not sure what it would mean since he’s from Eastern Arkansas but that is a common meaning of that sign.

If you are giving that sign to a Texas fan, it should be the ring finger over the index finger.

I can do with no effort, on my left hand . but not my dominant right hand…

SOLLUTION: win tonight and hold up 4 fingers and just fold in your thumb. LOL

And after that, only one is needed to show six in a row.

I was wondering what context he was using it in as well. Having worked most of my adult life in law enforcement it is a well known gang sign. I’m not saying that’s how he’s using it, and hope it isn’t, but that’s the only context I know it in. The previous poster was correct that it stands for West Side. More specifically the West Side Crips. 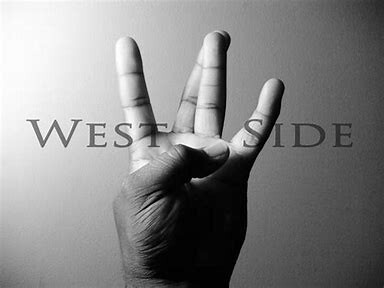 He stated himself he was doing for winning 3 games so far…Desi is not a gangster.

I don’t know, I was thinking it was just a W for win. Maybe not.

lordy what a thread

No where did anyone say he was a gangster. I was a little taken aback when I saw it because its was the only context I had ever seen it used. Even stated that I was not saying that’s how he was using it. I don’t think anyone thinks he’s a gangster, but I think it was worthy of the original question. Sorry if anyone thought he was being called a gangster.

FWIW, the original question wasn’t “what does this hand signal mean”?

The intent of my post was merely, “Desi does this interesting crossing of his middle fingers, that I have found difficult to do. Anyone else notice this?”

Uncleham my initial thought was gang sign to. Like you I don’t think Desi is personally affiliated like that.
But affiliated or not that is something “anybody” would need to be careful flashing it on public display. Even flashing that in different context could have repercussions.

Just to be clear (Everybody) I’m in no way insinuating Desi is involved in gangs, but more concerned that he be careful.

But I lived in CA for 30 years and seen a lot of that stuff from every ethnic background and they can be brutal.

I’ve always noticed most gangsters can cross their fingers like that, I suppose because they’ve had their fingers crushed for whatever reason. Common in that field.

I was watching the news last night and they were talking about the border and the MS13 gang members that were being caught. They sowed some pics of the people caught and in a closeup one of the guys did the exact same gesture!!