Darious Hall - did not expect this 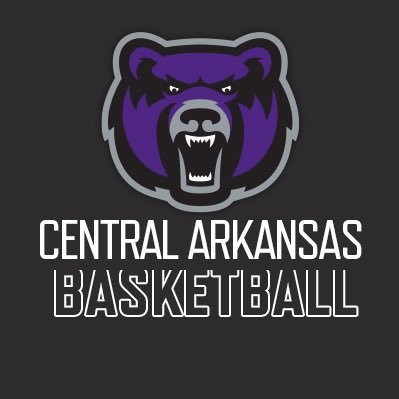 There is much that Day Day can learn from Anthony Boone. I think it’s a good fit.

Oh, how the mighty have fallen.

Seriously, did he get pushed out at depaul or was this a free choice?

I watched DePaul a couple of times. Hall was a non factor in the games I saw. He made a shot against St. John’s, but wasn’t really a factor in that game as DePaul held on. I never understood the decision to go to DePaul in the first place.

I am confused, mods. Why were my comments in this thread deleted? I used no harsh language. I only pointed out the facts I knew from Hall’s time as a Razorback, and his petulance while he was here and when he left. As much as I love what Muss has done for the program, guys like Darious Hall precipitated Mike Anderson’s demise. That story needs to be told someday.

Man there were a bunch of posters comments deleted. I read em & 2 mins later gone.
I thought I was in twilight zone.

This is a guy that the late Ron Crawford thought might someday play in the NBA. He had a decent freshman year at the U of A but does not appear to have developed at all at Depaul. I think the way he departed Fayetteville, probably limited his options.

I have no idea why either.

I’m gonna try this again, hopefully without censorship. Hall came here thinking he was a one and done. He wasn’t, and he blamed Mike Anderson for it. Why he went to a sorry DePaul program…I have no idea. What I do know, unequivocally, is that he was a cancer in the lockerroom. While I am thrilled that we have Muss now, Darious Hall was one of several bullets in the gun that killed Coach A’ s Arkansas career. I am soooo glad that Muss masters the portal. He isn’t beholden to “business decisions” and Arkansas kids that think they are too good to play for Arkansas.

Wonder if DePaul was the only major program that would take him?

Give me a break. I read the post. What rule of this message board did he break?!? If people only want hard facts on players shooting percentage and other stats then there are plenty of websites for that. This is a message board. People come here to share opinions and rumors. And they ain’t always complimentary or unanimous opinions. Your excuse of a reason for deleting that post is BS! Again I ask what rule was broken? Or do we just have indiscriminate censorship on this board?

I saw bits and pieces of a couple of DePaul games where Hall looked like a decent member of their rotation. They did not run any plays for him, but then again I had trouble deciding what DePaul was trying to do on offense in general. I did not see a guy who looked like he had developed more than you would expect simply from being older.

UCA is probably a good fit for him to try to show he can play pro ball somewhere overseas.

Or do we just have indiscriminate censorship on this board?

My opinion is censorship has always been uneven. Frequent posters get a pass over those of us who post infrequently.

A common issue is new posters who share their opinions and are bashed as trolls. Some are, some aren’t.

The board bullies must have extremely low self esteem just like bullies in real life. Only difference I see is you can’t punch a board bully in the nose without being put in the penalty box

Jeremy, you got a bunch deleted because of the words you used to describe Darius. I think you would not want your son called such things. You can do better.

Calipari and Will Wade are somebodies sons too Clay. I’m just saying.

College age athletes should be cut some slack. I do not like to see them tossed under the bus that way. I may do things differently than some others on message boards. I apologize in advance, but I’m probably not going to change.

You are right, Clay, and I sent you a PM. Although the only son I have sleeps in a dog bed and loves to destroy stuffed animals, I would never call him anything but loved.