Dang, I take some time off …

Just left duck camp for a minute and got a signal. I’m going back in a hurry for two more days. Needed ice cream for cobbler. Ducks are in south Arkansas county. 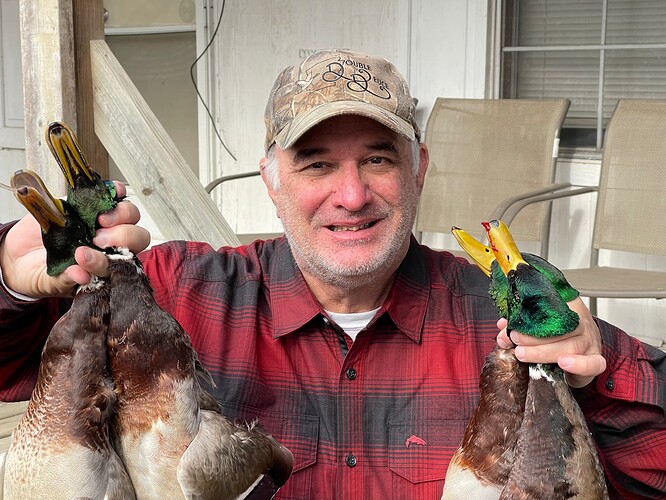 Clay, you know you can’t leave off what type of cobbler? Black Berry? Peach?

Had a Mango Cobbler one time, and it wasn’t to bad!

We didn’t have a duck one on our farm in Stuttgart weds, but hopefully when I go back Saturday will be a different story.

Was in DeWitt for Christmas.
Saw a bunch of coots, but not many Mallards

Of course it was near 80 degrees then

Another great day with Leo Crafton. Hunted Ward’s Reservoir with five Conway boys: Hal Crafton, Bryan Ward, Greg Sansom, Kyler Samsom and Leo. It was a fantastic hunt. Not many better hunting than this spot south of DeWitt. 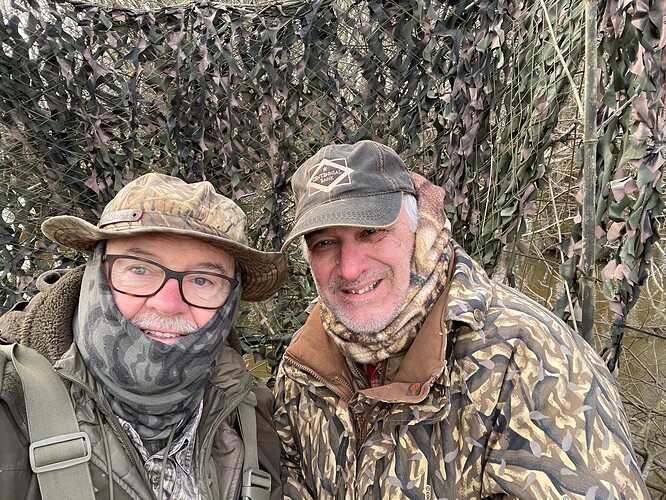 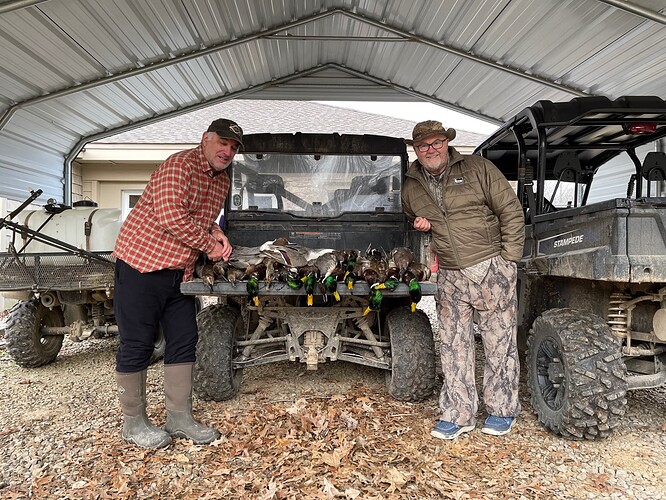 I see some pintail meat in there. Few gadwalls and mostly mallards. Excellent! Nice job Clay.

Two Pintails will be mounted and fly in my living room with the four greenheads and one wood duck already flying.

I’m glad you got some! We’ve had a rough season so far near Holly Grove. I was hopeful Friday would be a good hunt as it was nice and cold and we had water but we didn’t see too much.

Did not hunt this morning as planned. We broke camp Saturday and came home. I decided against missing Jean Ann’s birthday celebration and there was also a covid situation that encouraged us to go home. It’s a complicated story.

The ducks got a break. My new Beretta A400 Extreme shotgun – fitted with a Burris red dot sight – makes me a much better shooter. You put the dot on a duck and it’s going to fall. I don’t shoot nearly as much ammo. And, that’s another story. I like the new ammo that I’m shooting: Federal Black Cloud TSS (3 and 9 shot) steel/tungsten waterfowl shells. My daughter and son-in-law gave me the Burris red dot sight for Christmas. This was my first time to shoot ducks with it. I was pretty sure it was going to be good because I obliterated sporting clays with it.

I’ve always been below average with a shotgun in the duck woods. Yes, I kill them, but use way too many shells. Not now. My hunting buddies noticed. Long have they advised me to “aim” when I hunt ducks. I aim now.

I’m not a great shot either, especially since I had to start wearing glasses (progressive lenses, lol). I’m going to have to check these sights

The red dot is a game changer for me. I wear readers but don’t wear glasses to hunt. My far vision is good. For instance, I can see exactly where in the woods my golf ball goes. Seeing the ducks was not the problem. I shoot better the longer I hunt each season but always started poorly. I guess that was a concentration issue. But the red dot makes you aim. If the duck and dot don’t align, I don’t shoot. Before I was likely to shoot three times and miss three times, especially early in the hunt. 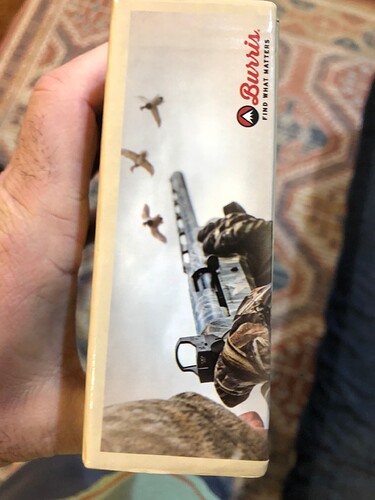 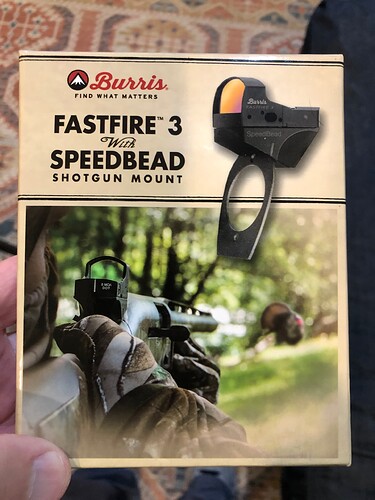