Interesting Morris’ future is being discussed by “ more and more college athletics insiders.” 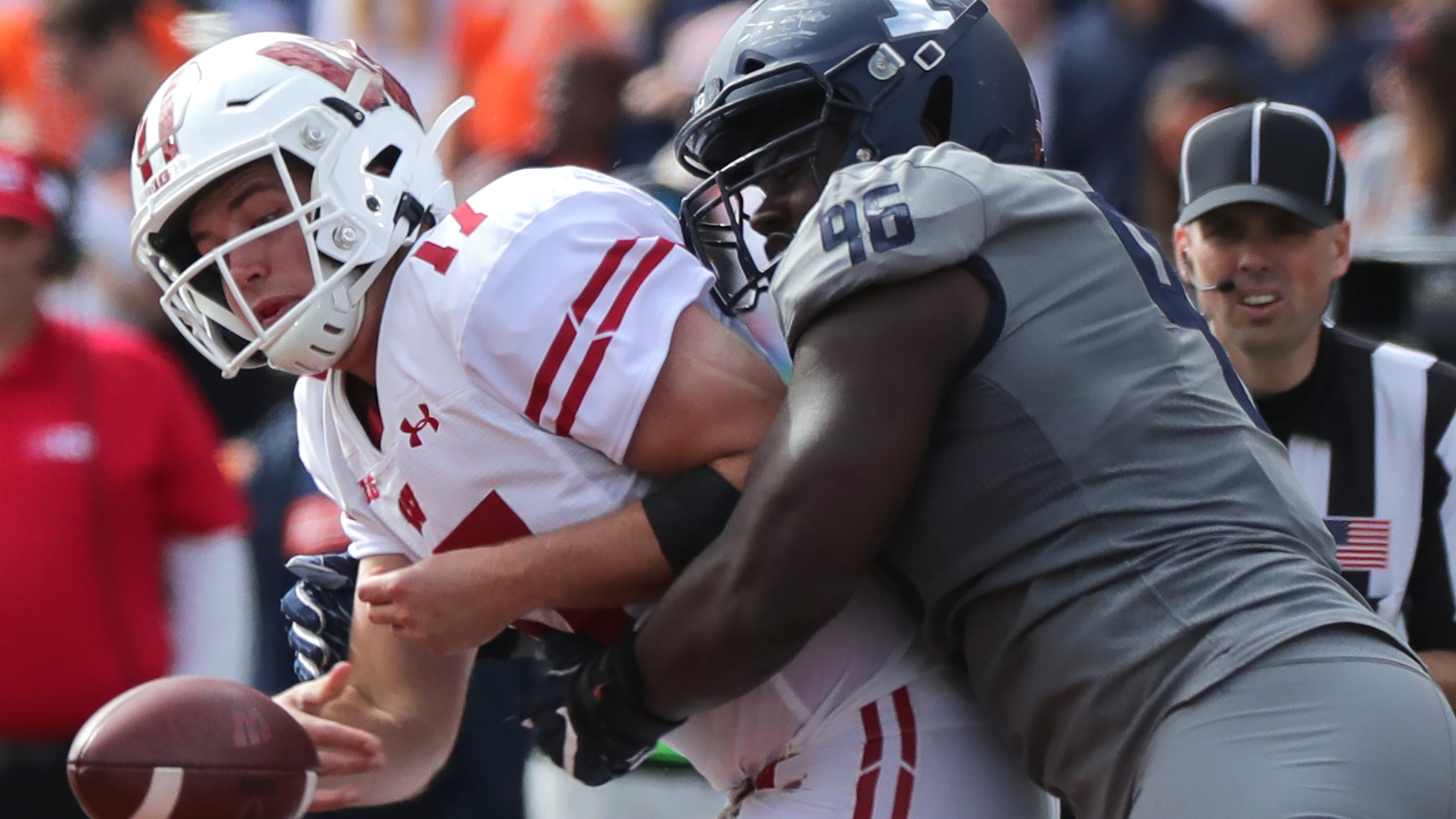 Week 8 observations: Wisconsin exposed as fraud in title chase and that could...

Wisconsin showed it was not a real national title contender with a loss to Illinois that changes the landscape of the Big Ten.

Wolken is a native of Hot Springs and used to work for the Memphis Commercial Appeal. He is a Vanderbilt graduate. Has any person who ever worked for that paper ever said anything positive about Arkansas? Has Dan Wolken ever said anything good about the University of Arkansas? He obviously is not a Razorback fan…Just another bitter journalist out there trying to stir up trouble.

Key word is desperate enough. Don’t think the Administration will go that route. Morris will have to make some changes in staff (Offensive coordinator is my bet) as the offense has shown little improvement while the defense lacks depth and speed which recruiting can address. I think Morris also has to find some junior college linemen who can play next year and start playing Cunningham and letting Jackson be the back up --jmho. Morris has to make some tuff choices or they will be made for him—hard part of schedule remains.

I would keep eye on the Baylor coach if a buyout did somehow materialize. Heck turnaround and ties to Texas recruiting.

Baylor is a better job than Arkansas, regardless. Better recruiting, new stadium, slightly easier league, equal number of rich alums, more football success in recent years despite Briles’s antics. Ranked this year. More tolerant fan base probably, but debatable. I’m not sure why some of you think we can just swoop in and take a coach away from Baylor. Almost laughable.

Wolken is a native of Hot Springs and used to work for the Memphis Commercial Appeal. He is a Vanderbilt graduate. Has any person who ever worked for that paper ever said anything positive about Arkansas?

George Schroeder, who is from Little Rock and who worked for our newspaper for eight years, has always been fair in his Razorback coverage. He is a pro and he is USA Today’s primary college football reporter.

If Morris is fired I just believe it’s gonna be hard to convince a proven HC to come clean up this mess when you just fired a coach after two years and one recruiting class. That’s gonna be a tough sell.

Absolutely, but the pile is only going to get larger under the current situation.

You may be right or, on the other hand, a proven, winning HC may think they can do what an unproven, losing G5 coach could not. The bar at 2-10 and likely 3-9 will be quite low. Win 5 or 6 and you are knocking out if the park.

I wanted a G5 coach when Morris was hired, but he was and remains a winner. The fact we hired a 14 -22 coach from SMU boggles the mind a bit.

A good coach who is wants to compete SEC would desire the AR job. Yes, it is big rebuild, but it has proximity to DFW & talent rich Texas with deep ties to AR. There is plenty of talent for us. OU & OSU already load up in TX.

Baylor, TCU, & SMU have small alumni bases. Top talent in Texas will go to teams that have give them national exposure, especially SEC. CBB closed the door on TX recruiting which CCM has obviously reopened. We just need proof of success to attract the talent.

Rhule will not be at Baylor long. Baylor is a stepping stone in the dysfunctional Big 12 conference that is owned by & dictated to by ut. Unfortunately Rhule renewed his contract to 2027. Some here say he will return to NFL, perhaps Cowboys if Lincoln Riley does not make the move 1st.

It just seems that Brett put us behind the 8-ball in Texas recruiting and firing Chad would probably make us personna non gratis in Texas…Not to mention retooling the offense and defense yet once again…It will set us back ANOTHER 2 years minimum.We’ve got good young players that need experience and a little lead in their butts…Not enough speed at linebacker and not enough bulk in O and D lines… I’m all for two more years… any coach deserves to coach their own players…

Coach Bert was a big set-back for Arkansas both in talent & cutting ties in recruiting. BOT & JL were to blame for that & believe HY may be a good AD. Arkansas would be on equal footing with ut, ou, osu, & atm in Texas in signing recruits if we could turn the corner & show hope of success. The top TX players want to play SEC for the exposure.

CCM can recruit and perhaps CCM can be successful, but we need to improve & he needs to prove to be a smart coach, including game day, & with smart coordinators under him. So far, he has not done that & running out of time. I assume he gets one more year even with 2 or 3 wins, unless players turn on him or recruiting significantly declines. Decision may also depend of what coaches are available, if change is necessary.

There’s no comparison between George and Dan, lol. That’s comparing a Pulitzer Prize winner, and my posts!

My though is that you have you have to look at replacing some asst. coaches that can not cut it.

Last year CCM had two things to recruit with:

At this point in his tenure he get’s an F in #1 and a D in #2. He’s been out coached by nearly everyone we’ve played and lots of freshman are sitting. Even I could leverage that to win recruits if I was an opposing coach. 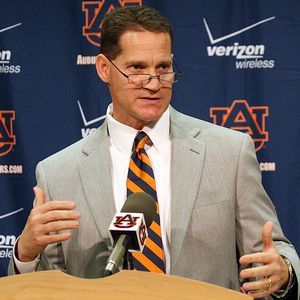 Forde: What were they thinking with these hires?

Recent coaching hires have been a laugh riot. In fact, it's the gift that keeps on giving this holiday season, writes Pat Forde.

That is interesting. Keep the comments and change the names and you would have this year’s grades. Dabo and Chizek were graded D and F and went on to win national championships at the schools after surviving the early years. I don’t think that Forde or the alumni saw that coming.

Chizik was bad at Auburn but had Cam Newton one year.

Chizik was bad at Auburn but had Cam Newton one year.

Once Cam Newton, Gus Malzahn and Tommy Tuberville’s recruits were gone, Auburn went south in a hurry. He had one horrible season (3-9, 0-8 SEC) and was fired. Auburn won’t stand for that kind of season.

Perhaps he does not have a desire to coach again or is picky about the job, but that he hasn’t been hired as a head coach kind of speaks volumes.