Hopefully CSP will work here, but it’s obvious the search did not go as planned or hoped for. 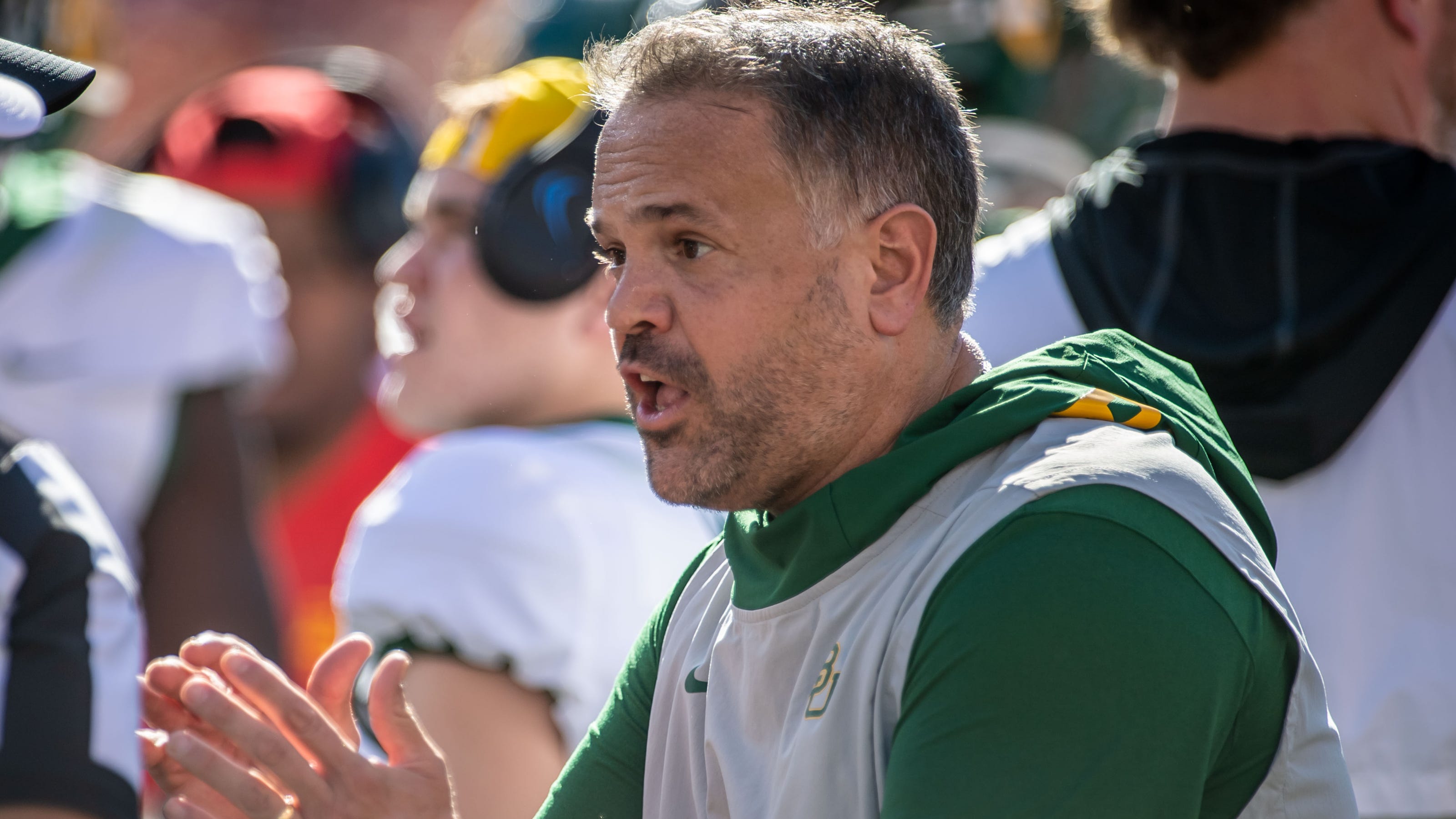 The openings have been filled but college football's coaching carousel might...

With NFL teams finding it harderto identify winning head coaches from within their own ranks of assistants, interest in college coaches has ticked up

I don’t care what Wolken thinks. Jackson, I think you’re just trying to start something.

The national media and “experts” will be skeptical until SP proves otherwise.

Certainly not saying we are LSU/Orgeron, but the same amount of skepticism (or more) was aimed their way before Orgeron proved them wrong.

It’ll make it that much sweeter when they start backtracking.

Dude…Just bringing info to the board which can be agreed with or disagreed with.

Personally, I think Wolken is a goof, but I don’t think he’s making this stuff up out of thin air and it’s interesting to hear what other ADs are saying about the search.

The same things were said when LSU hired Orgeron so it doesn’t mean Wolken and skeptical ADs are right… but no guarantee they are wrong either.

The biggest skeptic was Long and he brought us smiley and Tito.

Doesn’t matter now, just wins and losses from this point on. Pittman is better than last guy and maybe the real deal. Gotta support him until proven otherwise and so far he is doing fine. 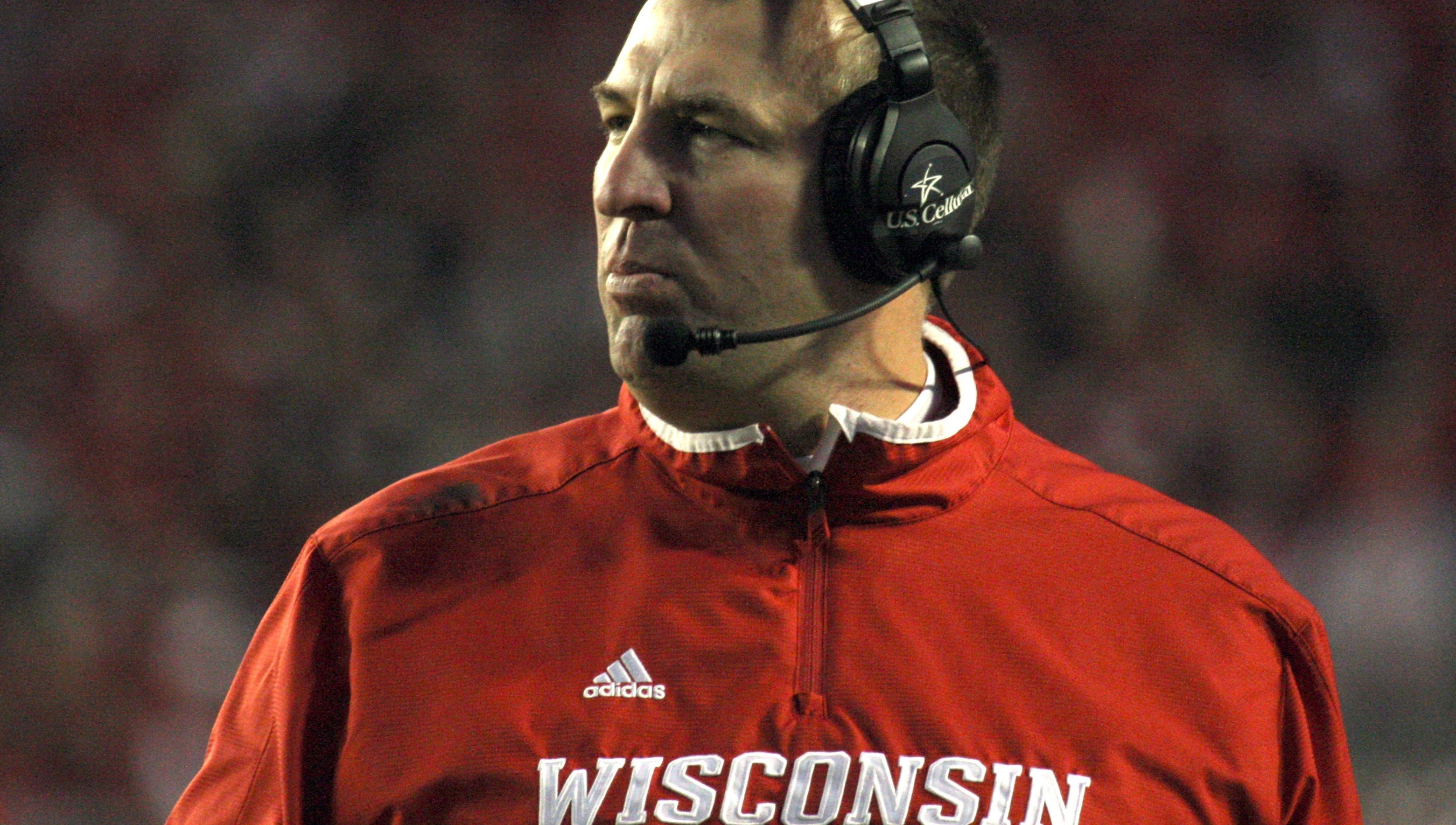 Why did Bret Bielema leave Wisconsin for Arkansas?

We should always be skeptical until proven otherwise. That’s the stance I’m choosing to take. Not eating the cake until it’s on the plate. I bought in to chad a little too much, blindly. Big mistake.

I like what Pitt seems to be doing, love Barry hire. But at the end of the day, you need to win. Period

That’s where I’m at as well. Given all of the former Missouri commits and coaches now on our team I’m adopting the moniker of our neighbors to the north.

I believe little of that story. The one giving Wolken his juice was Jimmy Sexton. I have seen too many of those stories and it smacks of Sexton. The agent is furious that Arkansas did not take one of his clients. He is vindictive and mean. He can work magic for his clients at times. Sam Pittman is not his client. He will trash him and Wolken played along.

The one giving Wolken his juice was Jimmy Sexton. I have seen too many of those stories and it smacks of Sexton. The agent is furious that Arkansas did not take one of his clients. He is vindictive and mean. He can work magic for his clients at times. Sam Pittman is not his client. He will trash him and Wolken played along.

Can you give us the correct version of the story? Did we not offer LK? Did we not have a group in Boone?

The part I really have a hard time believing was him interviewing Deion Sanders. I can’t imagine that being true.

Many times if a school is considering two or three candidates, Sexton will represent all three. But he didn’t have our search covered.

I believe we talked to Drink, as we talked to Kiffin and Leach and a couple of others. I think dollar figures were being tossed around to Kiffin, and maybe to Drink too after Kiffin/Sexton tried to play us and failed. But the only sign-on-the-dotted-line offer was to Sam.

Our guys did fly to Boone.

I loved Pittman’s intro PC. I don’t know him personally but I love what I’ve seen of him as a person. That said, I don’t buy any of the hype - or lack thereof - from anybody in the media anymore.

I’ll buy in with wins and losses. I will not buy in with resume’s and recruiting classes.

As @jacksonreid said: show me.

I Wolken’s article seems to indicate he’s talked with other ADs, but there are no quotes. Of course, I doubt any would go on the record…I certainly would not if I was an AD. You don’t publicly trash a member of the fraternity. That said, did he talk with any ADs? Can’t say for sure.

On Deion Sanders another writer - this one being from Arkansas - said Sanders was interviewed when the plane owned by Trustee Fryar landed in Terrell, TX. Was he? Hell if I know, but two media types - one from Arkansas and Wolken - say he was.

There was not one quote from an AD. Not one. The opinions are Wolkens opinions. He is welcome to them. But I believe his information is driven from what Sexton told him as to who turned them down or who was offered. It is my right to disagree, as Jackson said. I do not object to anyone writing something or someone posting it here. I just get to decide what I believe. I have talked to other coaches who Hunter visited with. I agreed not to list them here to protect them with their current jobs. I did not ask Hunter about it because that would compromise them, too.

Mainly what I disagree with Wolken (and this was probably driven by Sexton) is that Pittman will fail. That’s what Sexton wanted Wolken to believe. As far as where the plane went and who they talk to, that’s not what I’m finding fault here. As to who was offered, Hunter knows. And, almost every coach who he talked to probably thinks he was offered. Only one was officially offered.

None of us know if Pittman will succeed or fail. Way too early to do that.

I can see why Wolken or others think that he will ( first time HC, etc), but most thought Orgeron would fail at LSU.

Time will tell the story.