I’m not sure how much of this is available to non-subscribers, but I do know that you can read some of it. 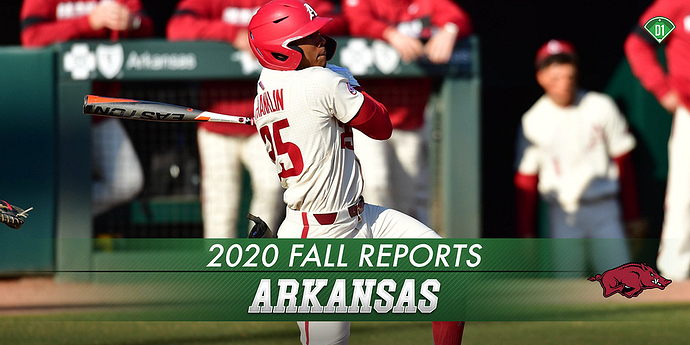 Christian Franklin is having a massive fall for Arkansas, but he's certainly not alone as we take an in-depth look at the Razorbacks' fall workouts.

Many thanks for the heads up BH. It’s been a few years since I subscribed to D1 and they don’t have a record of me

I went ahead and subscribed today as they are offering 25% off the annual subscription. Lots of detail in the story. Thanks again!

It gets down to “let’s take an in-depth look” before it goes behind the paywall.

Wow!! Nine pitchers who have had pitches clocked at 95mph or more. Don’t know about their accuracy or their other varieties of pitches, but that alone is very impressive! Let’s all hope that another cancellation of the season will not be forthcoming.

Yea seems like a good problem to have on the mound as stated in the article.
Thanks Marty

Article doesn’t touch on all of the players but scouts who have had a chance to watch said he has been very impressed with Wallace, Bates and Brooks at the plate. Obviously they have ups and downs being new to college but apparently he is counting on these guys to help out in spring. 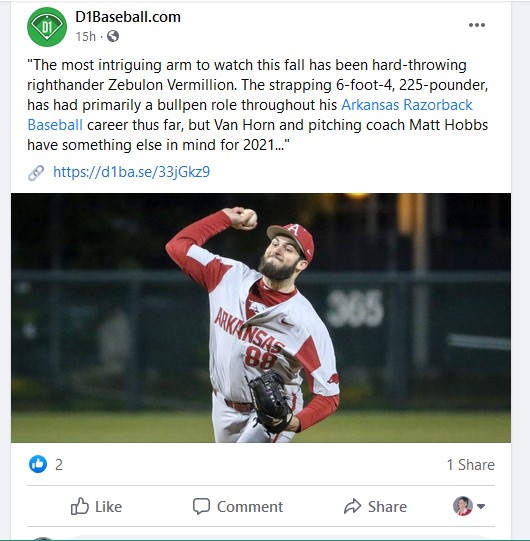 Vermillion will be a millionaire soon.