Jack Kenley hit for the cycle during today’s scrimmage, which is almost over at Baum Stadium.

Kenley hit a single in his first at-bat, flied out in his second and then hit a three-run home run during a five-run fifth inning. After a triple, he doubled in the bottom of the eighth to complete the cycle. He also has made a really nice play from his spot at shortstop.

More on him in a bit.

Here is the Game 1 box score: 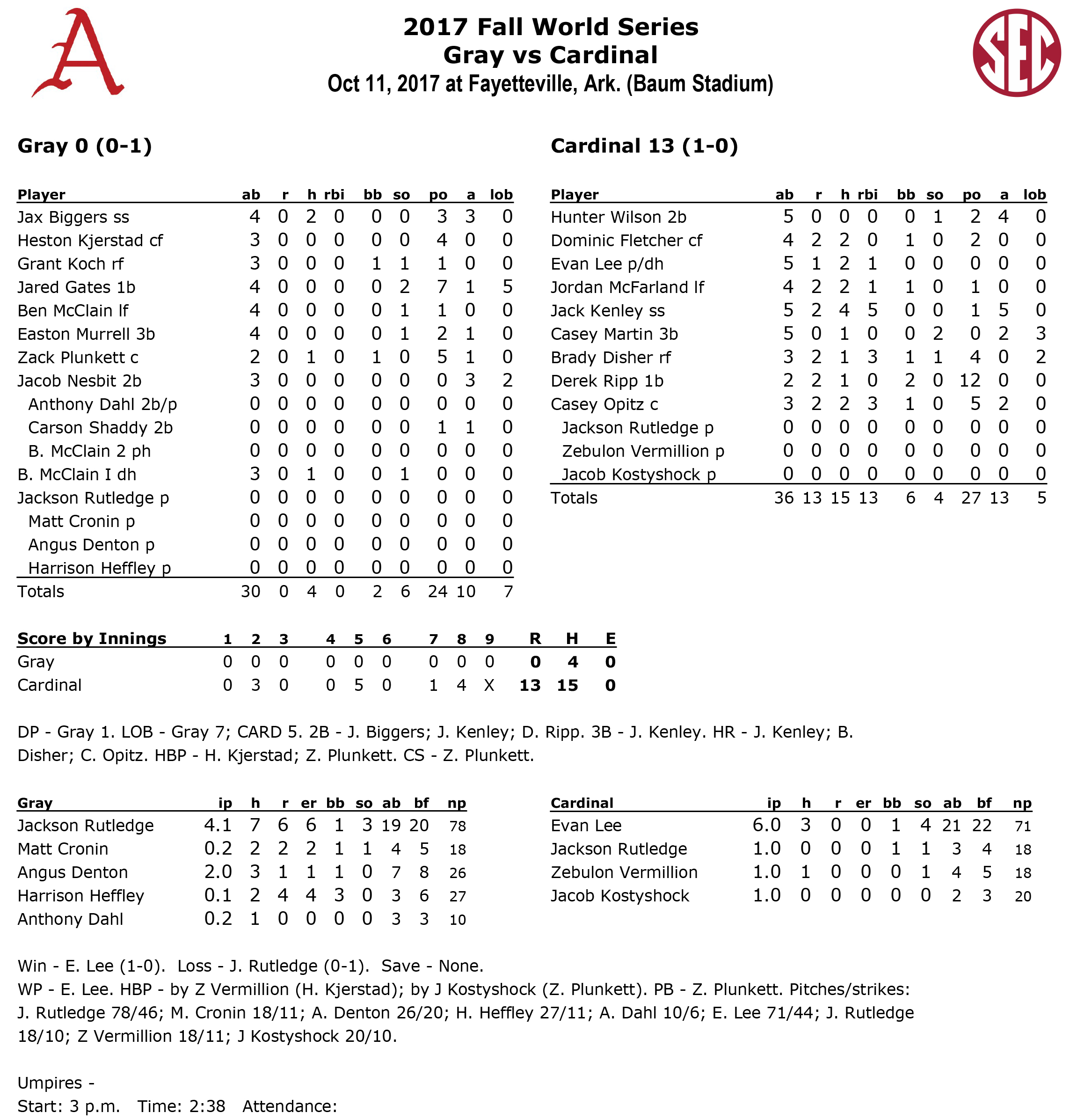 They confused the heck out of me today with Ben McClain hitting both 5th and 9th.

Friday I will take a piece of paper to do the lineups instead of waiting until they come up to bat. Even so, the PA announcer got some of it wrong. He kept saying that McClain was in RF, while he was in LF with Koch in RF.