And while you’re doing so, please remember that these are NOT MY tiers…just presented here for discussion… 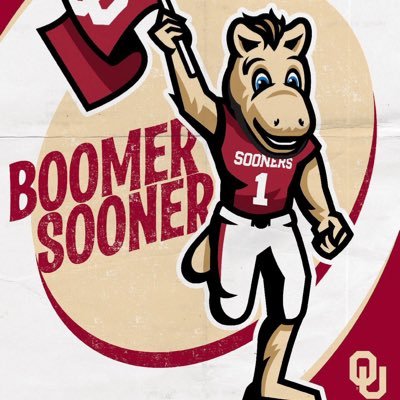 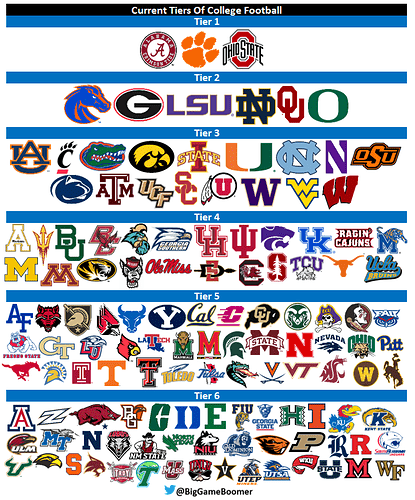 I have a suspicion this was assembled by a Boise State fan.

Or possibly an Ole Miss fan. They are probably the most overrated. Even with our dismal CM years, we are still 6-4 against them over the last 10.

Must just be some click bait, guy couldn’t have spent more than 20 min putting this together.

This list is comical with so may holes to poke. It assumes winning programs are equal and has a lot of recency bias.

Who would rank Northwestern as a better program than Michigan? Northwestern had a great season last year, but was 3-9 the year before. They don’t play every year because they are in different divisions, but Michigan hasn’t lost to Northwestern since 2008 and has won six straight in the series.

Boise State should not be in the discussion as one of the elite teams in the country. Since Chris Petersen left for Washington, Boise State has almost always fallen flat when it plays a quality Power 5 team. The one exception would be the bowl game it won four or five years ago over Oregon. Otherwise there have been a lot of overhyped matchups that did not deliver. It’s one of the reasons I’m skeptical of Auburn’s choice to hire Bryan Harsin.

That isn’t to say Boise State isn’t a great program; it is for its conference and for the Group of Five, and it is better than some Power 5 programs. But most Power 5 teams would have a stellar record with a majority of games against that type of competition. The same goes for UCF, Arkansas State and other teams that dominate at that level.

I have a lot of respect for TCU because it was willing to step up in competition when it could have remained a big dog outside the Power 5. (The added revenue was a nice bonus). That program took some licks early on in the Big 12, but is probably stronger now than it was when it was winning 10 or more games every year in the Mountain West and C-USA.

Seems to be the snapshot mentality of some people to make assessments with a very small sample. Cincinnati, Central Florida, North Carolina being on par with Auburn, Florida, Penn State and USC is pretty dumb in my opinion. I guess if one just looks at W/L records over a certain time period they could be led to very dubious pronouncements.

I’d putt the SEC in a tier by itself.

I’ve never seen anything with less thought put into it. That’s just dumb. The best anyone can say for it is that it might reflect the actual wins the teams had last year without regard for SOS.

Totally agree Clay, different world all together in the SEC.