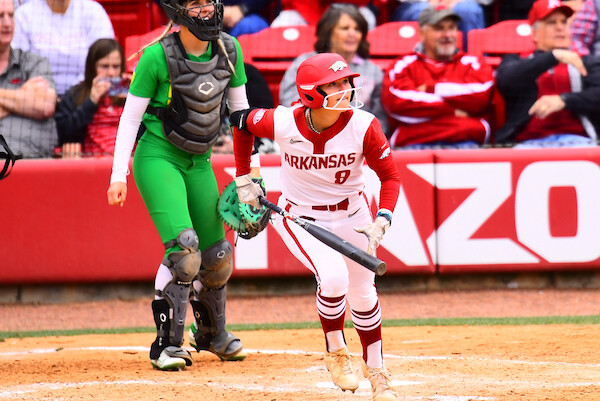 Arkansas broke a tie with six runs in the sixth inning, and the Razorbacks defeated Oregon 9-3 on Sunday to win the Fayetteville Regional of the NCAA Softball Tournament at Bogle Park. 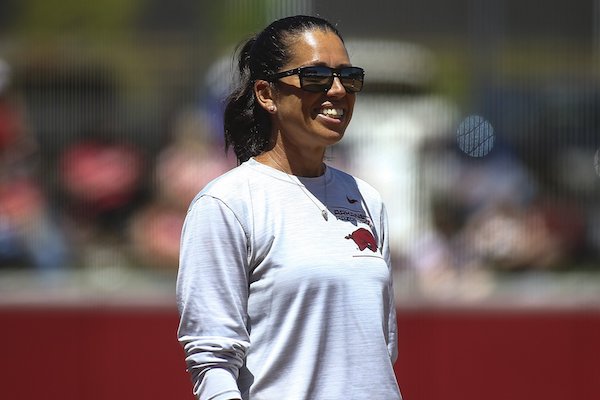 They have a lot of fun in the dugout and on the field. Players making props out of paper cups.

Imagine how many games they’d win if they played the game the right way.

The softball team has won a lot of game and errors happen! They take their swings and by the way win the SEC regular season title and the SEC tournament! Just won and regional and will host the Super. Wi. The super and it will be the first CWS appearance for our hogs. I think they have played the right way. Winning is the right way. If it’s not broke don’t fix it.

I loved seeing their Dugout. They were having a great time playing a kids game. that is as it should be. You could see the same thing in the Ducks dugout too. Sure, they were not happy to lose and there were some tears at the end, but overall, they were cheering their players, laughing and smiling.

I loved it. I think you play much better when you are lose.

After the Little League throw the ball around deal (I use to tell my players that everybody makes an error. Just don’t compound it with another), the ladies were still having a great time. Sure, they were having more fun after the 6 runs!! I certainly did.

Since you love to take shots at DVH and think the winning is only tied to jumping around having fun in the dugout let me try to explain it to you that only happens when you’re winning.

I love our softball team and their enthusiasm,they were indeed having a lot of fun with the cups and all that the other day but that was after they had won game 1 and we’re up 3-0 in game 2 so they felt very secure but had they lost game 1 do you think they would have been doing that. let me answer that for you…NO

Now on to your boy Vitelo over at Tennessee have you seem to think walks on water who is indeed having a good year this year but who we owned last year doing it"the right way"but everybody’s talking about all the shenanigans they do in the dugout with the fur coat and all the crap they do but let me rewind back to the middle of the week when they face mighty Tennessee tech and they brought in the relief pitcher who totally dominated them for 4 inn striking out 9,you didn’t see them t jumping around clowning they sat over head between their legs there like a boy who had been told to shut up by his daddy, same way they looked when Alabama kick their butt, same way they look when the mighty Kentucky wildcats kick their butt the first two games a couple of weeks ago.

Thanks. Your diatribe reminds me of the word salad manifestos of the manic patients I treat everyday.

You must have me mixed up with someone else though. I’m not sure I’ve ever once posted about Vitello

well if that is the case I do apologize but I’m pretty sure the reference of how many wins the girls could achieve if they could only do it “the right way” was a reference to the difference in how DVH and vitello choose to run their program?? DVH said something
about there’s a difference in how people choose to run their programs meaning you don’t have to be jumping up and down to be winning.

I want to see some enthusiasm out the players.
Get fired up. Like the stuff Cowboy did in the dugout when he was a hog.