From Pat Forde at SI.com:

One, LK hasn’t entirely grown up. Tweeted a picture of officials being led by seeing-eye dogs after he didn’t like some calls in their loss to Marshall in October, and tagged the C-USA office in the tweet, which got him a reprimand and a fine from C-USA. 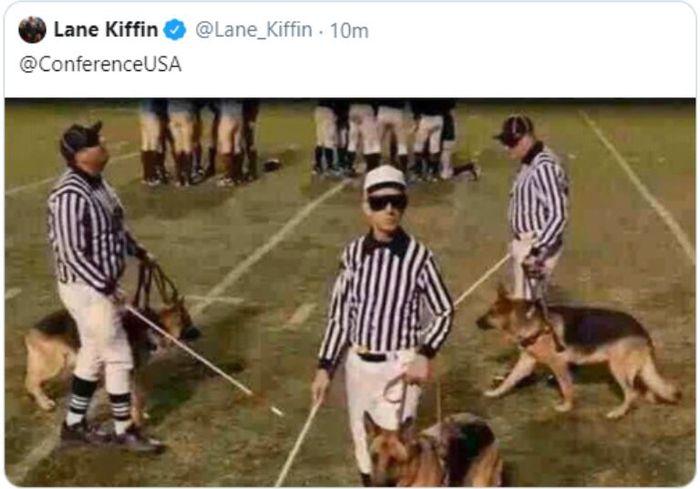 Second, his brother Chris (the one on the 49ers staff) is working in the NFL because he can’t work in college. The NCAA gave him a two-year show-cause penalty for stuff he did at (drum roll) Ole Miss while working for Bucky Freeze involving improper benefits to recruits. He comes off the show-cause this week, literally.

Why Chris Kiffin isn’t working for his brother

None of which necessarily disqualifies him from our job. Just bringing this to your attention.

Forde thinks LK as an SEC head coach would be interesting, to put if mildly, and he would up our recruiting game.

Fits SEC refs for sure! You

They see pretty well in Tuscaloosa.