You will not be surprised to learn that it’s us. Again. Five opponents ranked in the WTE Top 25, including two noncon games, and a stretch with four games in five weeks outside Fayetteville.

Most interesting schedule? BYU. They get Notre Dame and Arkansas back to back, plus two games in the Eastern time zone, two Pac-12 roadies and a trip to Boise.

Most backloaded schedule? Moo U. One breather from October 1 on, and six WTE ranked opponents in that time. Plus Auburn.

Game that should be played on wood: Duke at Kansas, Sept. 24. A hoops scrimmage would be much more entertaining. 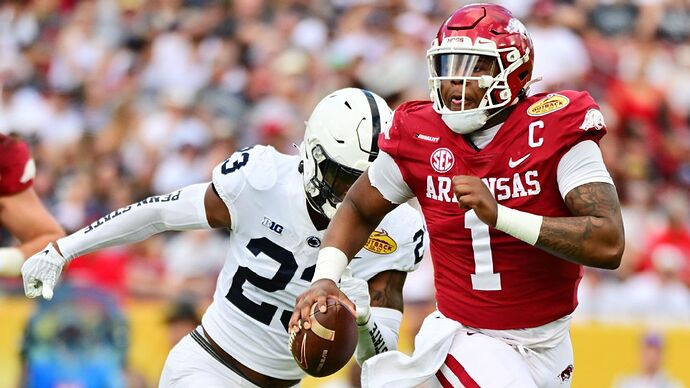 Who faces the biggest challenge out of the gate? Who has the most daunting road trips? And who has set themselves up for success -- at least on paper?

Not being critical of you, Swine. You’re just posting a new article that will be of interest to folks here.

But in the larger context, we long since should just expect and accept that we will play a Top 10 if not THE hardest schedule in the country every year. We have for literally 20 years now.

No, it’s not always the #1 most difficult. But over any rolling 5 year period, it has been and if anything, it has gotten even more difficult recently. Texas and OU coming into the SEC won’t change that.

Scroll down to the third table in the linked article below. it shows that in the 8 seasons from 2003 and 2010, Arkansas had the highest SOS of any team in the country. It hasn’t changed (gotten any easier) since then, over a period of several consecutive seasons. 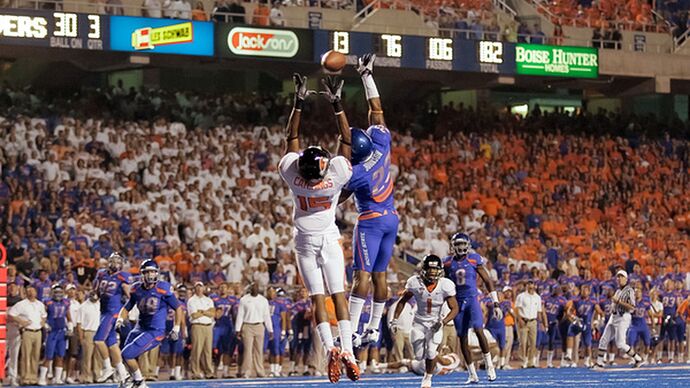 A look at college football strength of schedule rankings.

It really doesn’t mean that much referring to SOS unless you can go through it and end it with a successful record IMO.
I mean really, having the toughest schedule and finishing say 2 and 10 are you looking for sympathy or
congratulations.

I think schedule strength adds perspective to a team’s season.

It really doesn’t mean that much referring to SOS unless you can go through it and end it with a successful record IMO.
I mean really, having the toughest schedule and finishing say 2 and 10 are you looking for sympathy or
congratulations.

FWIW, the SOS in the link I provided right above your post was taken AFTER all the game were played.