ESPN.com had a roundtable discussion yesterday of today’s key hoops games (Bama-Misery being one) and then it swung to discussing conference tournaments, as in should there be any. They had a good point. Say the West Coast Conference decides to play their tournament but Mark Few says “we’re a 1 seed, we don’t need to go through the tournament” and Gonzaga opts out. Suddenly the WCC becomes a two-bid league when it wouldn’t have been – and one more bubble will be popped. Same with the AAC if Houston opted out. Conference tournaments have always produced bid thieves, but that’s a different kind of bid thief.

Joe Lunardi’s point, as a bracketologist, was that because so many conferences have unbalanced schedules (we play Bama twice, Tennessee doesn’t, for instance), the conference tournament is a fairer way to determine a conference bid than the regular season standings. But most of them agreed that if skipping conference tourneys helps get teams into and through the Dance, that’s worth it as a one-time deal. No tournament means you can isolate and make sure you meet the NCAA testing requirements once you get to Indiana and the Dance bubble. 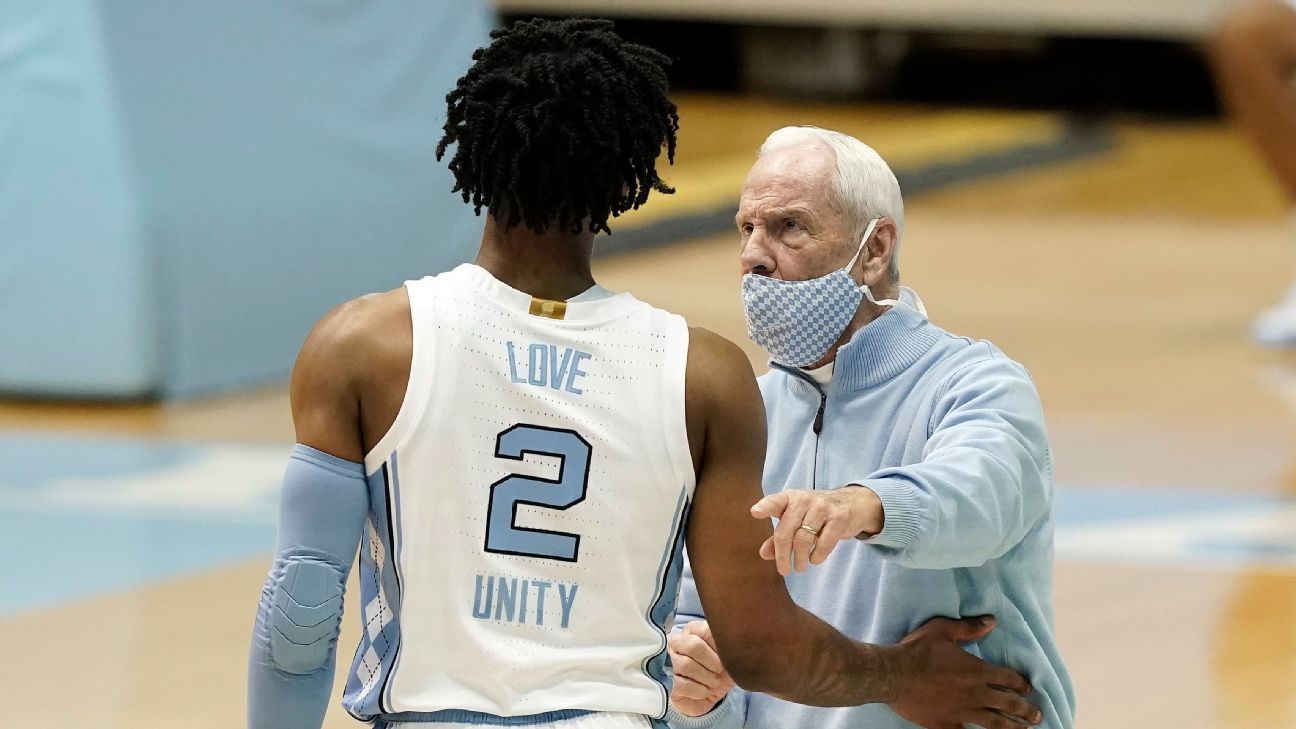 ESPN.com panelists assess what's at stake in Duke-North Carolina Part I, as well as Saturday's other key matchups.

Just thought it was an interesting discussion, particularly regarding the Gonzaga/Houston situation.

They have been talking about this on ESPN for two weeks. There was a thread on this forum about this. They were thinking that will happen in six or seven conferences only affecting six or seven bids. Also it is quite possible those conferences will have more than one bid anyway.

I think that’s going back to the misconception that the committee cares how many teams get in from a conference. Once the 68 teams are selected, they have to care because of the bracketing rules that two teams from the same league can’t meet on the first weekend unless they only played once during the season (the so-called procedural bump) or unless they are both in the First Four. But they don’t say “the SEC isn’t quite as good as the Big Ten so we give the BT 8 teams and the SEC 6”. Bubble teams are compared with each other all over the country, not for that sixth spot for the SEC. If that #8 team steals a bid, the team that is knocked out may be 2000 miles away.

Houston got beat by the last place team in their league. They may not be in the best situation to opt out of anything at this point. As far as Gonzaga is concerned until they entered a power 5 conference or win the National Championship their seeding is based on what they do in the non conference portion of their schedule and who they beat in the non conference. Put them in any power 5 league and their cake walk to a 1 seed would change.

Coogs are still a 2 seed with Lunardi and on Bracket Matrix. They’re fine for a very high seed unless they start losing several games, and looking at their schedule the only good prospects I see for that is their home and home with Tiger High, and maybe at Wichita.

Doesn’t matter what league the Zags are in, they’re legit, just like UNLV was in the Tark era in spite of playing in the Big West. Not tested much in conference play, but Gonzaga hasn’t been tested much in NC play either; their closest game was a 5-point win over West Virginia in early December, and they blew out Show Cause Self. Too bad their game with Baylor was virused out.

Even great teams have bad games. Our NC team lost at Stankvomit to a Leghumper team that finished 9-7 in the league (the other SEC loss was to Bama, which finished 12-4). Houston had one at Greenville the other night.