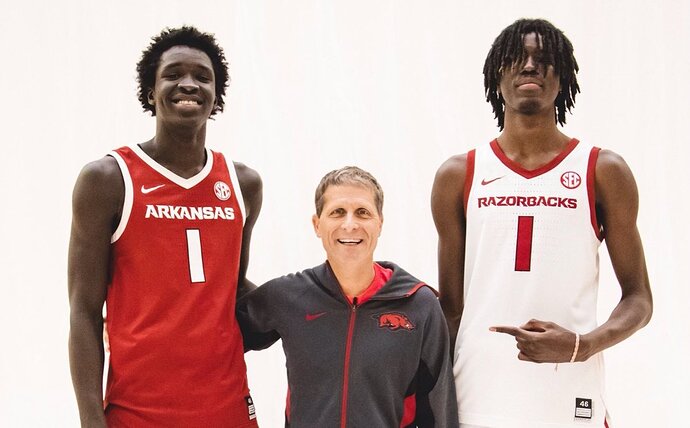 When Arkansas 2023 basketball recruits Baye Fall and Assane Diop made an unofficial visit to Fayetteville on Feb. 26, the trip planted the seed for their return.

Arkansas still solid with Ron Holland? Where do you think Holland ends up, Texas or Arkansas? Don’t think UK has much of a chance with him now.

Agree it is us or UT, more us than UT though. When UK got a commitment from top 5 Justin Edwards, Ron most probably dropped UK off his list

Arkansas still solid with Ron Holland? Where do you think Holland ends up, Texas or Arkansas? Don’t think UK has much of a chance with him.

Last I checked the feeling was Arkansas or Texas. Will check again.

Wonder what staff’s plan is for front court. Likely losing 3 (Johnson + Mitchells), if you get Holland do you take Diop too ? Somehow I doubt it becuz probably don’t want 2 similar wings in Diop and Holland. Clearly Holland and Fall are Options A1 and A2. And where does High fit in? I really like his game. Reminds me a lot of Jaylin Williams. I like High more than Diop, but staff might have to take Fall/Diop as a package deal. Never been a fan of that kind of package deal stuff but might be unavoidable. I’m hoping Brazile stays at Arkansas 2 seasons but after watching him play over in Europe I have my doubts.

Why would Holland and Diop be either/ or? Take em both if you can.

Why would Holland and Diop be either/ or? Take em both if you can.

Agree. Can’t imagine that not being the plan.

Agree. Can’t imagine that not being the plan.

Absolutely. ESPN has Diop as a top 60 recruit, and 2nd only to Baye Fall in the state of CO. He has only been in the US for 2 years. His up-side potential is immense. He still has one more high school season to further improve his overall skills. I would expect him to make great strides here under Muss and staff.

I don’t know. Just speculating. Hell, take all 4 if you can get them. We’re going to be losing a bunch of front court players after this season anyway (Kamani, the Mitchells, Brazile, and very likely Walsh too).

All I’m saying is you don’t turn down Diop if he wants to come, and I doubt very seriously that Muss would. I think it’s a no-brainer to be recruiting Diop and Fall together. Why would you not? We will have the room for both, and Diop is a 4-star. I really don’t get why you are questioning this? Do you really think signing both will cost us Holland? I don’t. 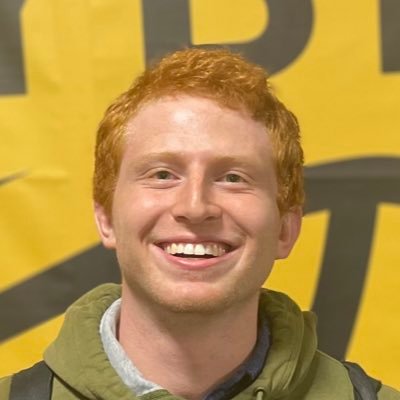 @JacobPolacheck
Baye Fall is no longer planning to visit Texas, he tells ZAGSBLOG. He is currently on an official visit to Rutgers and has a visit planned to Seton Hall for September 28. Fall is also planning a visit to Arkansas. Dates TBD. twitter.com/jacobpolacheck…

Never mind. Still on for the Missouri State game.

I’d drop the words “potentially and good” and call this Great news for the Hogs. The only team I was worried about was Texas.