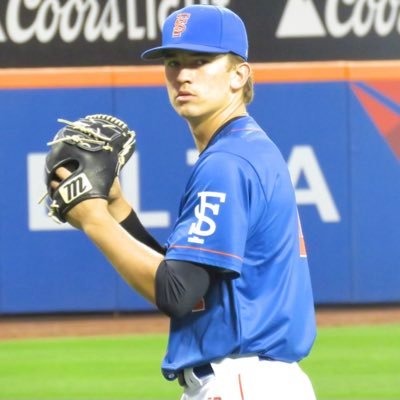 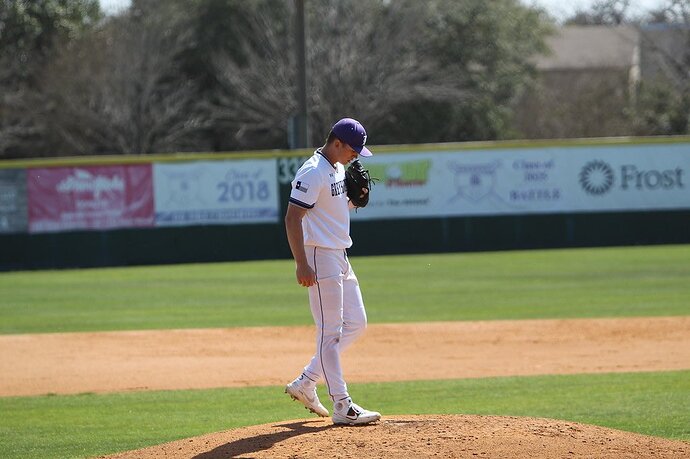 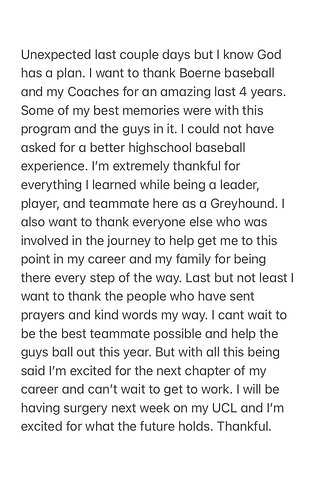 Does this surgery make it more likely he defers MLB to come to school (Arkansas)?

I don’t know. I don’t think MLB teams are scared by Tommy John. I think clubs like it when they can oversee the rehab.

Man I hate that for him and us both, he is the best pitcher we’re bringing in next year… best of luck to him

The thought is Arkansas might get Phillips to campus now. They did not think they had a shot before the injury.

With NIL opportunities that now exist and the amenities of playing college ball compared to the minor leagues, it’s going to be really interesting over the next few years to see how many big prospects the major colleges can snag. I would think the success rate will go up, at least a little.

What do you think about Palette? Do you see him pitching here again??

I think Pallette will be drafted this year.

Yeah what I was afraid of…

Then again, Arkansas will have Wiggins, Hagen Smith, and probably Brady Tygart. Tygart wants to start.

Yes and I won’t Tygart to start too LOL but we got to find a closer, maybe Griffin can find home plate and if he can do that he’ll probably be the man

Hate to hear that about Mr Phillips but can only assume he comes back as good or better.
I know it’s highly unlikely but him and Pallete here next year along with the current pitching staff. Whoa!

I don’t think Phillips will be pitching at Arkansas next season. I’m not sure if he has even had the surgery yet. Then you begin the long timetable for recovery.