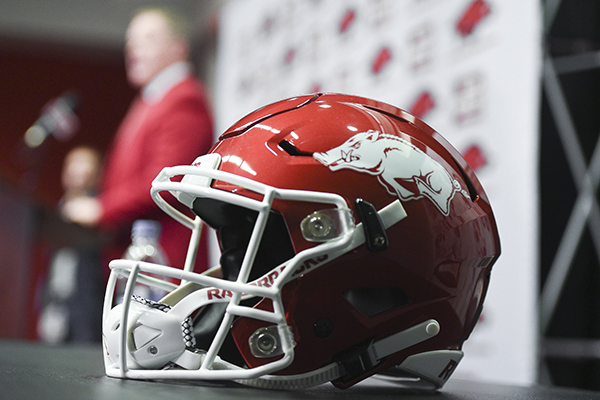 The hiring of Georgia State running backs coach Jimmy Smith to the same position at Arkansas is a great move, according to Georgia high school coaches.

I know 1st hand about the Talent in Ga.There is talent all over the state and lots of colleges come to Ga to recruit.I think he’s one of us scenario will work well with the coaches b/c they actually know him personally…very excited to see what he can do.

I’ve lived in GA and TX.

High School FB in Georgia is just as big a deal as Texas. The high school facilities in the neighborhoods around Atlanta are really good. Atlanta is growing so fast, the schools are constantly expanding.

I love the fact that we are going to be recruiting Georgia.

based on that, can we still compete with UTSA since new coach who is a Texas legend just hired his brother who was high school coach of respected status. I get it, but we still have to demonstrate a program change to winning to get those kids with lots of opportunities. I am excited and happy that we got Darin Turner out of Memphis who is loved by all coaches who have had to coach against him and those who observe and have for a long time and think the kid has huge upside. I get the GA connection and have since Jamie Newberg was the big deal recruiting guru who thought GA kids were best of the bunch. I do hope it is easy to get from ATL to XNA. Coaching staff looks great and even Finebum will have to admit that and acknowledge it starts with Jimmy and Joes for KB and BO to shape and teach to win in the SEC. GA plus East TX to include Houston and DFW should be what we need to be a bully team and rise up from the ashes of BP and BB exacerbated by Chad. We have a talented staff and to be able to not take the Illini coach who had attended camp at Fayetteville often enough to have a personal knowledge and appreciation says a lot.

Traylor recruited east Texas better than anyone at Arkansas since Nutt was in Fayetteville.

I believe Smith gives Arkansas a chance to recruit Ga. better than anytime in the past.

While UTSA may have some Texas legends coaching, they certainly can’t offer facilities comparable to those at Arkansas. They also don’t play in the SEC.

duh, thanks Marty. I had no idea. But the article did bring up a cool name from the past who is about as nomad a coach has been around, John Thompson. Easiest to use Wikipedia to document his jobs:

John Thompson may refer to: 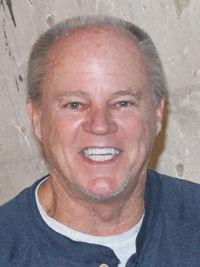 John Thompson reflects on a life in football, business venture

ALPHARETTA, Ga. — Those who visit Clothes Horse in downtown Alpharetta are likely to see the friendly, smiling face of co-owner John Thompson behind the counter, ready to provide what

quite a path with lots of stories to tell

Thanks as always for your insight RD. Question on the “Great recruiter”, “Good Recruiter”, will be great in East TX, gives a chance to recruit in GA. I see this kind of language all the time especially when a coach is a new hire, like this year for the Hogs. Are these terms based upon anything factual and are they ever followed up on. When CCM was hired it seemed that we would get an all star team out of TX, especially East TX. Now we will get an all star team out of MO and GA. Just curious to know if there is factual data to know how the recruiting year turns out over time. If not, how do the coaches get these labels? Your thoughts? Thanks again.

I’ve known JT since he coached my brother in 1979 as John Outlaw’s defensive coordinator at Arkadelphia. One of the nicest guys ever, but he could bust on some kids too.