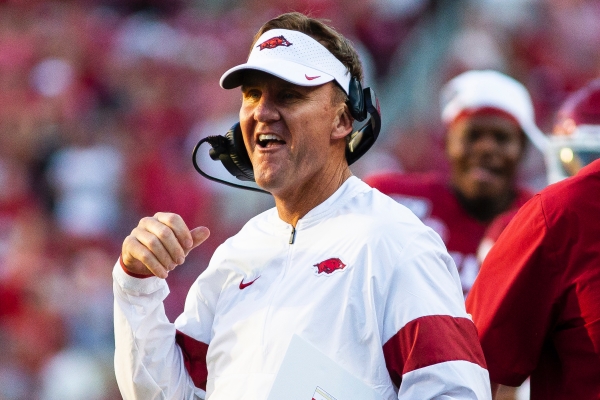 Arkansas’ Club Dub has attracted national attention and it has been noticed by recruits.

That is the coolest thingI have seen!..Great idea by the Staff,can’t help but impress recruits…now we got to win to enjoy it!

Arkansas was the team on Film Room this week (SEC network). I just happened to catch it. They had a view of a staff member standing at the door to Club Dub. The players said that their name had to be on the list to get in. It was so cool!

While there has been a lot of snarkiness from fans about it, I think it is a great idea and so do the recruits.

Losing sucks, but they have to get better players and aren’t going to get them doing things normally.