Clint Stoerner on the team and fans 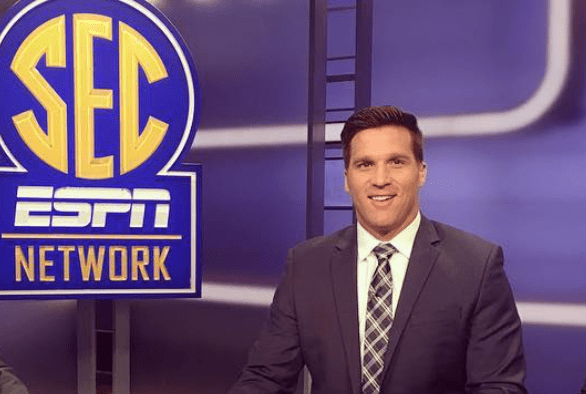 When it comes to SEC era Razorback football, nobody is more intimate with the highs and lows than Clint Stoerner. The former Razorback quarterback experienced the highs of Houston Nutt’s first season, when Arkansas was just minutes away from beating...

In my opinion, he’s not wrong.

No he’s not. But calling fans who deeply care about the program losers is counterproductive. As misguided as the calls for CCM’s firing maybe, at least this shows the fans still care about the program. Apathy is a program killer. As you know General, we are not just fans. We are consumers. Because of our patronage, there is an athletic department. You can also say that about the University. Most of the fans want is a competitive program that wins more than it losses. That doesn’t mean beating BAMA every year. But once every three or four would be nice. And maybe a January bowl game every three years or so. These things are not unreasonable. Despite what some sports commentators say.

It would be wrong to fire any coach 4 games into his second year. I don’t think they are losers but are not thinking things through. Now back to my nap!

My personal opinion, just from this post, I don’t think he’s debating the passion of the fanbase, but he’s challenging the mentality itself of the simple answer being to fire everyone.

Is firing a coach 4 games in to his second year crazy? Yes

Hopefully we won’t have to find out if HY thinks it’s advisable.

I am from Pine Bluff but now live in Chapel Hill, NC. Mack Brown was 1-10 his first year at UNC. And he was 1-10 his second year at UNC. After year 2, he was so discouraged the AD had to talk him out of quitting, Then he turned it around at UNC, went to Texas, and won a National Championship. Same deal with Mike Kryzewski at Duke, his first two years at Duke were terrible, and people were calling for his head, but he seems to have done pretty well since then. So yes, it is understandable that people are discouraged. But firing a guy before he has established his program is not fair to the guy and oftentimes not the smart thing to do.

Arkansas - like every other fan base - has some great, some good, some fair weather and some bad fans.

So true Dudley. I’ve lived in TN for 22 years and have heard some crazy things come out of the mouths of Tennessee, Georgia and Bama fans. I’ve heard several (so called) fans from at least a couple of these schools want their team to lose out so the coach would be fired. Football and basketball.

What you want we had under Nutt but it wasn’t good enough so this is where we are. People forget that. If you think it can’t get worse than this, it usually will. Every decision has a consequence.

Put a product on the field that resembles a game football team is what I would like, I have seen very RARE glimpses of it in the past 2 seasons, and now its going to take another year to be able to do that? Ours fans need to be like Rip Van Winkle, wake us up when we get there.

I was a Nutt supporter. I didn’t want him to be forced out. Notts biggest Achilles Heal was that while he won games he wasn’t supposed to, he lost games he should have won.

Dudley is right about fans and it applies to all the other schools too. Key is we are fans, easier when we win and much harder when we lose. This too will pass but the frustration is that the timeline appears it will take longer to fix than we want it to take.

Arkansas - like every other fan base - has some great, some good, some fair weather and some bad fans.

I respectfully disagree. Subpoenaing a coach’s cell phone records to find dirt to share to get him fired was not “normal fan activity.” Flying “fire Nutt” banners over the field during games where the team and recruits can see it is not “normal fan activity.” (If other fans do more than put real estate signs in the coach’s yard, please share examples of similar insanity elsewhere.)

There is a segment of Arkansas fans that enjoyed “running off a football coach” and that segment seems eager to do it again. Fans who really care about the program need to stand up to these “legends in their own mind” and fight this insanity. Morris is going to get four years to rebuild the program and if it is not headed in the right direction in year 4 (not in year 2) only THEN will he be let go. JMVVVVVHO.

And, if my memory serves me right, Dean Smith was “hung in effigy” during one of early seasons. I think the Heels lost 4 games in a row and got trampled by Wake Forest. Didn’t he go on to win more games than any other coach?

Calling someone a loser because of their opinion seems hyperbolic

In context, I think he was referring more to the mindset that if success doesn’t come soon or the way we think it should, that was should just fire the coach is a loser mentality.

If other fans do more than put real estate signs in the coach’s yard, please share examples of similar insanity elsewhere.)

University of Florida fans were much worse on Ron Zook. I lived in Florida during Zook’s 3 years. He won 8, 8, and 7 games in his 3 years. Fans in his last 2 years bought roadside billboards on both sides of the main road leading to the campus, calling for his firing. In his first year, they set up a “fire Ron Zook” website.

In his 2nd and 3rd year, it got so bad that fans would yell “Fire Ron Zook” in unison at home football games.

I think I remember that, when Foley fired him, he told him that he could coach the bowl game. Zook refused. I remember, when all this was going on, Ron was dealing with a tragic situation in the family. I believe it was with his father, but not sure about that. To this day, Ron says publicly how he despises Florida and their fans.

In response to the antics with Coach Nutt. Yes, a very small number of fans made fools of themselves. But that doesn’t justify painting with a broad brush the entire fan base. That’s nothing more than the same “Bash the fans” garbage you get with most ESPN sports commentators. I believe the frustration comes from the fact that the problems with the football team are observable and fixable. Both Offensive and Defensive lines for example. So why are you taking 4 receivers and 3 TEs every recruiting class? And lets not forget our lack of bringing in linebackers as well.

Probably not recruiting many linebackers due to the fact that safety is a more key position in modern college football due to the use of the spread offense. Teams are using nickel and dime as base defenses.

But you still need athletic linebackers when the QB breaks containment and runs for big yardage. That’s killed Arkansas for years.