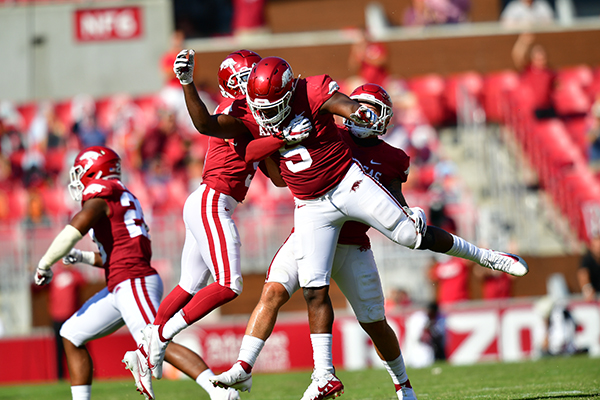 The way to simplify the game of football hit while scanning the Arkansas connections on Jeremy Pruitt’s coaching staff at Tennessee.

Clay I could Your writing on Coach Caldwell all day! He is a fine man and wonderful coach! I never understood why we was not retained when Brett B was hired… to me we have had 3 coaches here at Arkansas that have really been able to recruit Big Time SEC OLs and DLs… Pitman, Washburn and Caldwell! … and we could have two of those 3 on staff at the same time!

One question I have always wondered is why hasn’t Coach Caldwell ever been a DC?

I’ve wondered where Coach Caldwell landed. Great to hear about him again.

The life of a career assistant is tough.

Talked to Jim Washburn on Friday as I was rolling south on US 59. It was his favorite recruiting ground. He told me about Randy Garner taking him to see Jason Peters in a 9th grade hoops game. He said, “I knew he was going to be a great, great player. Turned out he’s a Hall of Famer.”

FYI, he said he worked out Sosa Agim and TJ Smith ahead of draft at the request of their agents and gave them recommendations to the teams that took them. He said TJ needed some help on fundamentals. He changed some things with Sosa, too. He said he loved both of them as players and people. Needless to say, Jim was not a fan of how they were coached by John Scott.

Jim calls me periodically. He called me the night after Auburn game disgusted with the replay ruling.

As far as Bielema’s first staff, I was a fan of Charlie Partridge. He was only here one year. Of course, Charlie invited me tarpon fishing in Florida. That would have been fun.

By the way, I asked Washburn if he’d watched Tennessee this year. He has not. He does routinely watch the Hogs. He likes Pittman and Odom and thinks LeBlanc is good line coach.