Clay or Matt or Scottie, question about sport science on the Hill

I’m sure we have some form of sport science on the Hill, but how extensive. I was reading about the Tampa Bay Bucs and their preparation for travel and how they are trying to enhance performance using some high tech methodology. I have talked with Air Force guys who deal with pilot fatigue for travelling back from Asia and what influences the impact (which was done to reduce the negative impact of overnight call by residents and attendings as it relates to patient care) and there is an abundance of tools to utilize: 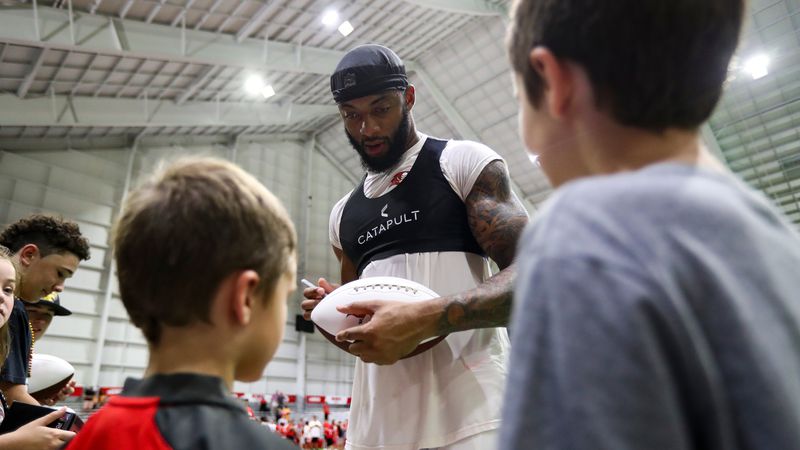 What do we do and who runs it is my question. Since a Catapult device tracks mph of the wearer then it would make a prior question that I asked about top speed attained easily answerable, but as Clay answered that information has not been shared. By choice? or by lack of information available? Morriss is overly sensitive to secrecy for my liking but maybe that technology does exist??

I did not mean to imply that we have sunk to the level of the Bucs, but maybe we have?

Prior to the season, strength and conditioning coach Trumain Carroll said Jordan Jones and LaDarrius Bishop, when fully healthy, ran around 23 miles per hour this offseason. He only provided speeds for those two guys, and did not want to divulge more than that. They have all of that information, though. I know Arkansas players wear these Catapult vests at practice, and their movements are tracked. Like in the first line of the second graf in the story, some of us, too, have joked they look like black sports bras.

They have it for every player as far as the top mph. And they track bounce back and recovery with that kind of data. Morris loves data. He is a math geek. Numbers and stats are his favorite thing.

As far as secrets in the training room, it’s the same as all coaches I’ve dealt with at Arkansas over the last 20 years. They may give you some strength room champs, but limit the overall data that comes from there.

There was a time I was given (when asked) a sheet of every player’s lift. Virgil Knight with Ford and Don Decker with Nutt (in the early years) gave it all to me. I was one of the few reporters (or columnists) that found it useful. The main stream reporters were not doing that kind of stories, but I was at Hawgs Illustrated.

Then, some started to critique certain players. In other words, that information was used by fans to write on message boards and call radio shows criticizng a player or players. Mark Bokermann comes to mind. He’d have both shoulders fixed by surgery and had to start over with bench press. So some here (and on call-in shows) ripped him. Yes, you can explain surgeries or that a player is in rehab, but it gets lost in the shuffle a lot.

So coaches at Arkansas and most places just decided they wouldn’t put out so much of that any more. I get it.

Is it to keep the opposition from knowing the details of speed, power, etc? Probably some of that. But there is also some thought that they don’t want to see a player trashed by a fan for recruiting mistakes, or lack of development in some players.

The information does help the staff understand development or where nutrition can help. And, they do specific training for every player.

I would like more information, but I understand why they don’t give it out in certain instances.

There are sometimes instances in the details of health information that compliance has pointed to where they say it borders on HIPPA violations. I don’t really buy that, but if compliance tells them not to do it, then coaches aren’t going to do it. It might actually suit them.

I saw the 23 mph and decided to look up a little info. Usain Bolt when he set the WR reached 28 mph, but he slowed down at the end. Some speculate he could have reached 30.

However, in the last few months there has been some strides in sport performance fields. Scientists believe a human may actually be able to reach 40. Wonder if it will happen in my lifetime?

By the way 23 is fast. Was it with or without pads?

Usain Bolt when he set the WR reached 28 mph, but he slowed down at the end. Some speculate he could have reached 30.

The 28 mph was his top speed for about 20 meters in midrace of his world record run in Berlin. The fact that he slowed down at the end isn’t relevant here, and there is no reason to think he had another 2 mph in the tank. That 28 mph, by the way, translates to 41 feet per second. If a runner could AVERAGE 28 mph for a 100 meter dash, he would finish in 8.0 seconds.

I’m pretty sure the 23 mph would have been without pads. Nick Chubb’s TD run last week was thought to be one of the fastest sprints by an NFL player during a game in years, and IIRC he topped out at 22 mph.

Funny were talking about this, in the 49er game tonight RB Matt Breida bust a 83 yard TD reaching 22.3 MPH which they’ve said is the fastest run in terms of MPH in the NFL in 2 years

On the numbers Trumain Carroll gave, I assumed he meant Jones and Bishop were not in full gear.

I think that was done in conditioning. So I’m with you Scottie, not in full gear.