Clay, you obviously have a lot of ties in Oklahoma with your work history there. Over the years, was there ever a push for the Hogs and Sooners to schedule a football series with each other? With their proximity, the fact that we play them frequently in other sports, and the fact that both schools have a successful history in football, I’m surprised we haven’t played them in almost 100 years other than our bowl game match-ups. (Maybe the fact that we used to play Oklahoma State regularly had something to do with it.)

For people who don’t know, Arkansas and OU were both founding members of the Southwest Conference when it was formed in 1915, though Oklahoma didn’t stay long (leaving after 1919). We played the Sooners for a few years after they left the conference, but then nothing (other than bowl games) since 1926.

I was just curious if you ever heard any talk in the past about them playing (or maybe why they didn’t).

Boy, football in the South (and the Midwest) might have been very different if those schools had joined up and the Oklahoma schools had stayed.

Not be either side. Ever.

I have written about that. 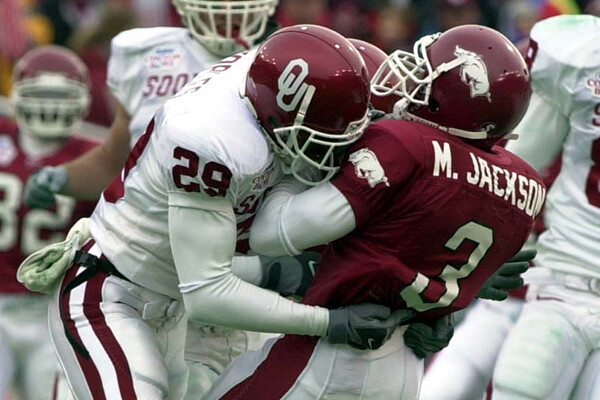 State of the Hogs: Arkansas-Oklahoma football series never made sense

The campuses are separated by only around 230 miles, and Arkansas and Oklahoma fans interact daily along a shared border. So why haven’t they played more?

Thanks for retrieving that. I’m pretty sure I read it when it was first published, but I had forgotten about it. The points certainly make sense.

Now that Texas and OU have committed to joining the SEC, it will be interesting to see if Switzer’s thoughts are accurate. He said he thought being in the Big 12 made more sense for Arkansas. That we’d have some recruiting advantages. We may not have joined that league, but with Mizzou and the Aggies, about half of them have joined us.

Yup. I interviewed him three weeks ago again. 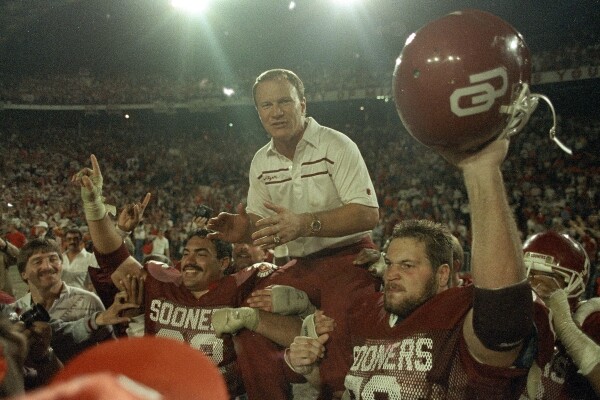 Barry Switzer still had 1 major question when asked about the blockbuster Texas-OU move to the SEC that is now close to reality.

Would prefer playing OU over ut but do recognize the exposure playing ut does for Arkansas in recruiting TX.

OU dislikes ut same as Arkansas, but they too recognize their need to recruit TX & keep that presence, even though TX in recent years is becoming a smaller percentage of OU’s recruiting market.

Like Jerry Jones, Switzer says all of the right things but do believe he still closely follows Arkansas & wants his alma mater to find success.

Indeed Texas is going more National. Switzer always wanted to recruit the Atlanta and Georgia area more than he did.