Clary is coming back 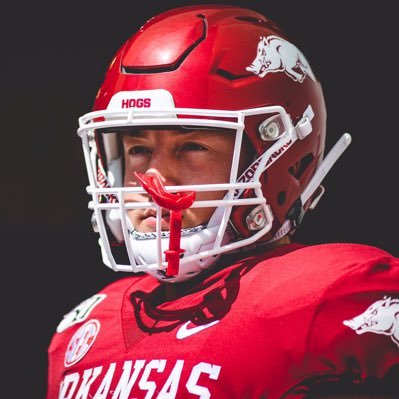 Honored for the chance to play one more year for this State, my brothers, and my Coaches! Unfinished Business! @CoachSamPittman @coachbraddavis https://t.co/HF9XUYNBZD 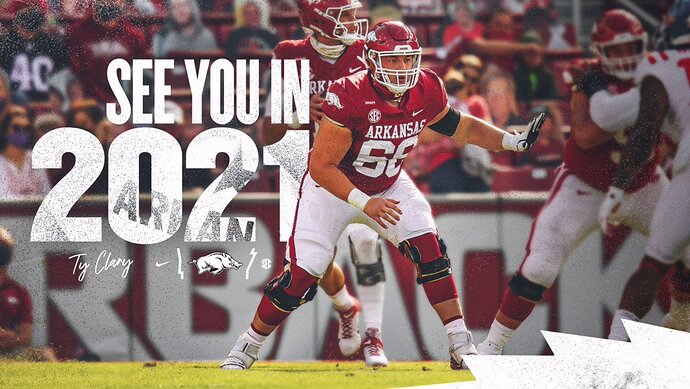 Wow! That’s another big one. It’s a real testament to the health of the program. Way to go, Pittman!

Question-does Pittman have to approve a player coming back, or can they just do it without having to get permission?

Supposedly, all could come back. But they have met with the head coach and know if they if they are needed (and or wanted).

I suspect the answer is gonna be “no”…but he is 6-5 so I gotta ask…can Limmer play right tackle? With Clary and Cunningham coming back, we have our entire starting O-line back Which is huge! But I can’t help but wonder if Limmer can play RT. That might be a formula for getting our best 5 on the field. of course, I know they will look for a Grad transfer as well…but I would think Limmer, Latham, Stromberg, Clary and Cunningham would be your best 5 O linemen on campus.

with cunningham coming back, I’m hoping that Henderson gets a shot at RT, too. how long has it been since we had enough decent OL to have true competition like this? gotta be great for our coaches and team to have this “problem”.

With Clary and Cunningham coming back, we have our entire starting O-line back

I believe Clary has been trained, if not played, at every Oline position. What an asset to have with an extra year.

The staffs of both Morris and Pittman seemed to be high on him.

Injuries have been a problem.

Poor Gatlin has been snake bit as far as injuries go. Sure would like to see what he brings to the party as a healthy player.

I like Clary but really like Limmer better, will see who has the best off season and can win the RG position.

With the 2 seniors coming back it will allow the possibility for the incoming freshmen to red shirt and get in the weight room and nutrition to get their body ready for SEC play.
Showing improvement again next season is all that should be expected.

Maybe AR will finally have some depth at the Oline position 2 deep with SEC caliber players. Could be the spring board to keep it that way in the future, allowing plenty of redshirts for development as needed instead of throwing them in the mix early and injuries compiling.
Under developed linemen tend to get hurt easier I think especially when going up against SEC NFL ready studs.

I think Clary will have his work cut out winning a starting spot at guard, if the other main candidates are healthy. If he does not win the job, it will still be nice to have a guy who has played that much as a reserve interior OL.

I like Clary but really like Limmer better, will see who has the best off season and can win the RG position.

Limmer is having trouble keeping the pass rusher away from his body. Limmer has got to learn to play lower to the ground, in order to be a quality SEC O-Lineman.

Clary has played guard and center at Arkansas. Don’t recall him playing tackle. He did play tackle in high school. I suspect he stays inside.

Clay these transfers work both ways… could you see any leaving ? Especially some OLs that were recruited by Bielema ?

Especially some OLs that were recruited by Bielema ?

Not many of those to leave. To have been signed by BB, who was fired in November 2017 before the first early signing period in December, they would have to have signed in Feb. 2017 or before and thus would be either seniors, redshirt seniors or redshirt juniors right now. That list is:

Ty Clary – coming back.
Shane Clenin – second team guard at the end of the year, plays on special teams, has started three games.
Dalton Wagner – has been a frequent starter (17 games)

That’s it. Could Clenin or Wagner bail? I guess it’s possible but it’s not because they haven’t been getting snaps.

Could some younger players bail who haven’t been playing much? Sure. Some always do.

Limmer has had a few issues with Pass pro but comes off the ball and run blocks as good as anybody we have, he has got to get a better base in pass blocking and he will be fine,gets his weight over his toes a little but I still like him a lot.

Those guys (Clenin, Wagner) have to know that their spot is a target for upgrading. Both could land at a G5 school and contribute. But, Wagner started half the year when Gatlin was out - not sure you walk away from a starting gig. Same for the DL. Lots of young pups on the DL and I am not ready to move on from the Morris or Pittman era recruits, obviously. Might see the Bielema recruits there (Porter, Fulwider) seek some playing time elsewhere knowing that they are looking to upgrade a position where they’ve not seen the field.

Jordan Curtis (CB) is about the only Bielema recruit I can think of who hasn’t had a shot yet, and would likely move on (here, to a lower division) to have a chance at playing. Koilon Jackson (WR) seems like a perfect candidate to wind up at Illinois. Younger brother is there, and Koilon was a Bielema recruit. Wagner, from Illinois, might see Illinois as a good destination also. For that matter, Clenin is from St. Louis.

These are the guys deepest in the roster - most number of years with little playing time, or most likely to be passed by with an upgrade. Specifically, upgrades that we are vocally out there discussing as a coaching staff.

Rough game. I’d hate to have my performance discussed on a fan message board!