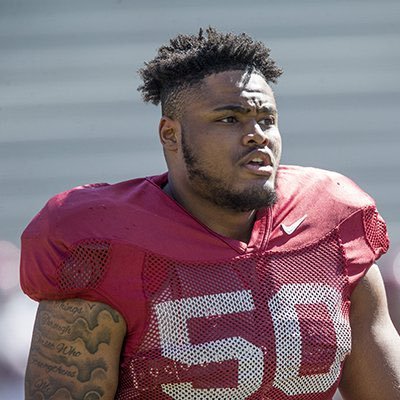 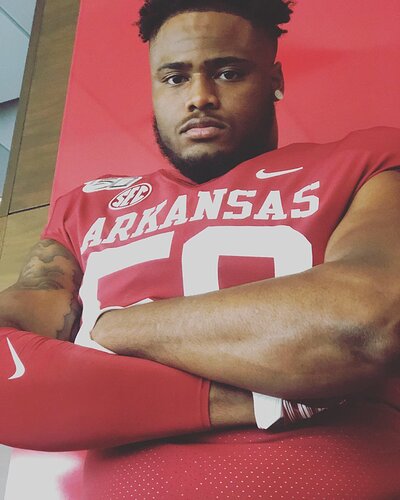 Do we have any idea why?

He opted out of this season and did not play last year. I’ll speculate he saw no chance of PT at Arkansas. Probably told that by the coaches. But that’s just my opinion.

Don’t I remember that he was very highly rated in the JUCO ranks? Was there any injury or other mitigating circumstances that caused him to never see the field? I remember a post by an insider that said something to the effect that he seemed to be playing “soft” in practices. Did he just never gain the strength to play in the SEC?

Seems like a miss by everyone involved in recruit rankings. I’m not talking about our insiders on this board.

Thanks for the info. I didn’t even recognize his name, so I thought it might be that, but I didn’t want to suggest it since I didn’t know. Glad he’s leaving for a better chance to play elsewhere. Also glad he frees up a spot for us to upgrade our personnel.

He never had the feet and mobility to play in he SEC. Freshmen DEs were making him look back in spring practice.

Sadly, Nwanna from Lackawanna was not the manna for the programma.

Not good when a tackle is looking back…

This is going to sound mean, but he was skinny when he got here. He had a nice frame, but could not add bulk, muscle and was slow afoot. Not a good evaluation by the previous staff and they realized it when he was unable to add strength and bulk in the first spring here. They honored his scholarship thinking perhaps it would take him a bit longer to get stronger. It was obvious when he came back from the spring/summer quarantine that he wasn’t going to change his body. He was not quick enough to play tackle and not strong enough to play guard. And, he was told he wasn’t going to play and opted out. He is DII.

I don’t think that’s being mean to the former staff at all. They simply couldn’t evaluate. Catalon and Burks didn’t need evaluating, they just needed an offer and some love.

He won’t be the last miss in recruiting.
The young man can go play somewhere else and be successful at a lower level and have fun. I wish him the best.

If I remember correctly (and I get fuzzier the older I get), but I think he was a very last minute offer when we were desperately looking for any OL over 225 pounds.

If we are saying a player is not SEC talent on the current team, there should be a LONG list of names posted by the insiders then.
There are starters that fit that description. Including a certain walk on CB that people on here have been gushing over.

Out of all the things to talk about why pick on a young man that 1. pays his own way 2. plays his heart out 3. has worked hard for our team?

Any other positions you want bash on. Walkons or schollies. Or you just picking on the ones we gushed over.